This is the improved version (V2) of the popular Dynam P-47D Thunderbolt. This new version now includes a Tomcat Skylord 40 Amp ESC with XT60 connector, pre-installed flaps, pre-installed flap servos, LED lights with pre-soldered connector ends and LED light controller for static and flashing operations.  The Republic P-47 Thunderbolt is one of the largest and heaviest fighter aircraft in history to be powered by a single piston engine.  It was built from 1941-1945.  It was heavily armed with eight .50-caliber machine guns, four per wing.  When fully loaded, the P-47 weighed up to eight tons, and in the fighter-bomber ground-attack roles could carry five-inch rockets or a significant bomb load of 2,500 pounds; it could carry more than half the payload of the B-17 bomber on long-range missions.  Dynam brings the P-47D Thunderbolt back to life with this exciting new 1220mm (48") wingspan - PNP version.  All you need is a 5 channel radio, 5 channel receiver and 4S 14.8V 2500-3000 mAh Li-Po battery with XT60 connector to take to the skies!

Descriptions and Pictures from Motion RC 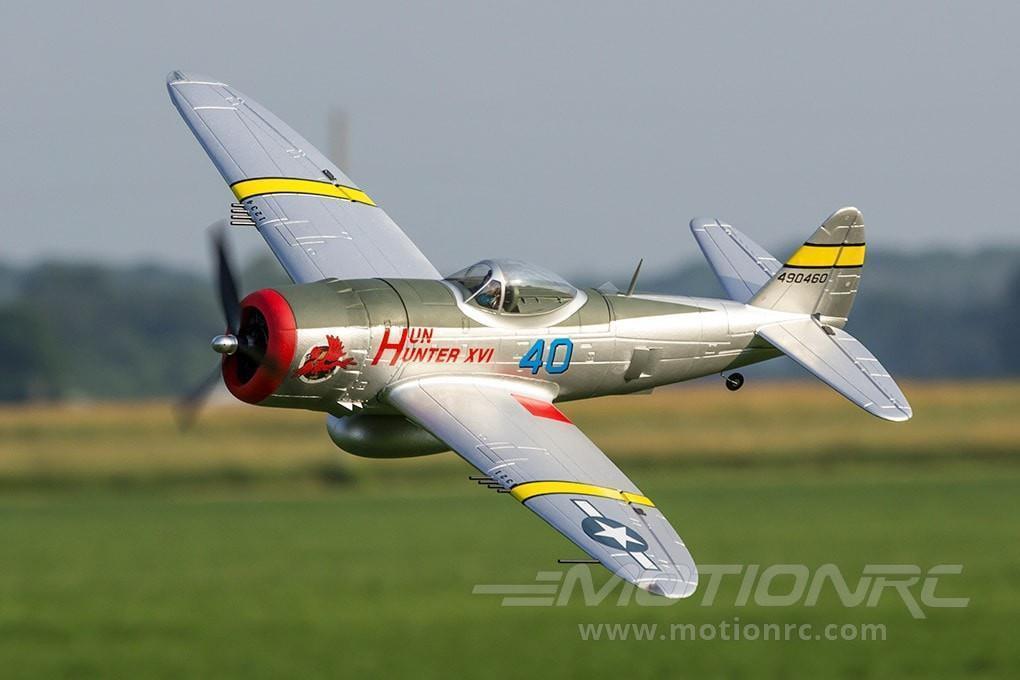 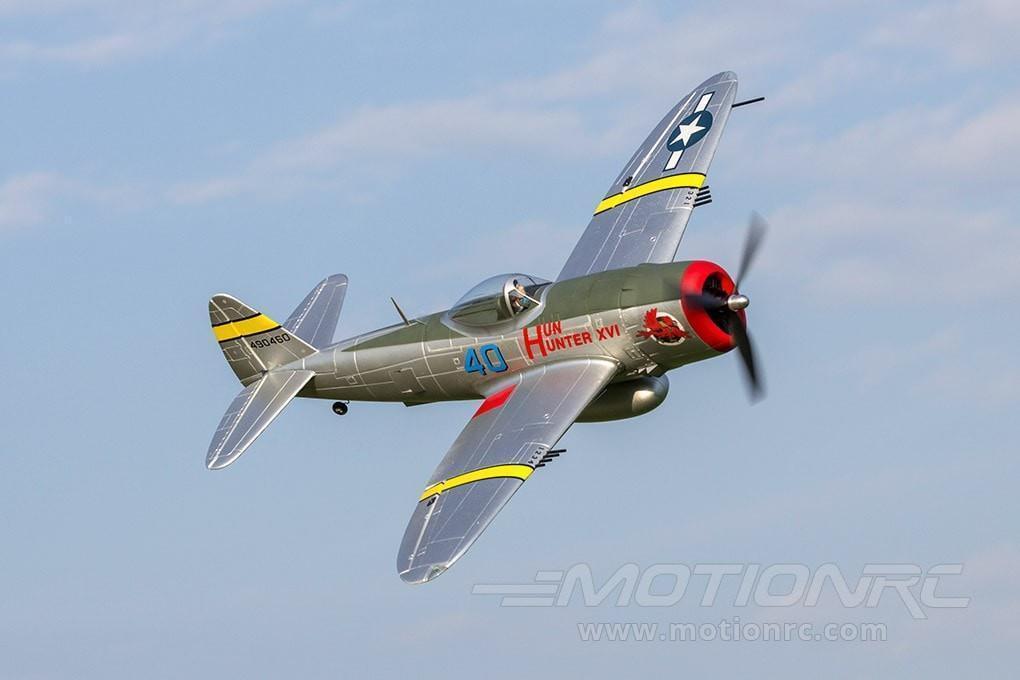 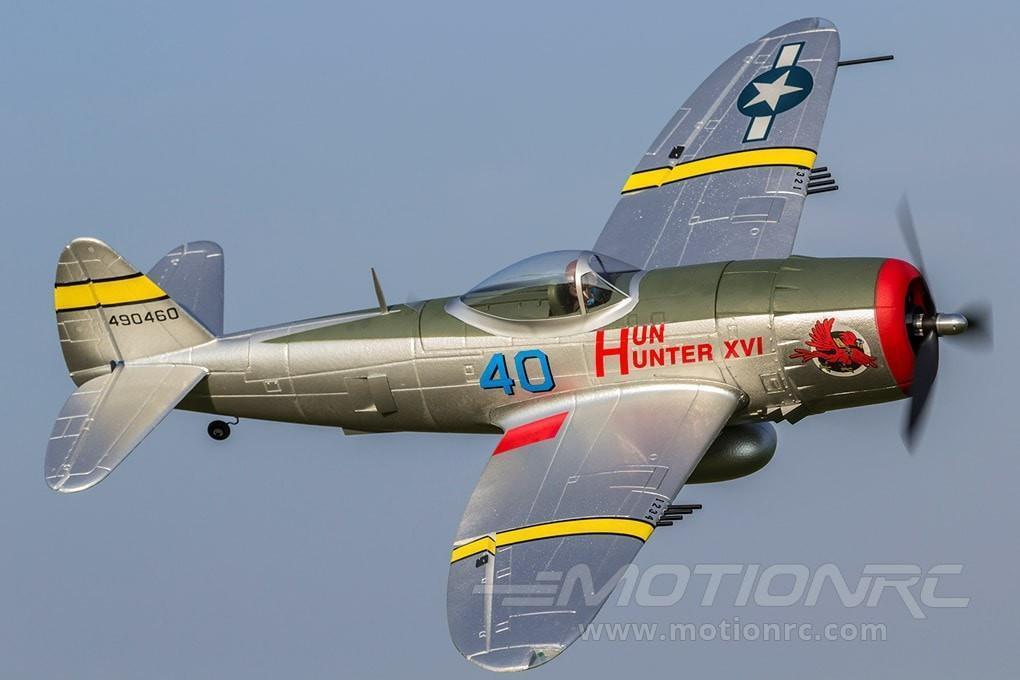 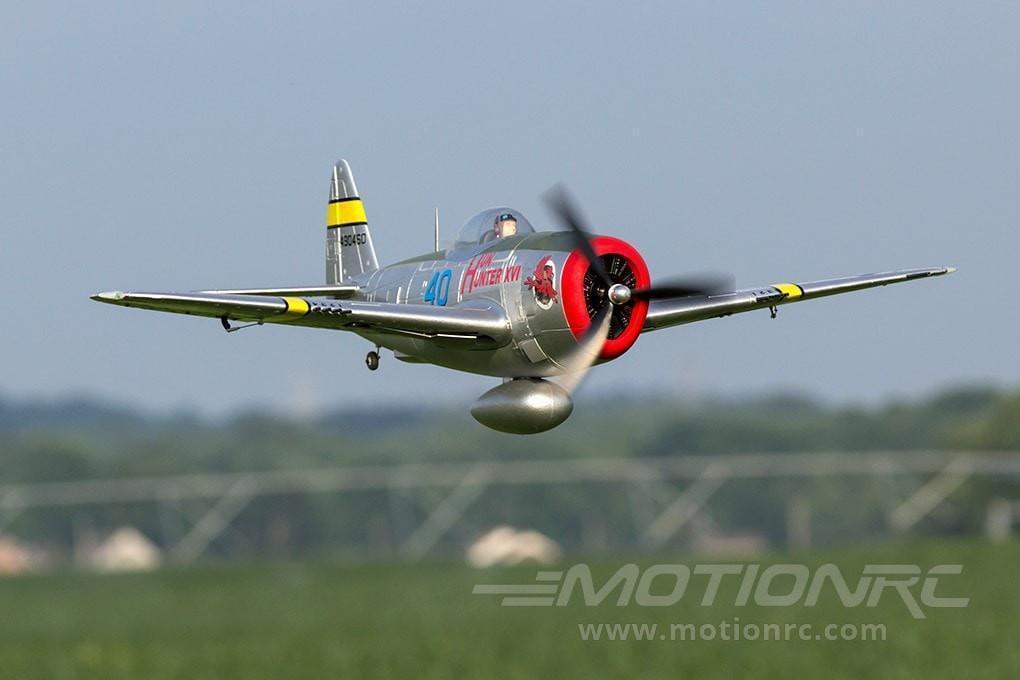 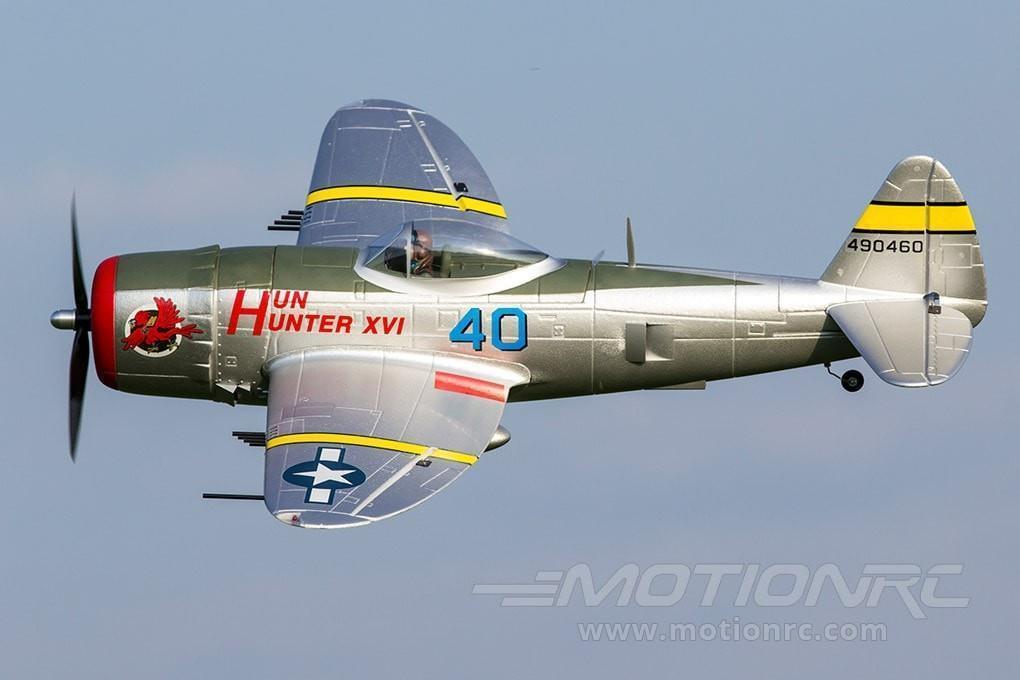 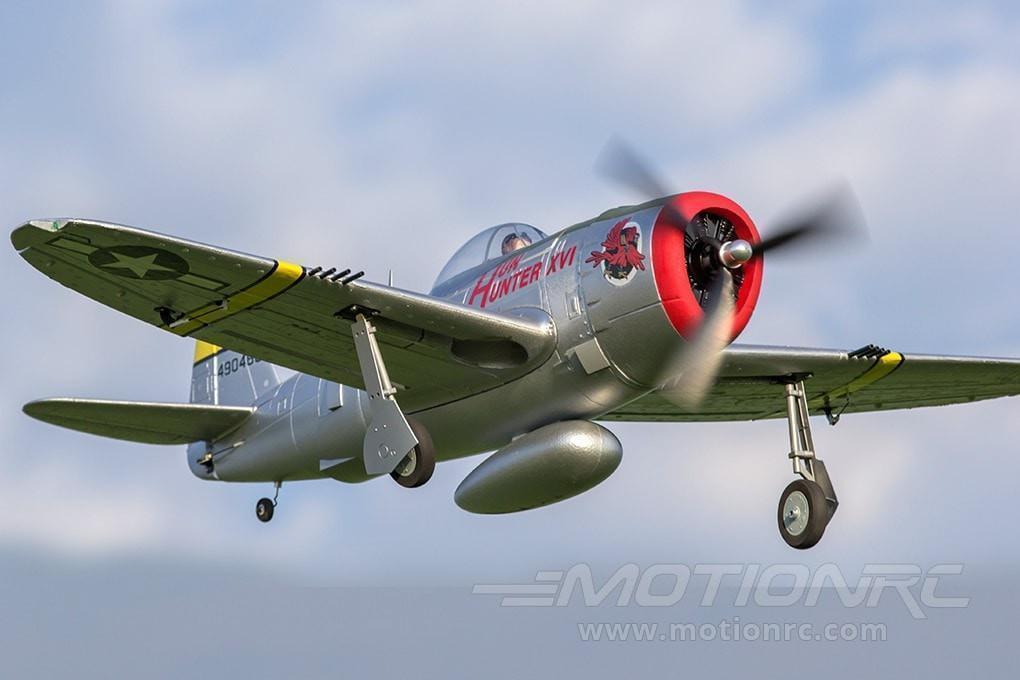 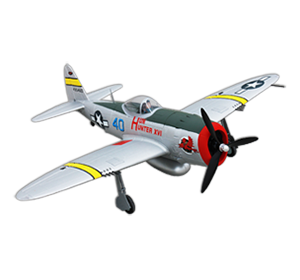 We cannot guarantee that the shops listed below do sell the P-47D Thunderbolt V2 in particular but at least we know they do distribute Dynam.