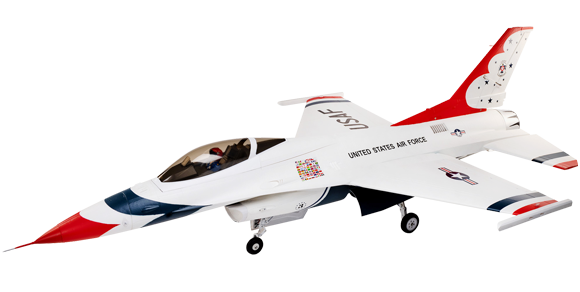 The E-flite® F-16 Thunderbirds 80mm EDF jet is the Smartest and most detailed high-performance model of the iconic airshow aircraft yet! Extra Scale details, including molded-in panel lines, simulated antennas, indicators, sensors and more, take realism to the next level. Functional Extra Scale features include LED navigation and landing lights, full-flying stabs, optional-use flaperons, sequenced gear doors plus the most scale-like retractable landing gear installed on an F-16 EDF model yet. Both versions include nine factory-installed digital, metal-geared servos, and with the ARF Plus version you can install the compatible receiver and an 80mm EDF power system of your choice — from another similar class model or using other compatible components.

The BNF® Basic version includes a V2 12-blade 80mm fan, high-power 2100Kv brushless inrunner motor, and a 100-amp Spektrum Avian™ Smart ESC to deliver fantastic performance with popular 6S 4000–7000mAh LiPo batteries – plus an incredible turbine-like sound. This efficient power system provides better performance and longer flight times than the 6S-compatible power systems used in similar-sized models powered by 90mm EDFs. It's also equipped with a factory-installed Spektrum™ AR8360T receiver featuring exclusive AS3X® and optional-use SAFE® Select technologies. When using compatible transmitters, the receiver and Smart ESC supply overall battery voltage, current, motor RPM and other telemetry data in real-time – with Smart and non-Smart batteries – along with optional-use motor reversing to shorten rollouts after landing and for other special ground handling capabilities. Constructed of molded EPO with plastic-capped strakes, hatch edges and openings to prevent damage to the fully-painted white plus red and blue finish during handling and when installing/removing batteries, this F-16 assembles without glue and can be ready to fly in much less time than other similar class models! 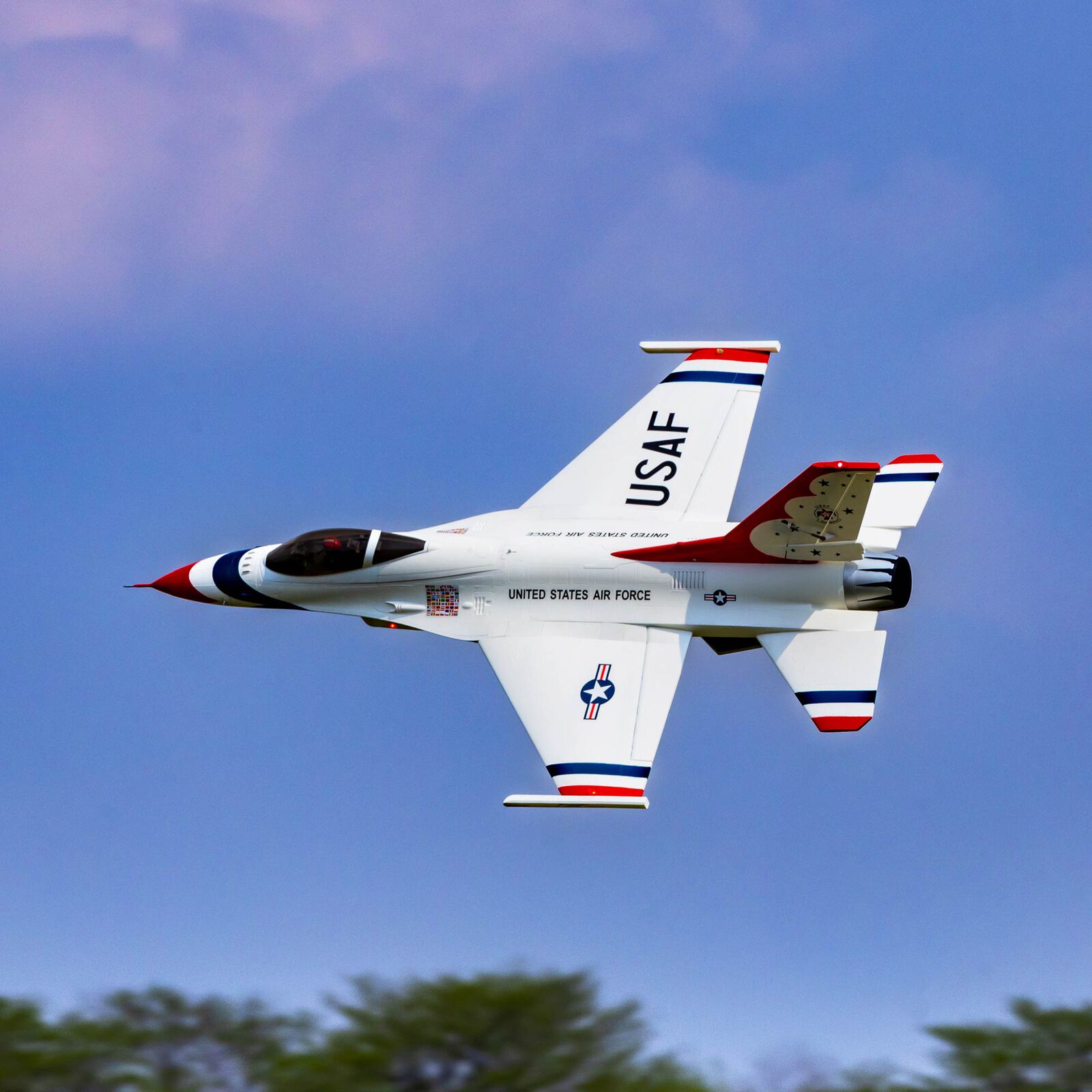 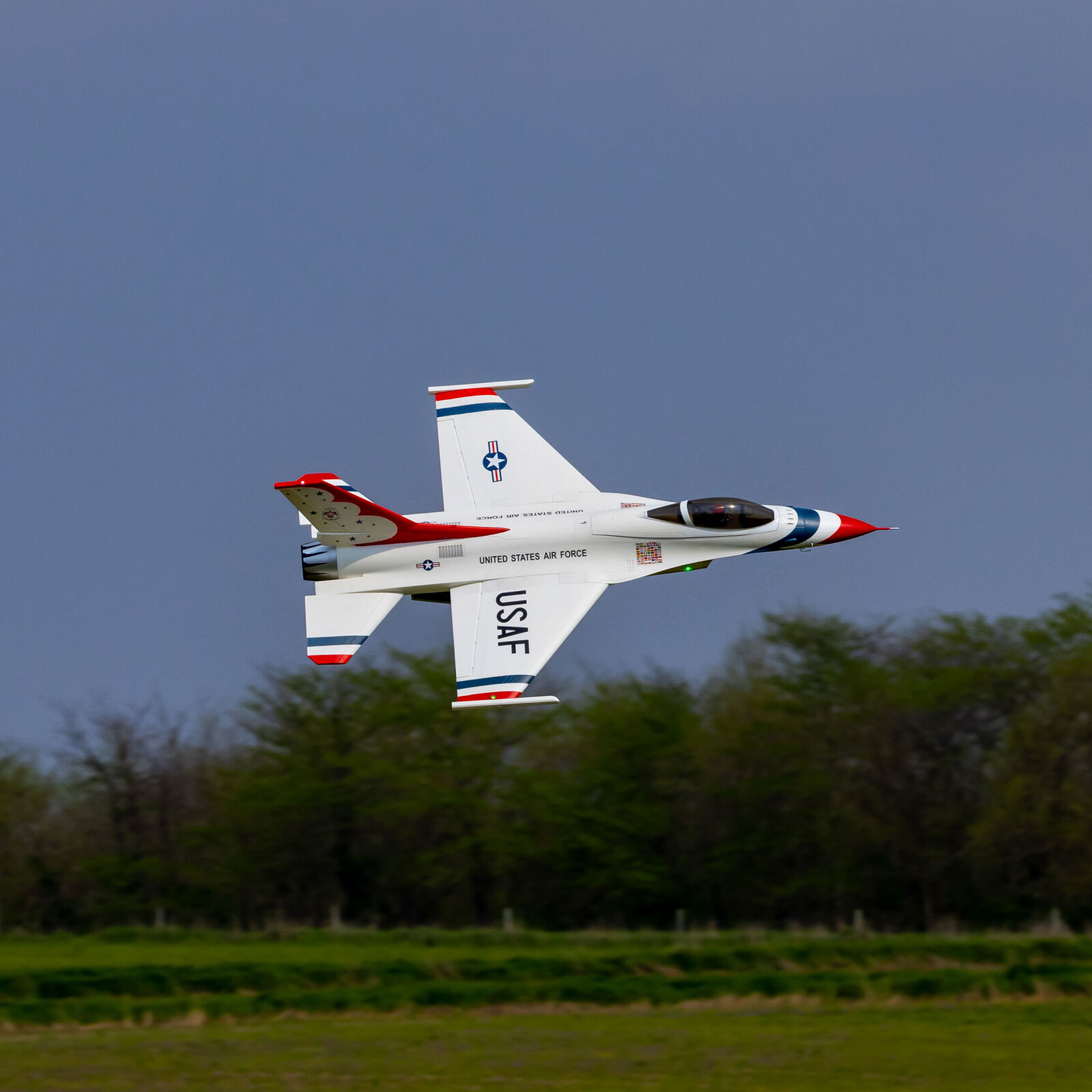 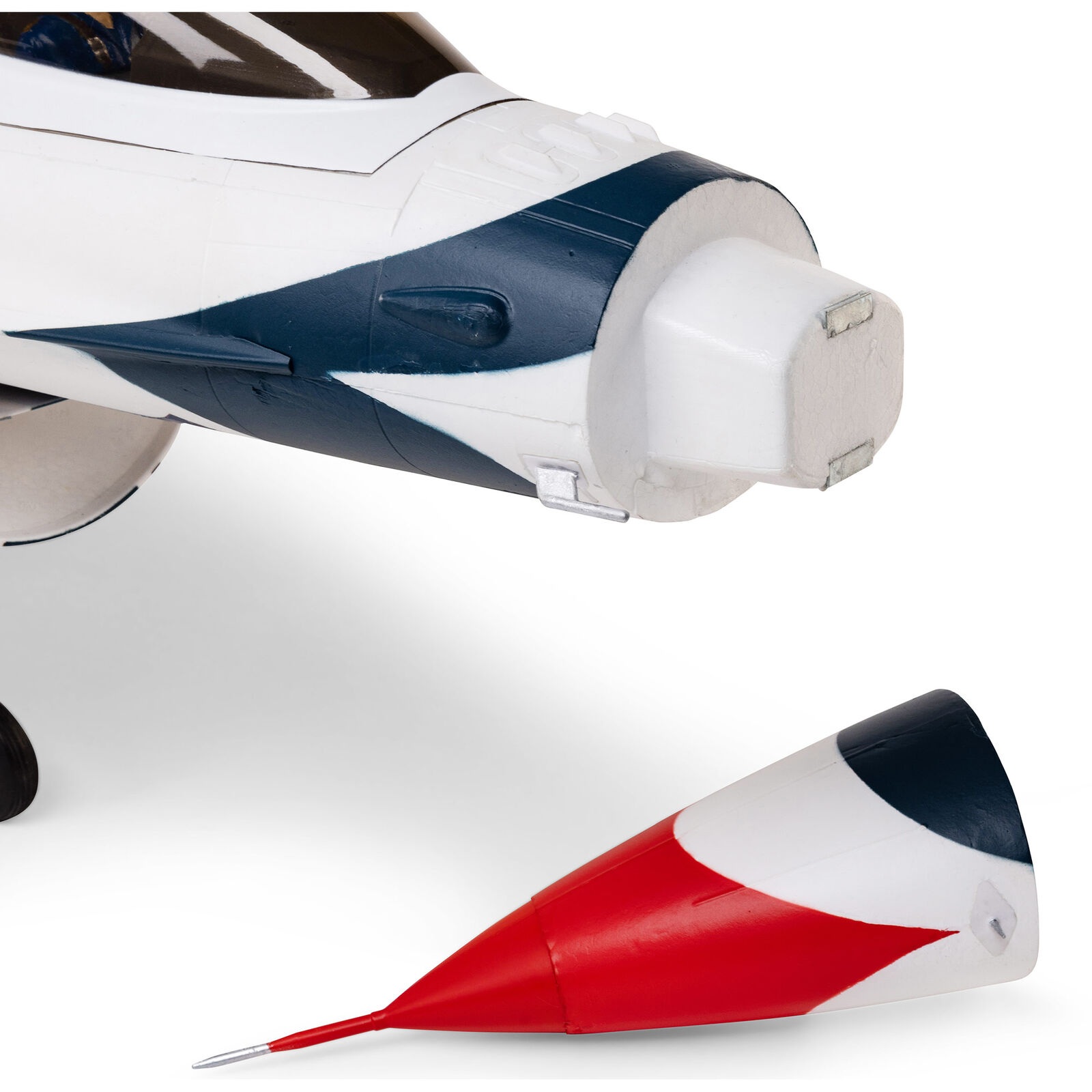 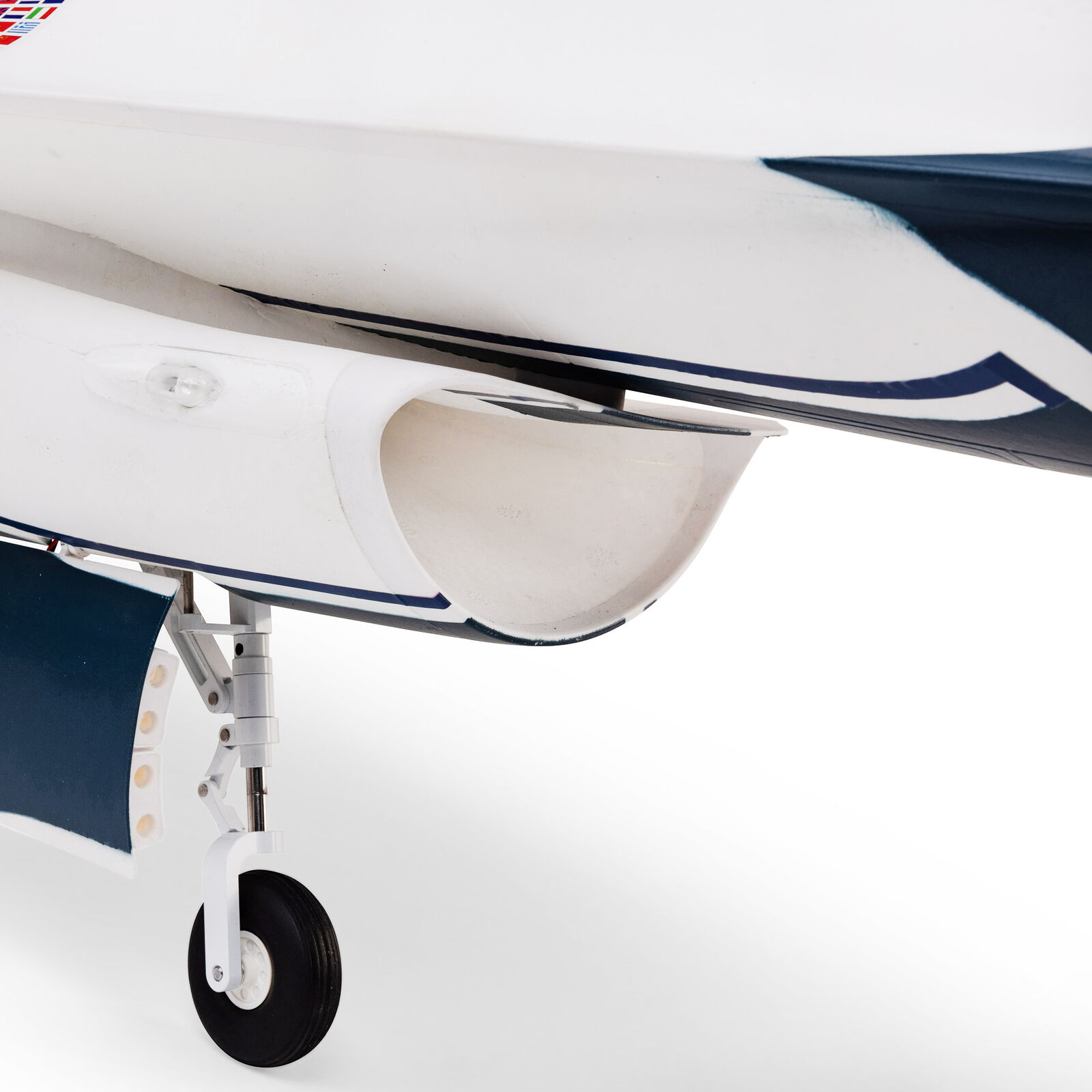 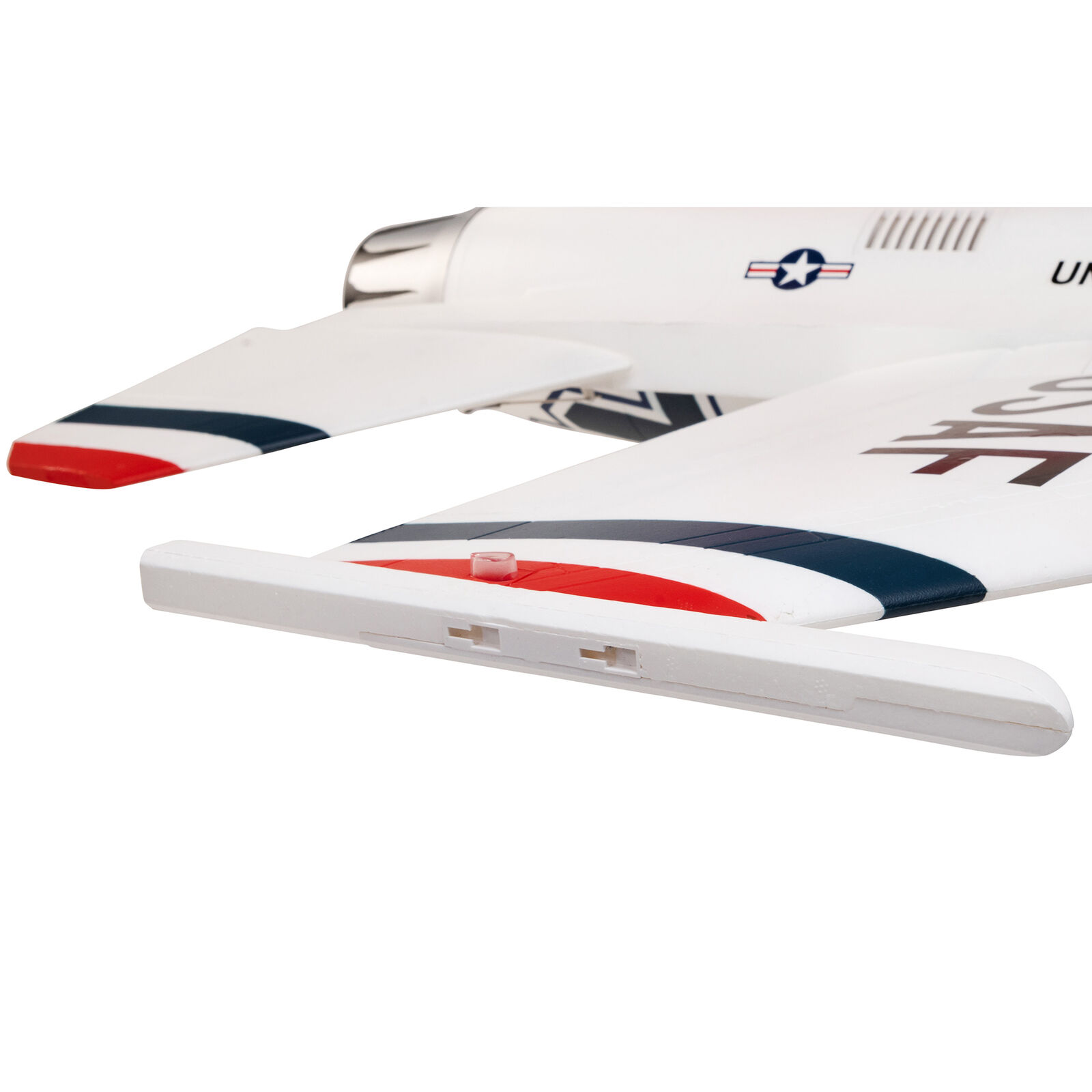 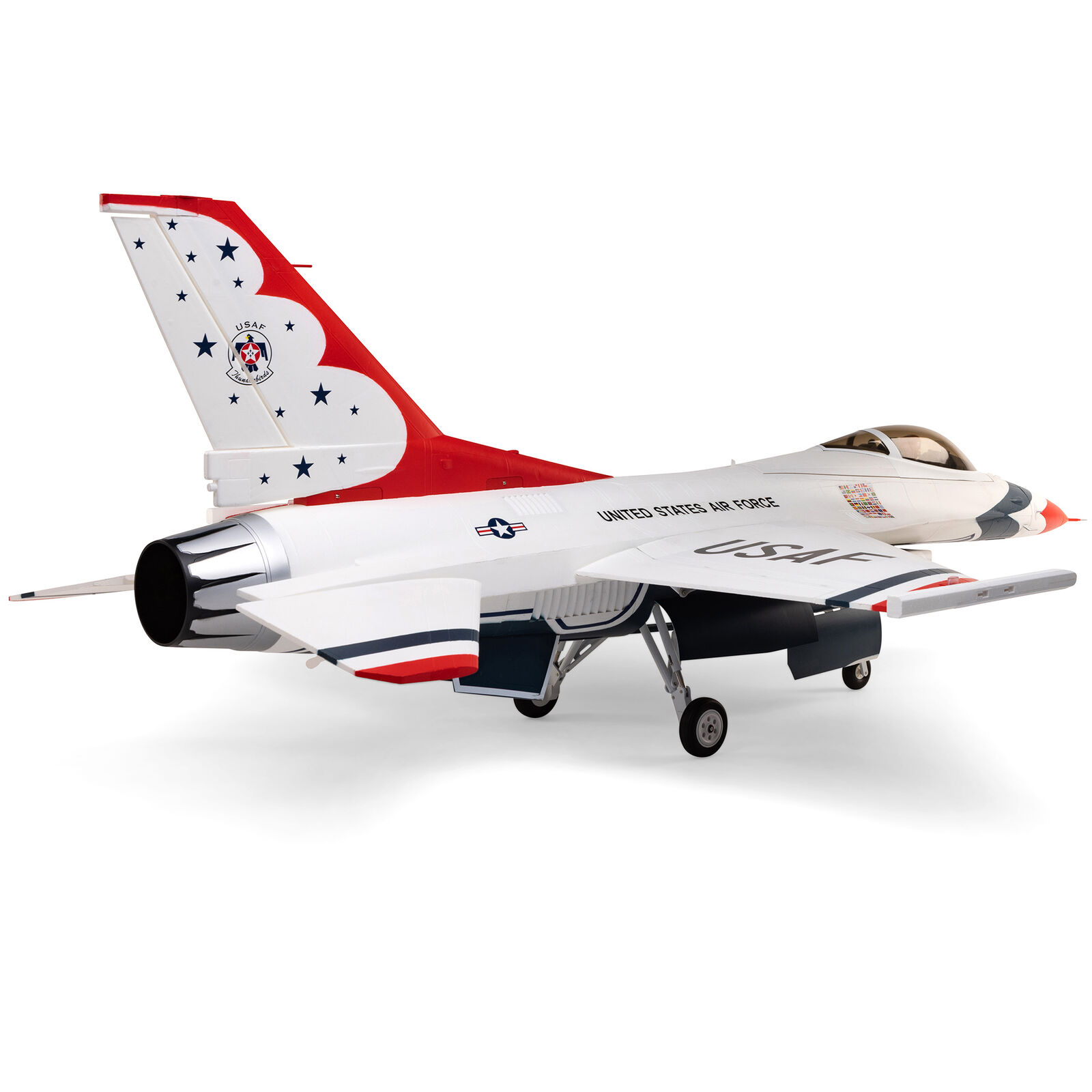 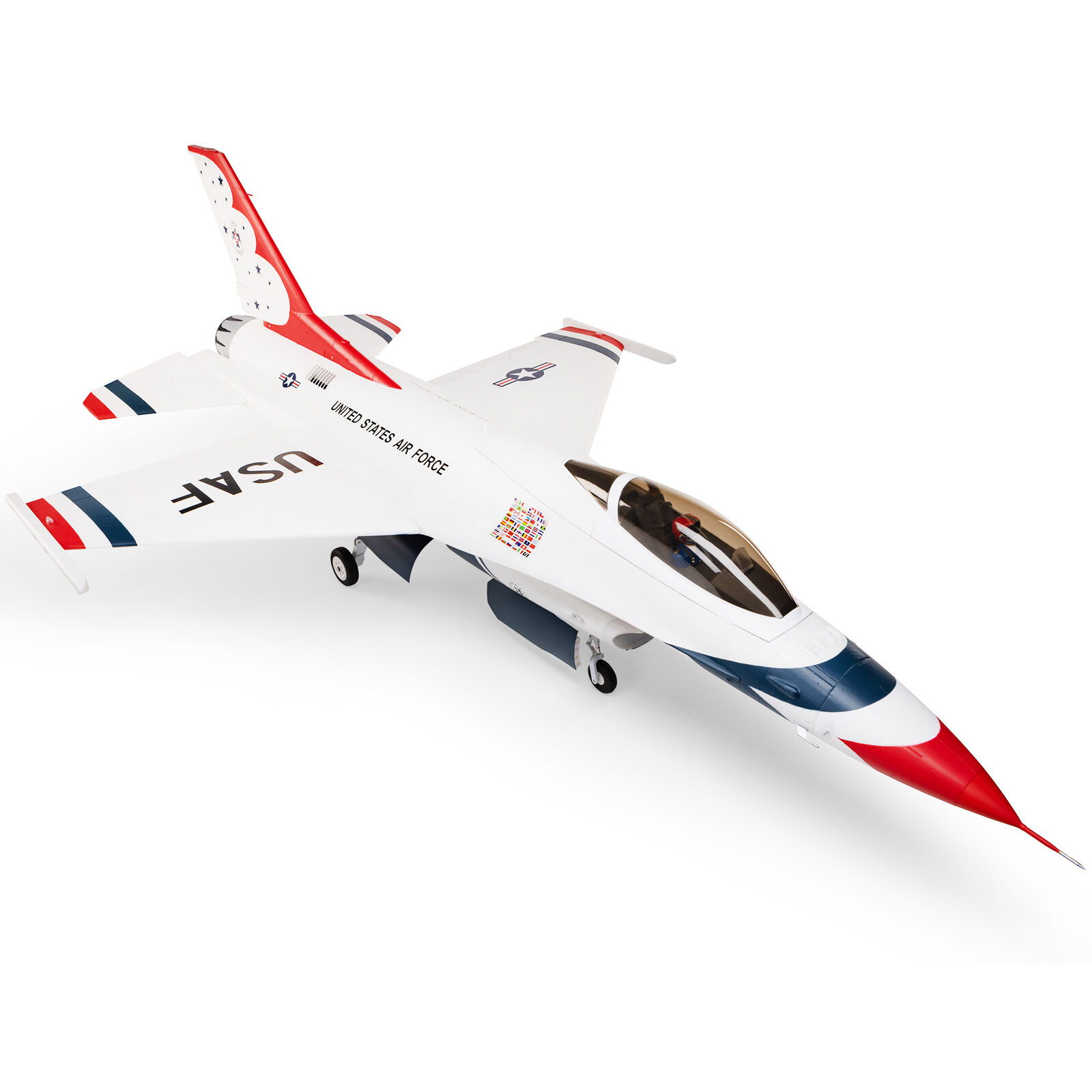 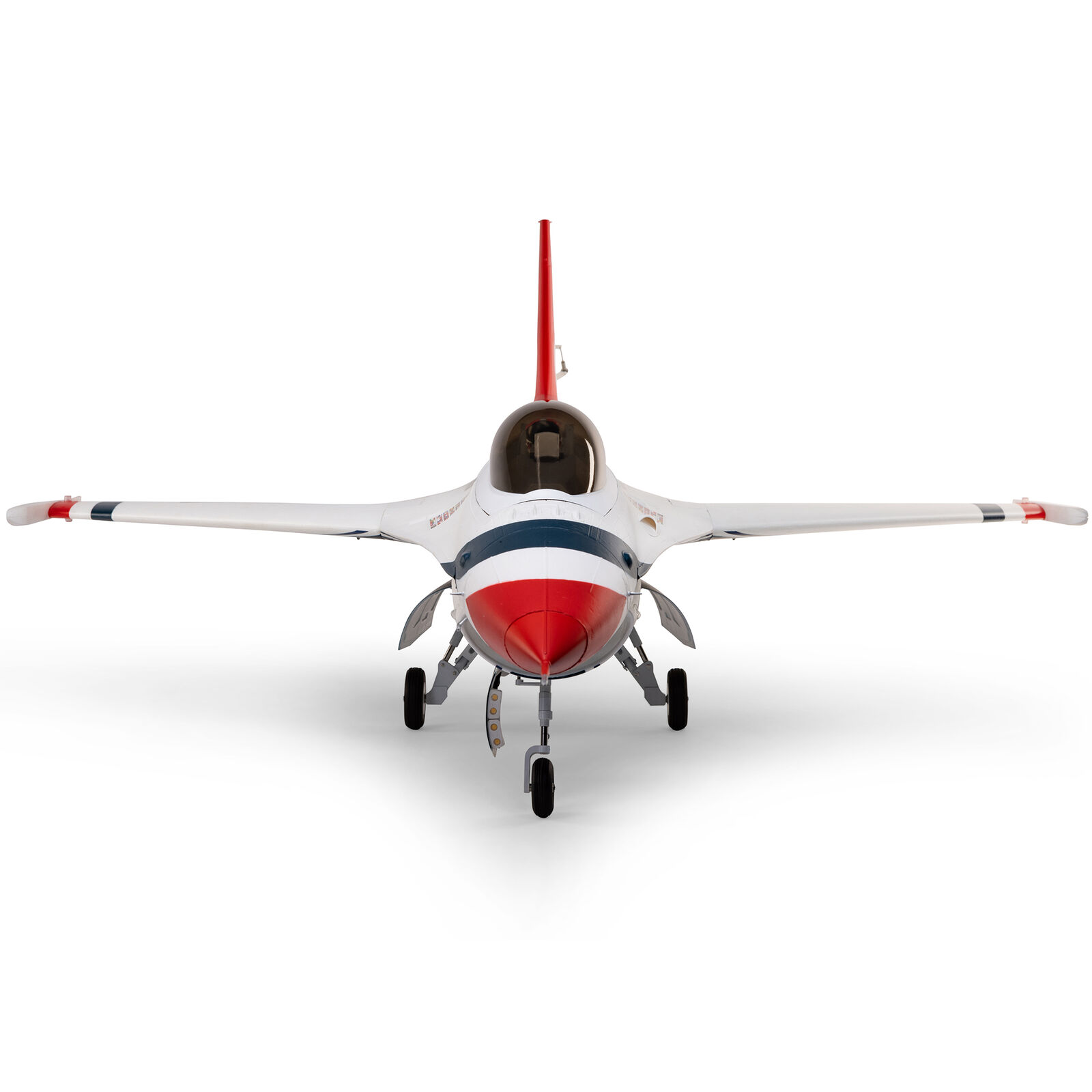 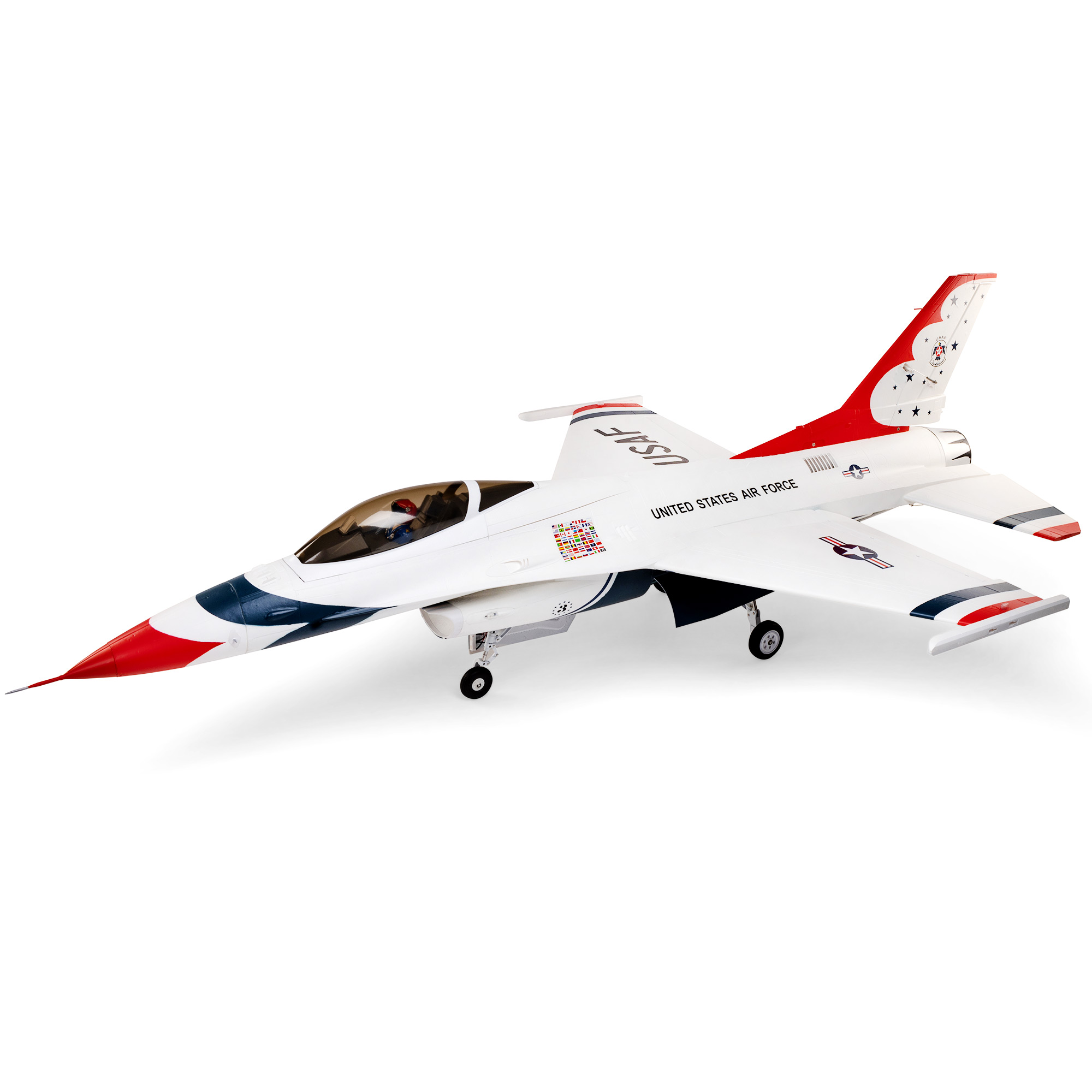 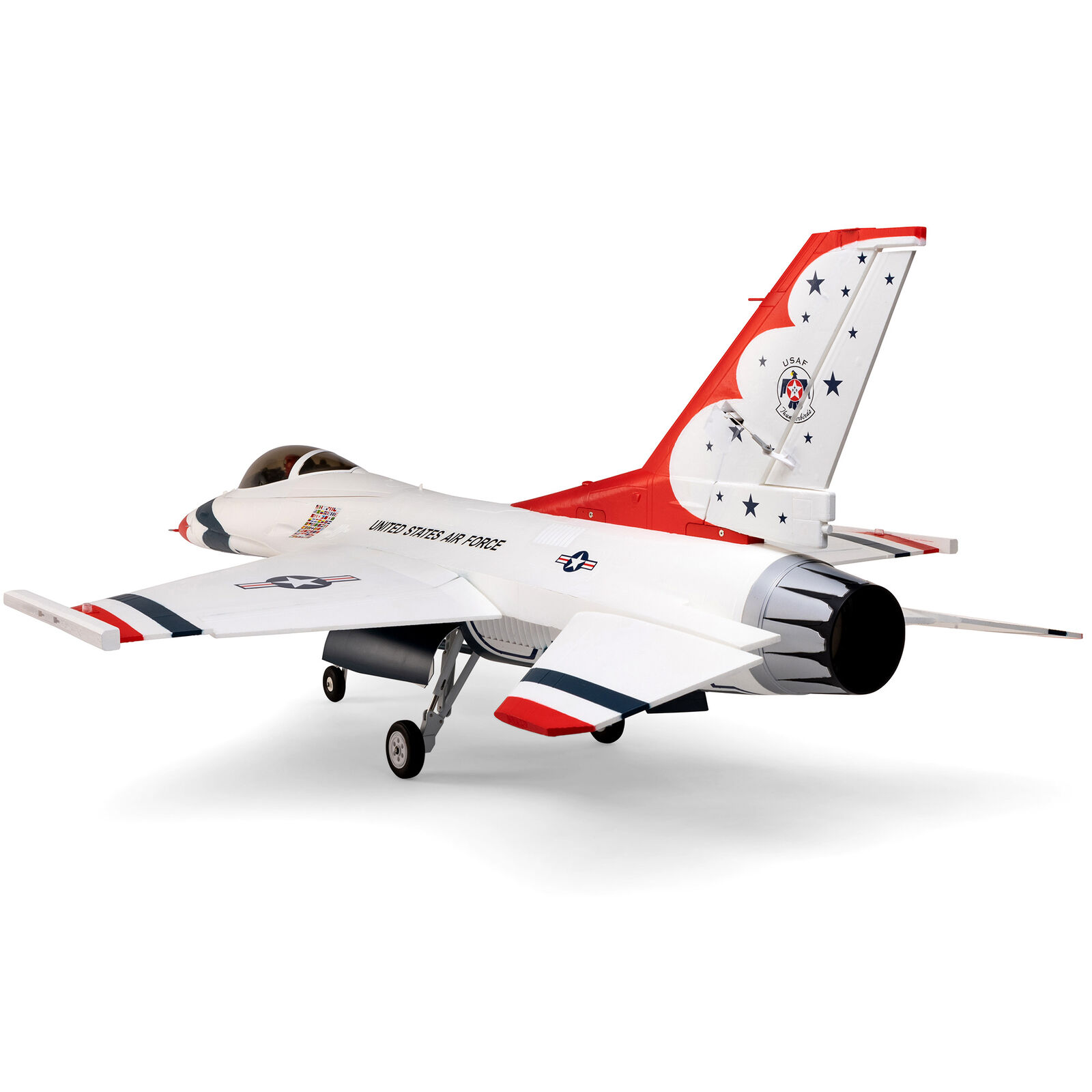 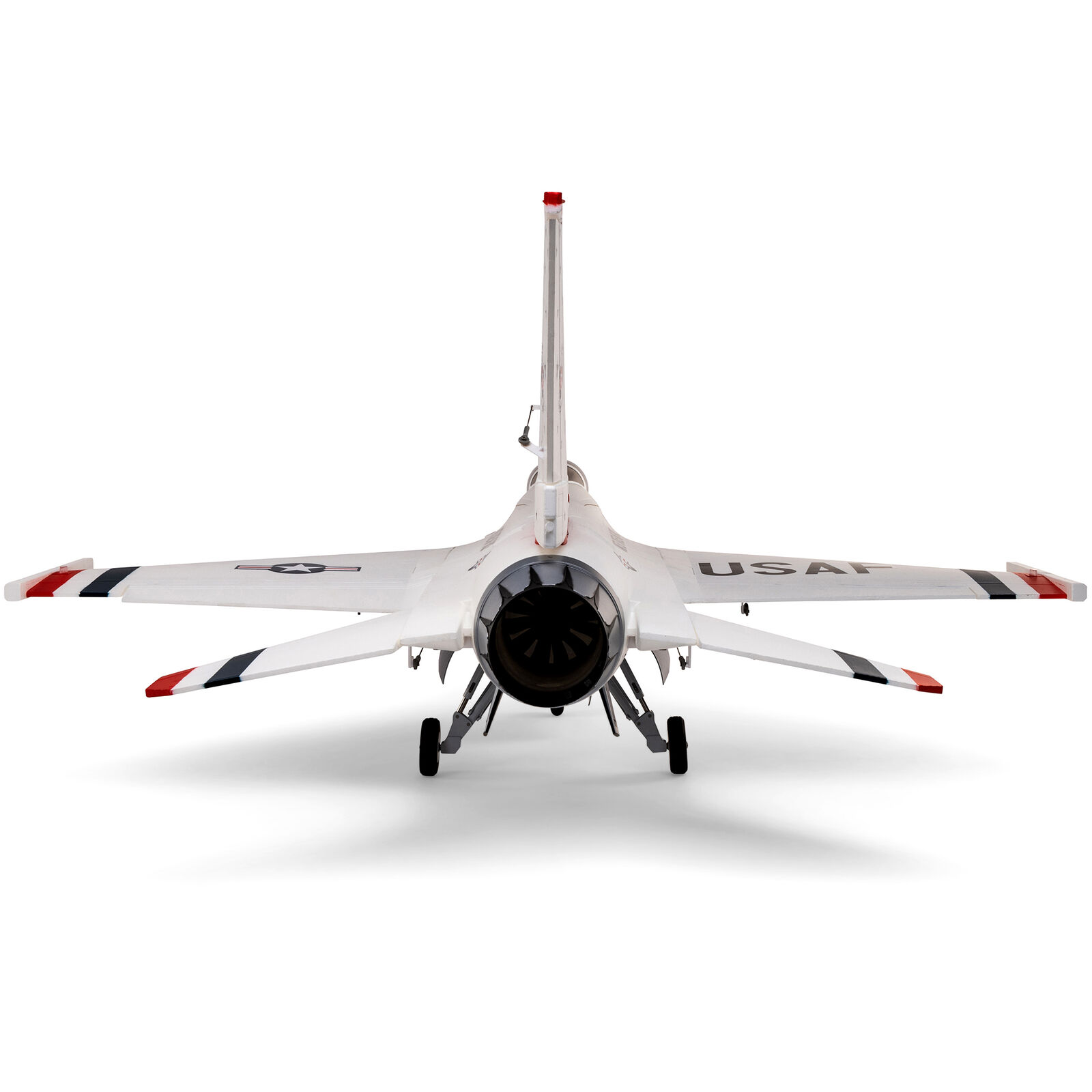 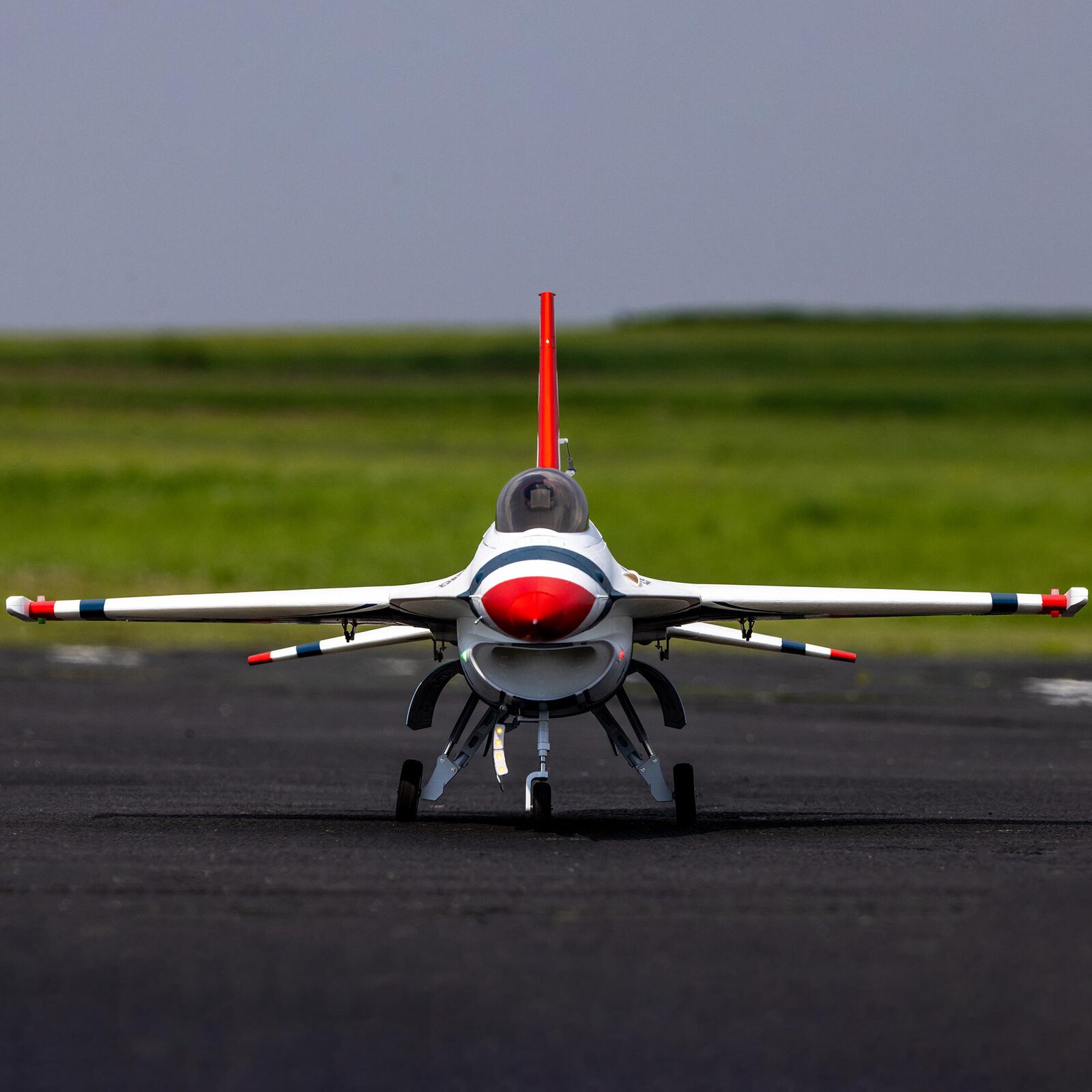 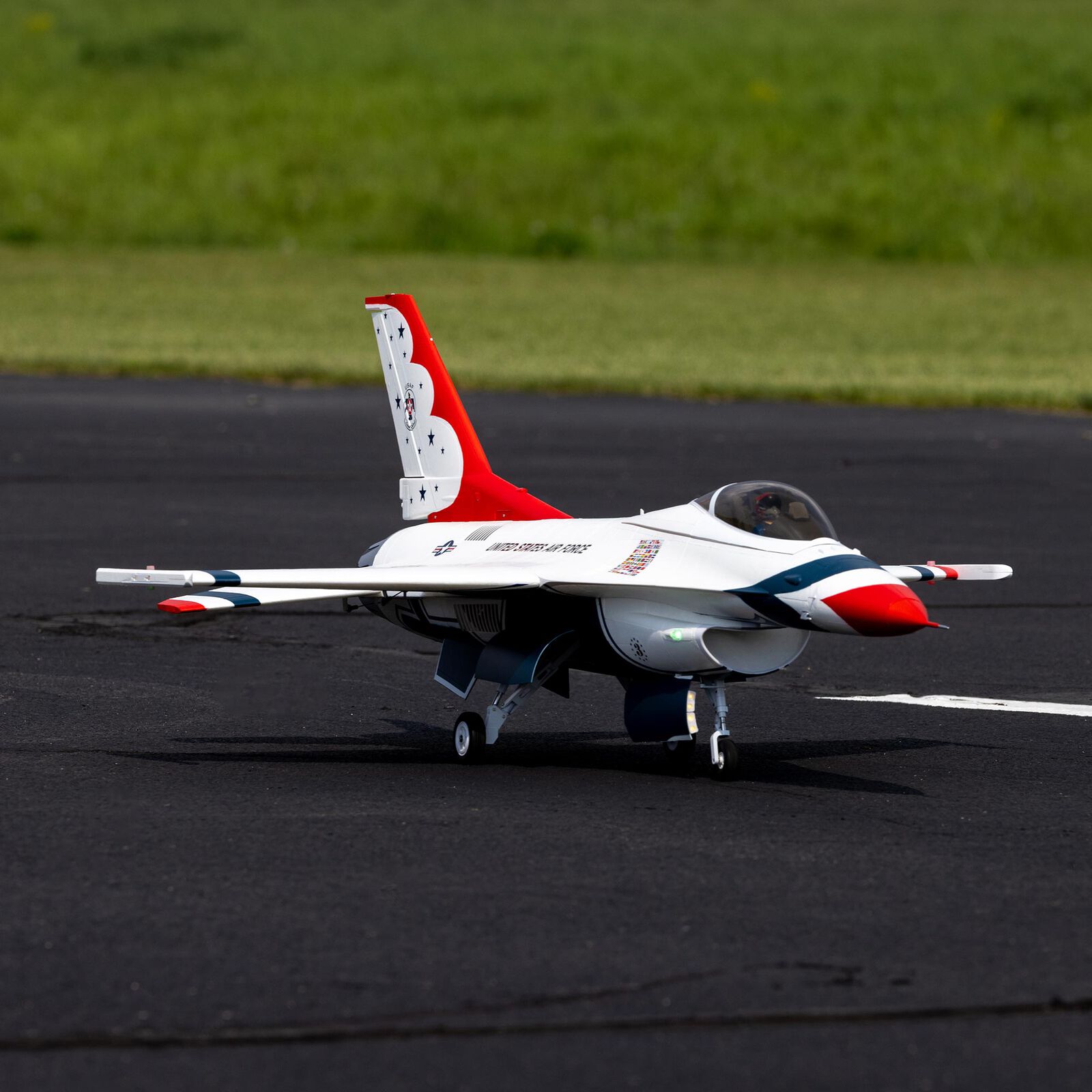 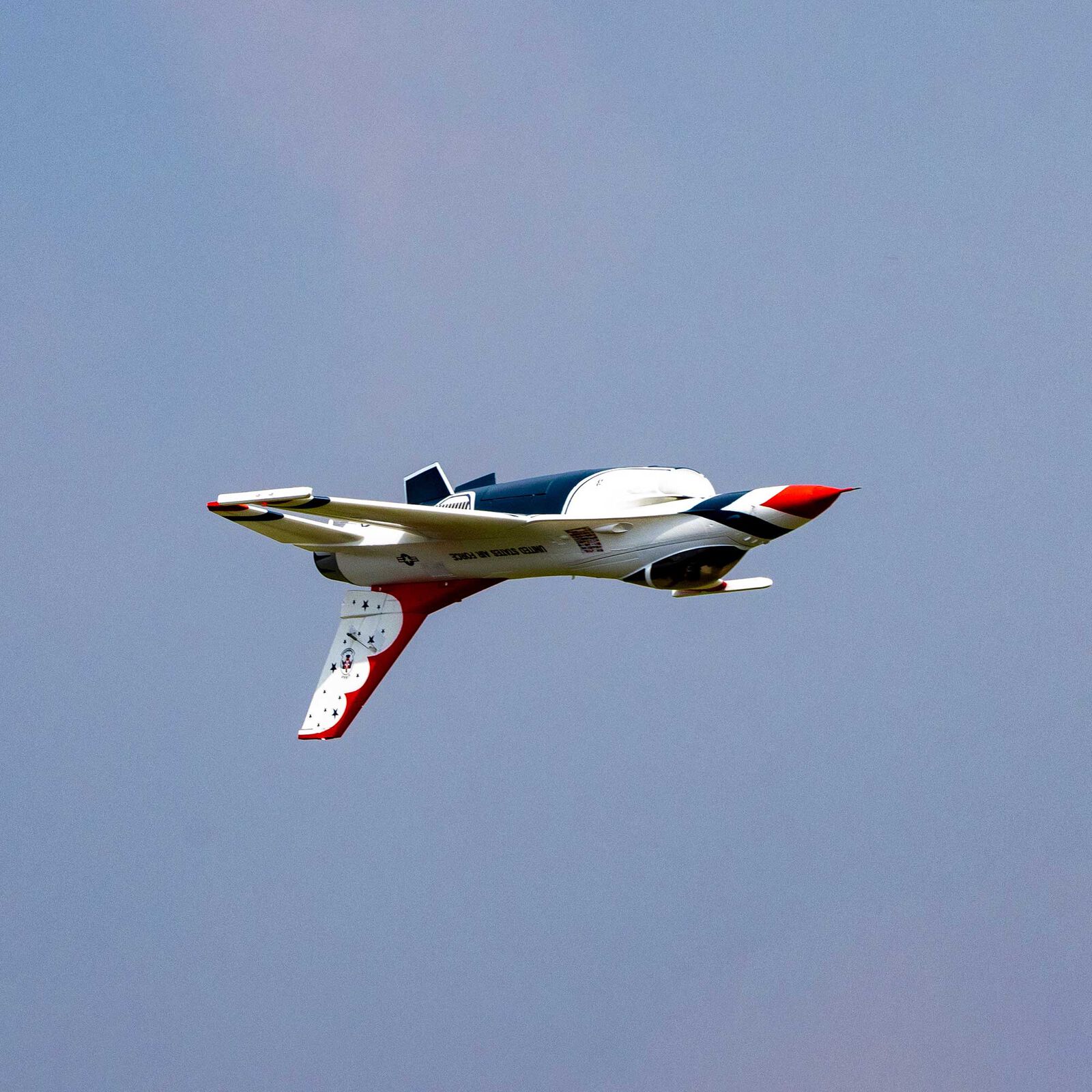 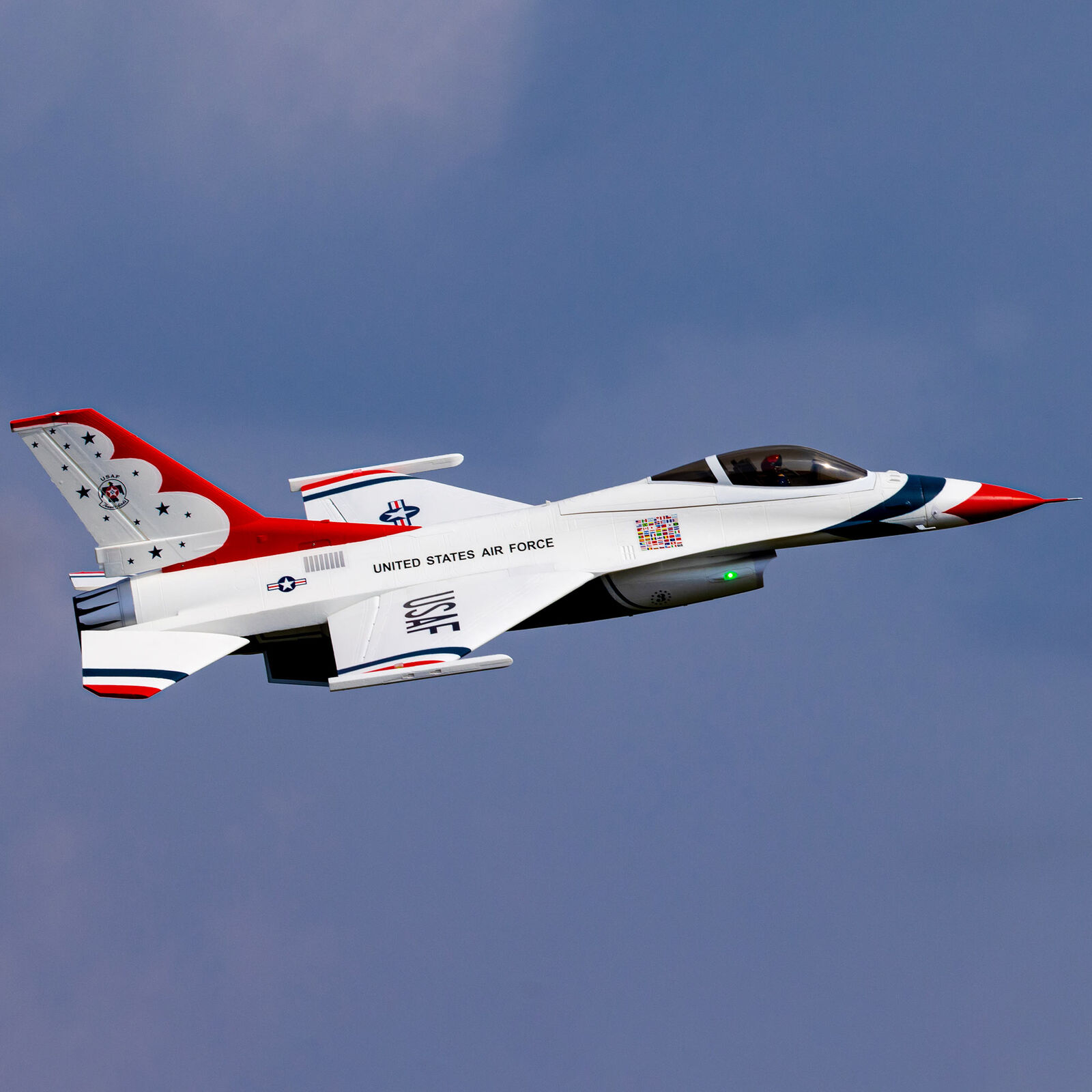 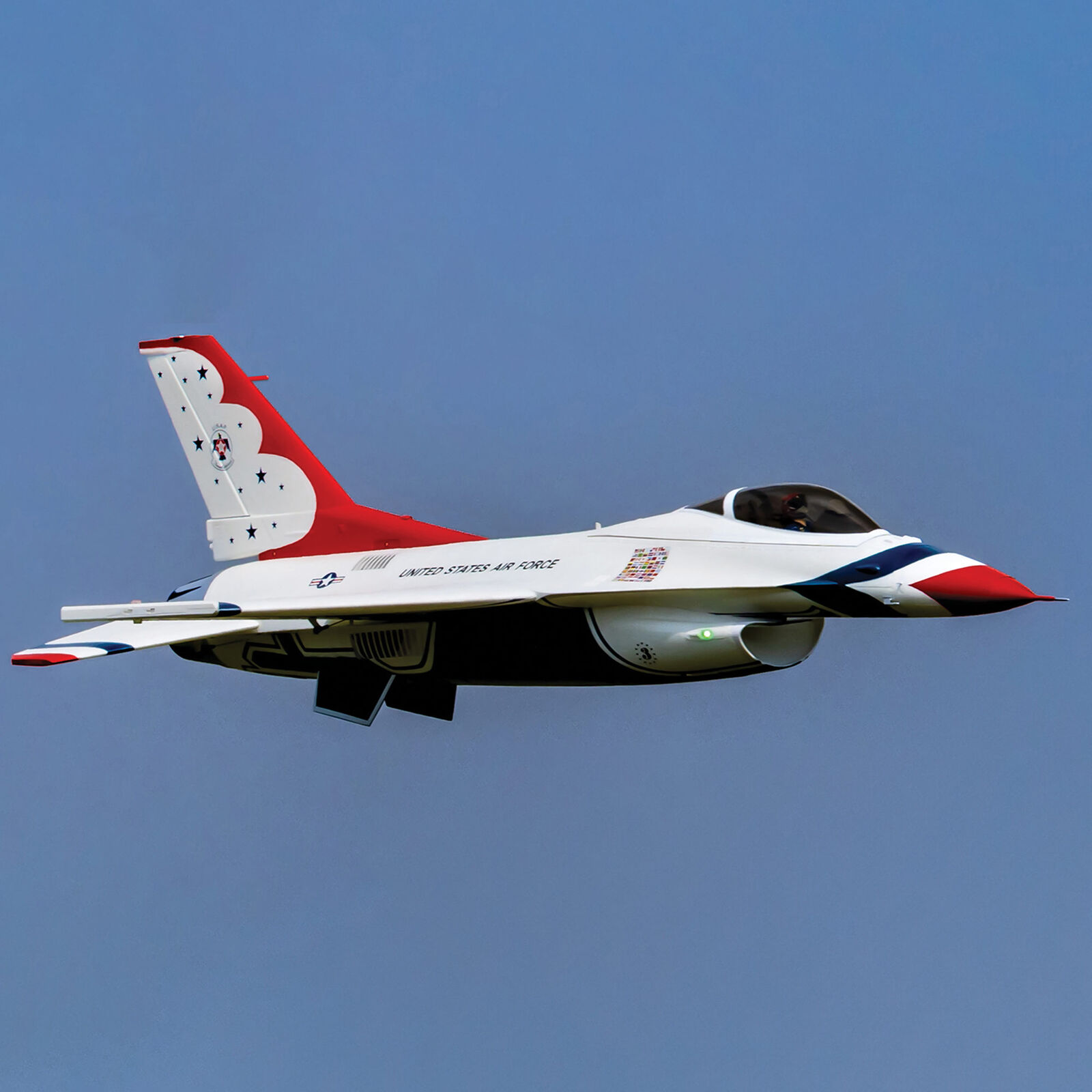 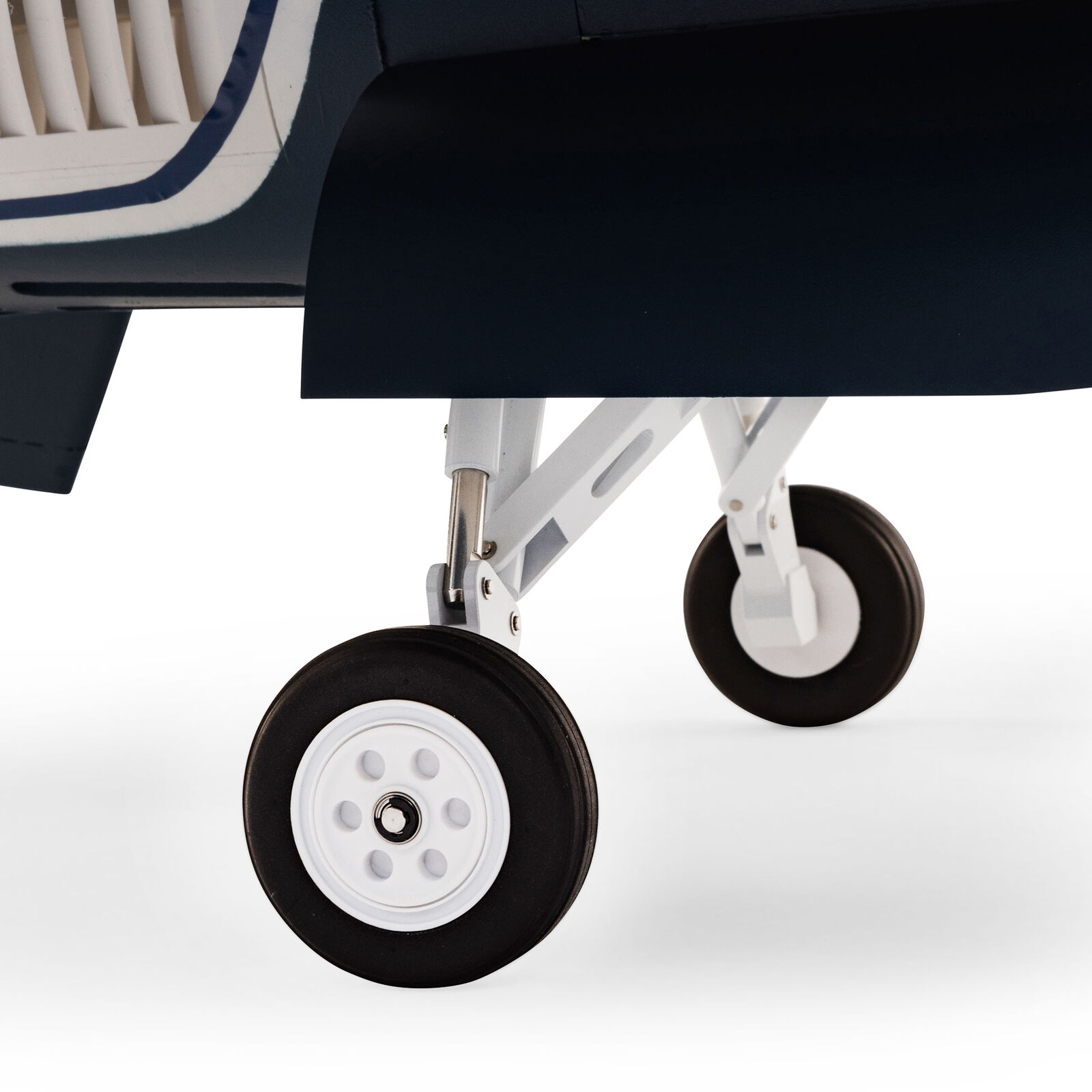 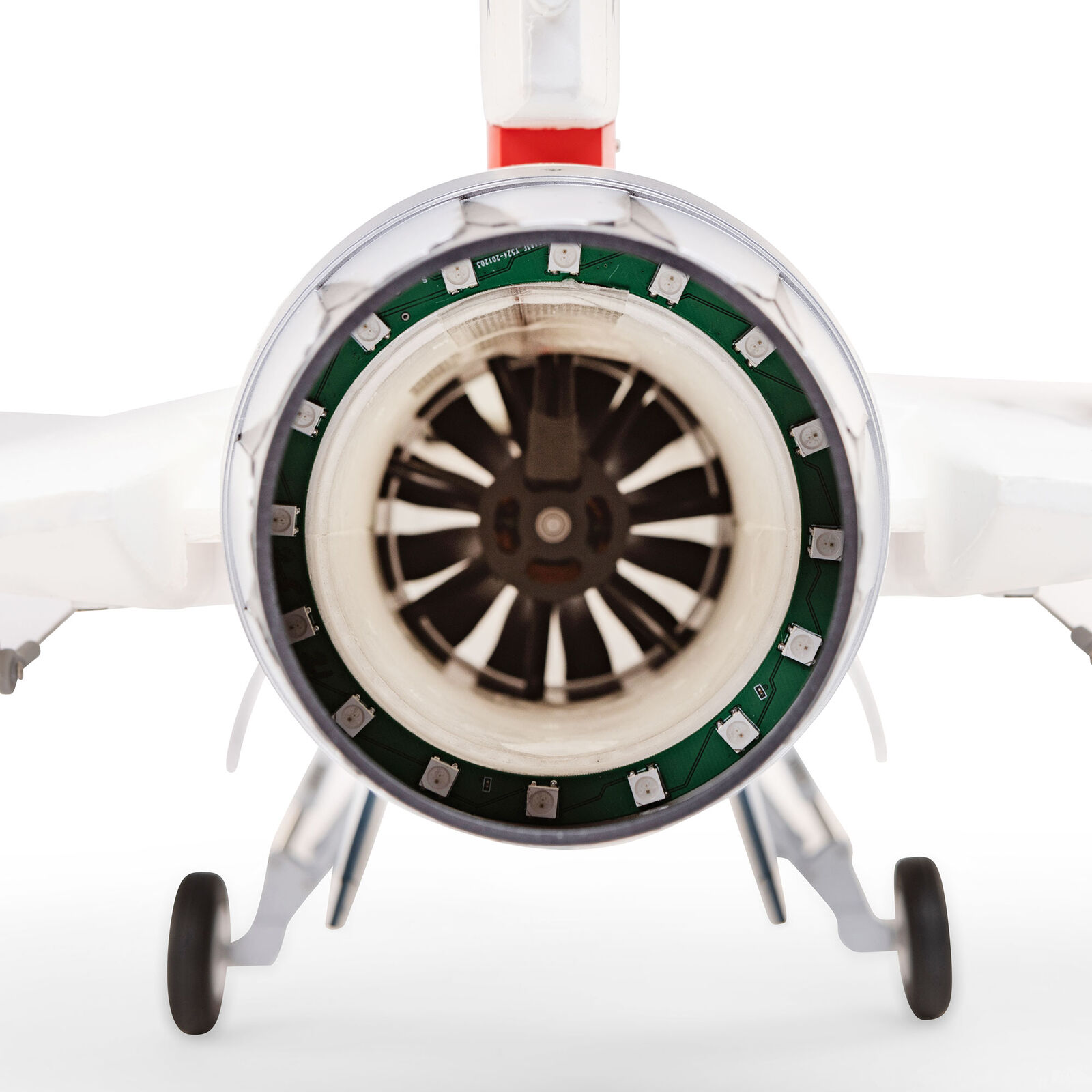 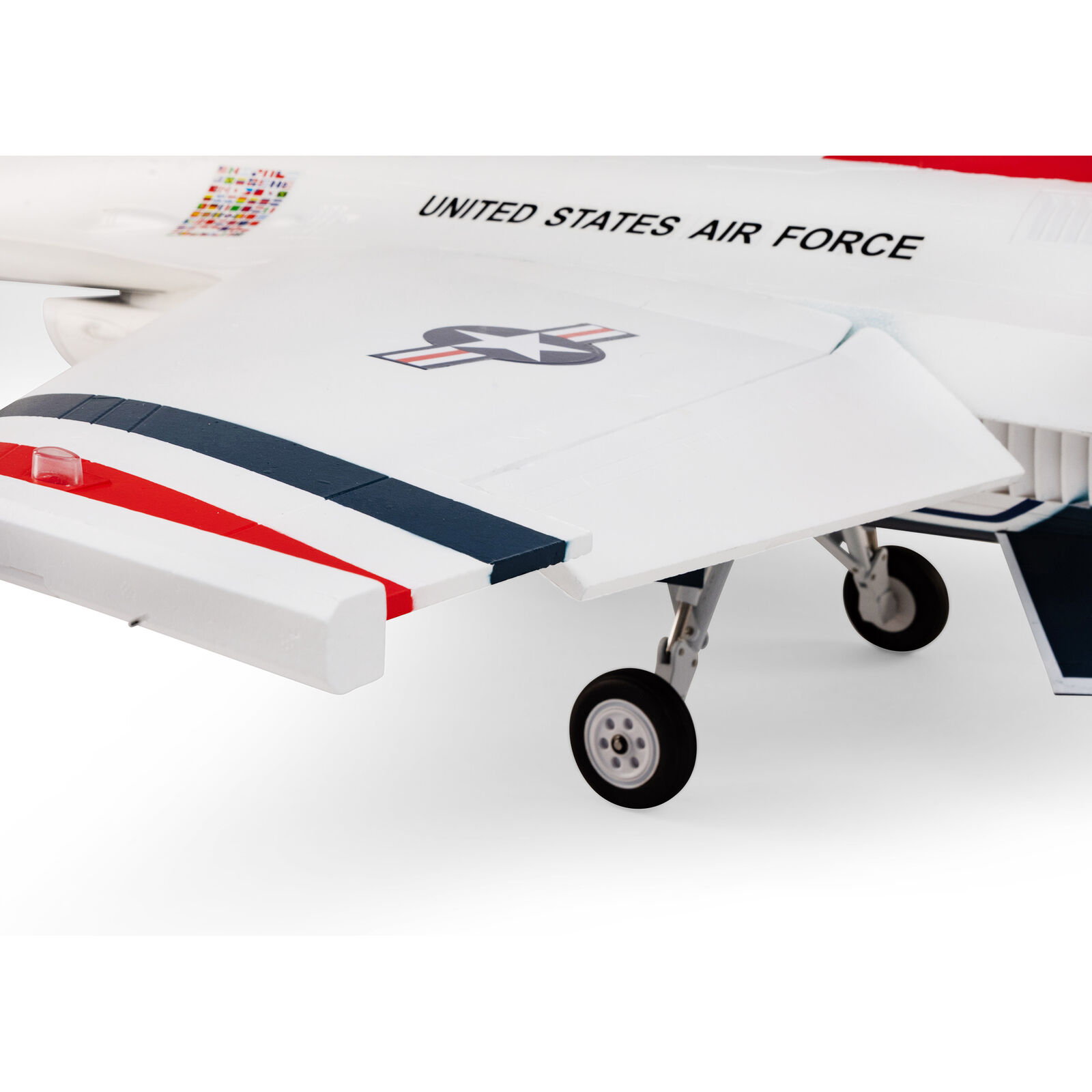 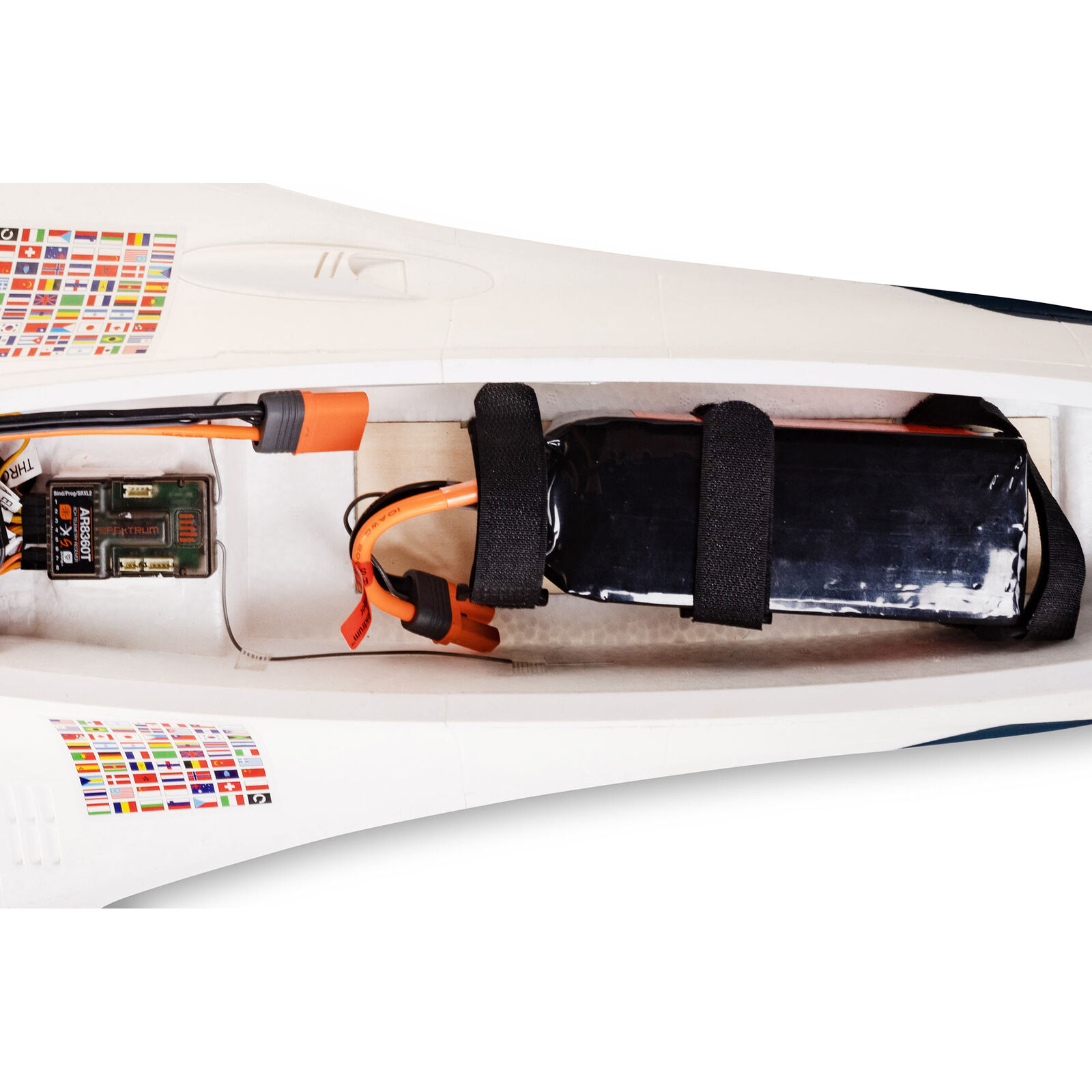 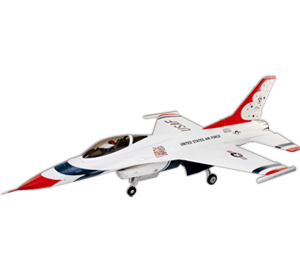 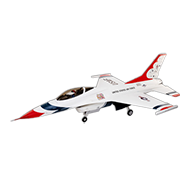 We cannot guarantee that the shops listed below do sell the F-16 Thunderbirds 80mm in particular but at least we know they do distribute E-flite. 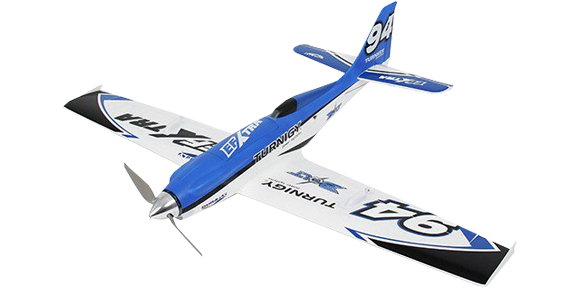 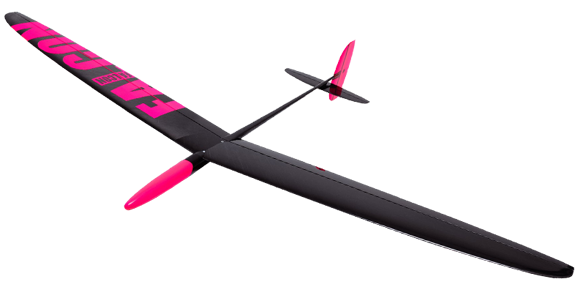 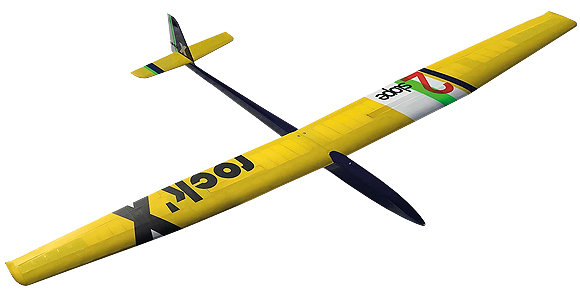