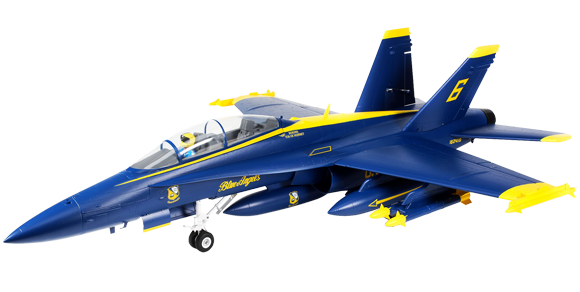 The E-flite® F-18 Blue Angels 80mm EDF has the size, scale details, functional features and performance to provide an unmatched flying experience. An abundance of Extra Scale details, including molded-in panel lines and hatches, removable ordnance and drop tanks, a pilot figure and more, take the realistic appearance to another level. Functional Extra Scale features include LED navigation lights, full-flying stabs and operational flaps, plus retracts and sequenced gear doors. It's also equipped with the most scale-like landing gear of any F-18 EDF model yet, and the shock-absorbing, trailing-link struts are painted white for even more authenticity. There are ten factory-installed metal-geared servos in both versions, and you can install the compatible receiver and an 80mm EDF power system — from another similar class model or using other compatible components — of your choice in the ARF Plus version. Or, the BNF Basic version comes factory-equipped with a Spektrum™ receiver that includes exclusive AS3X® and optional-use SAFE® Select technologies, along with a V2 12-blade 80mm fan, high-RPM brushless inrunner motor and 100A ESC to deliver fantastic performance with 6S 4000–7000mAh LiPo batteries. This power system also provides better performance and longer flight times than the 6S-compatible power systems used in larger models — plus it offers a turbine-like sound! Constructed of durable, fully-molded EPO material, no glue is required for assembly and it can be ready to fly in less time than other similar class models. 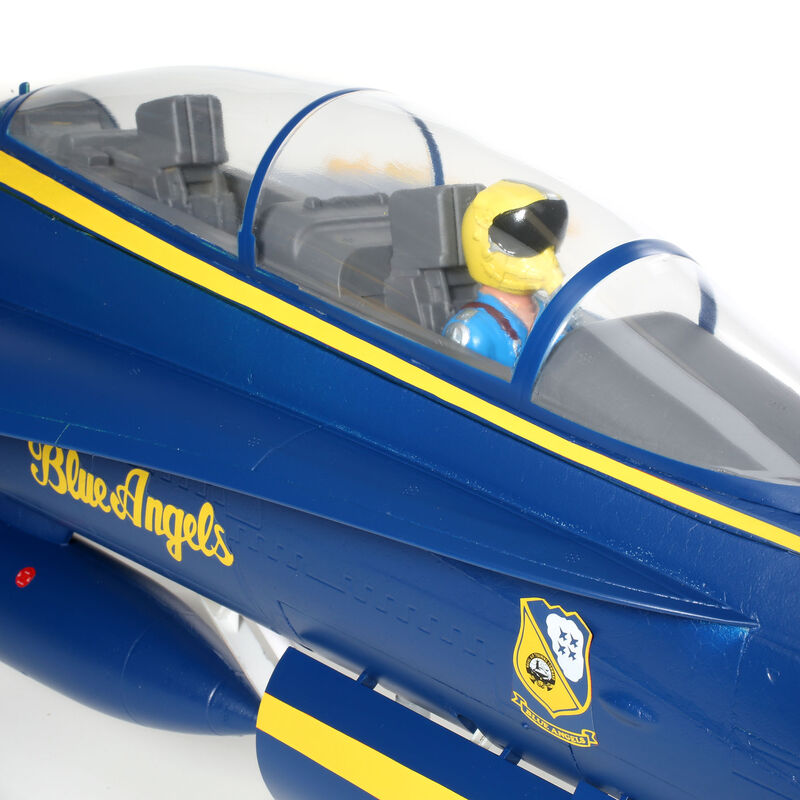 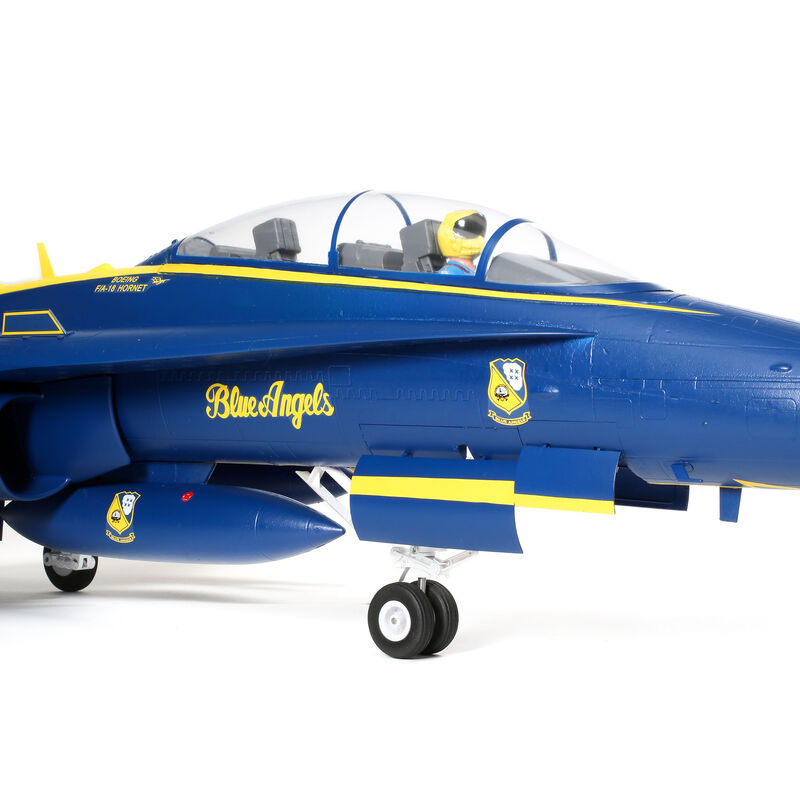 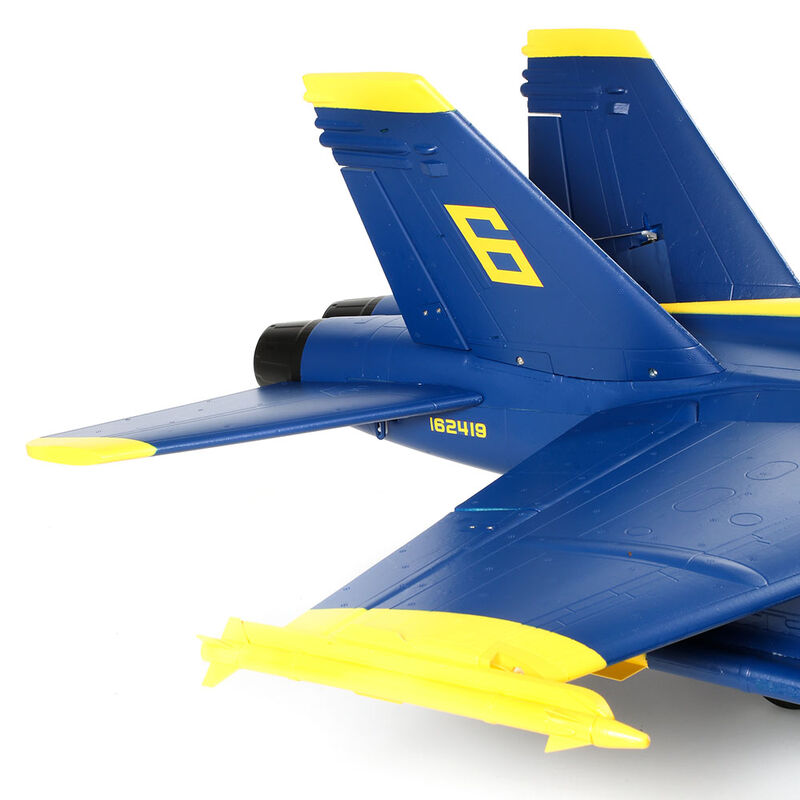 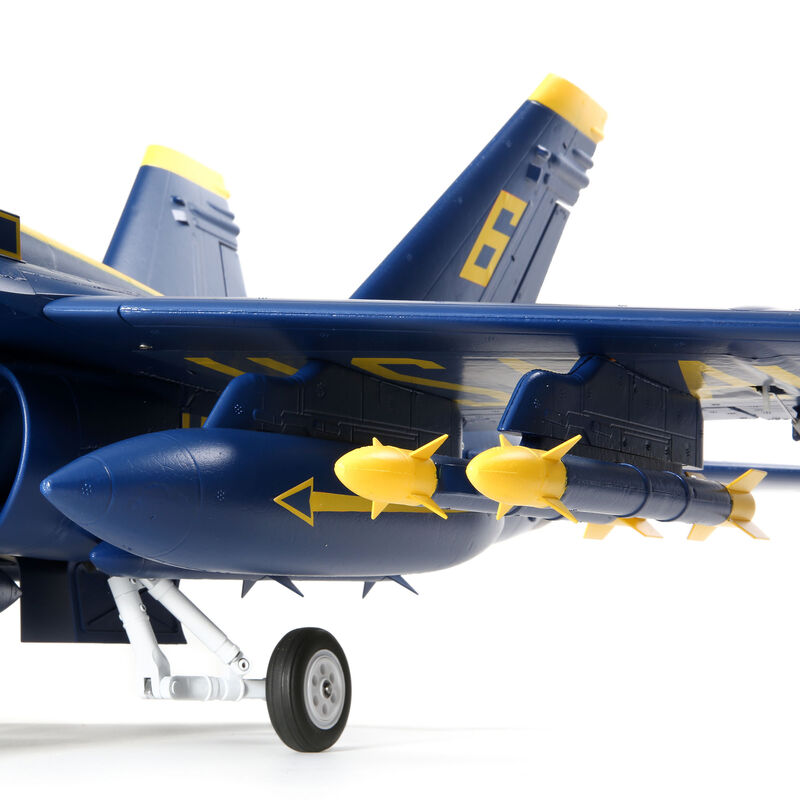 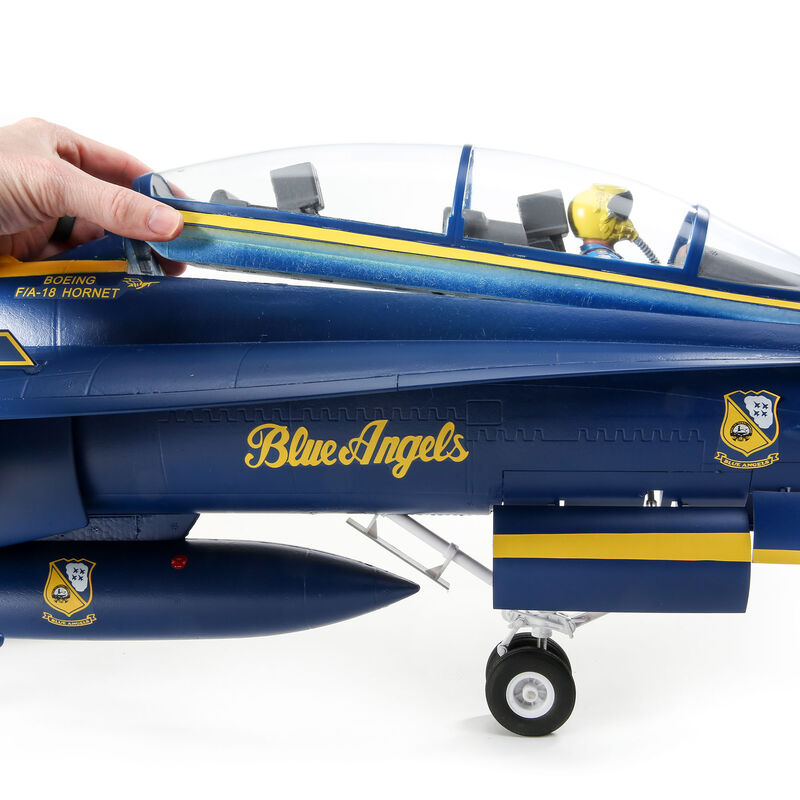 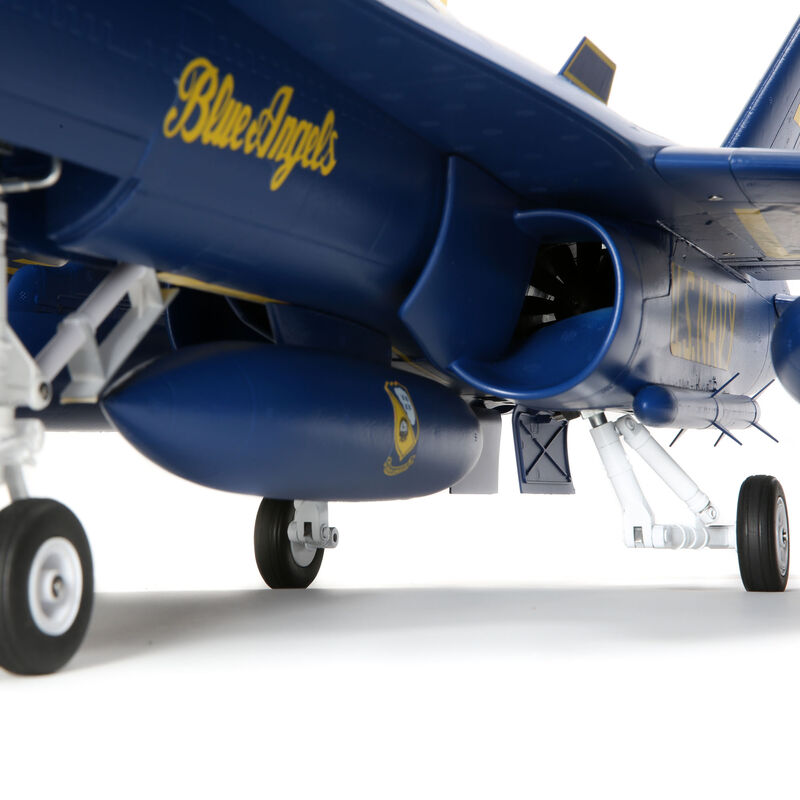 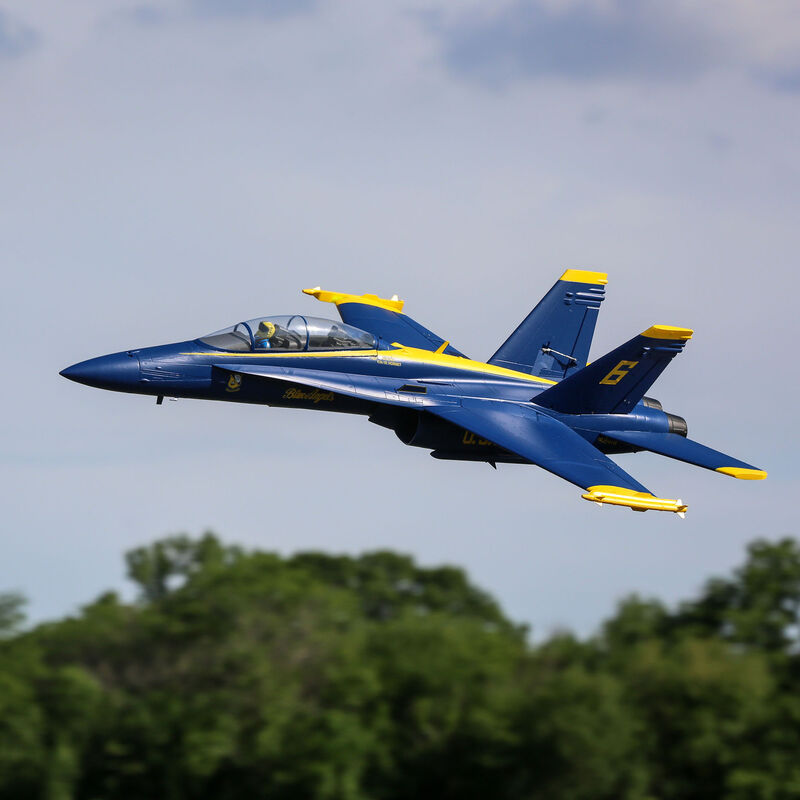 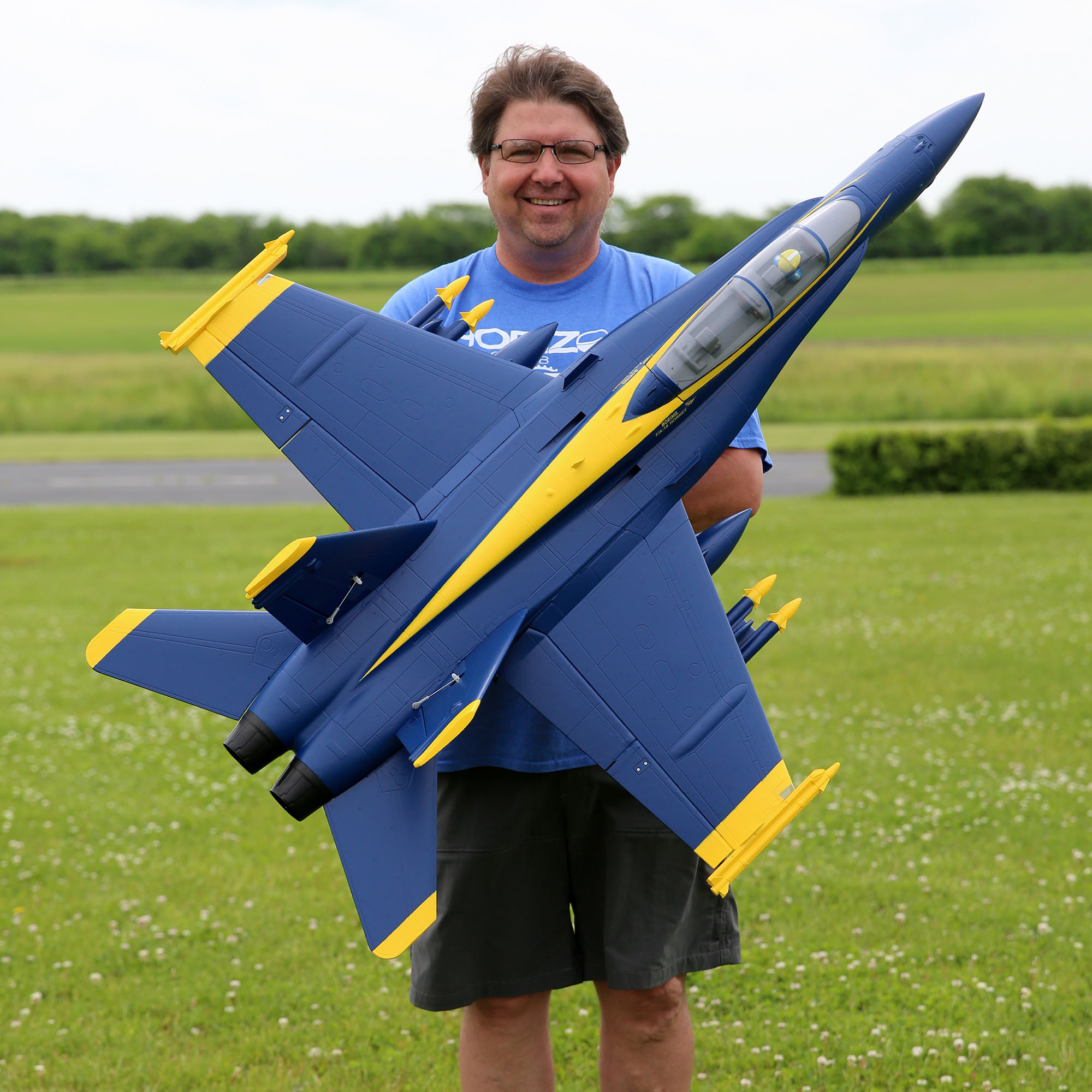 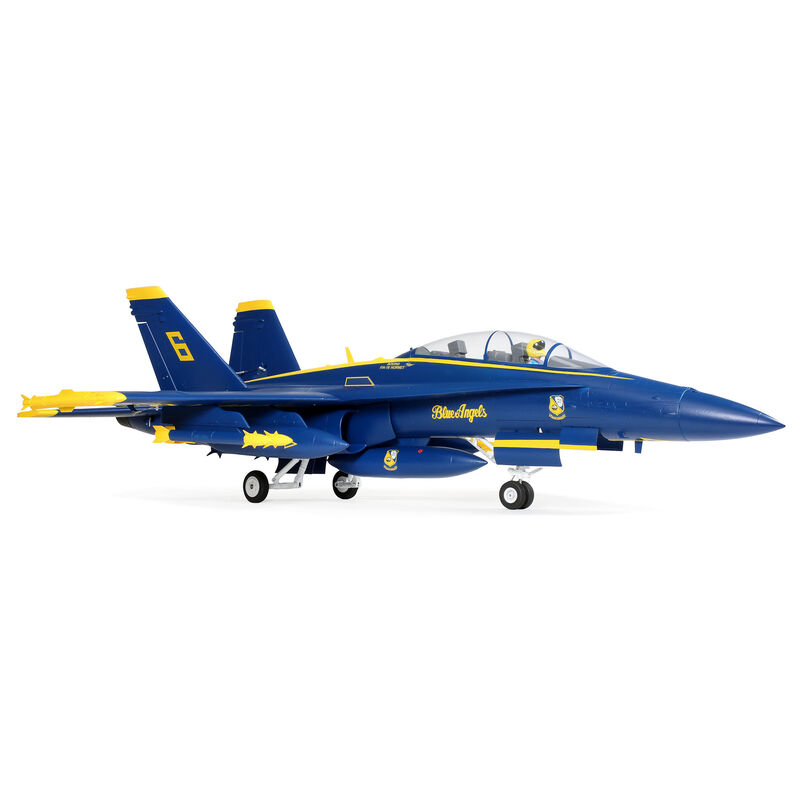 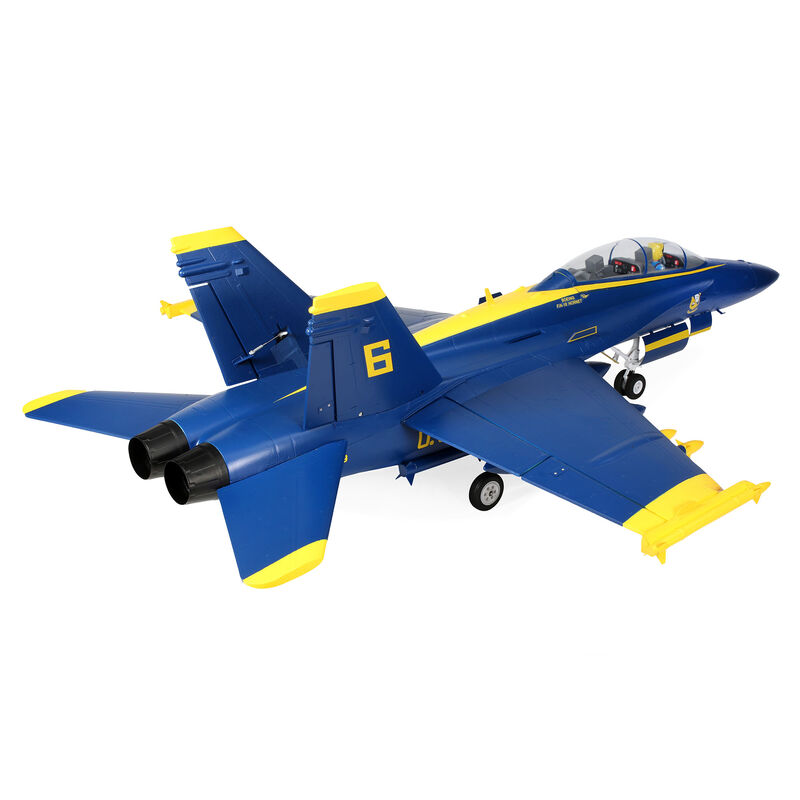 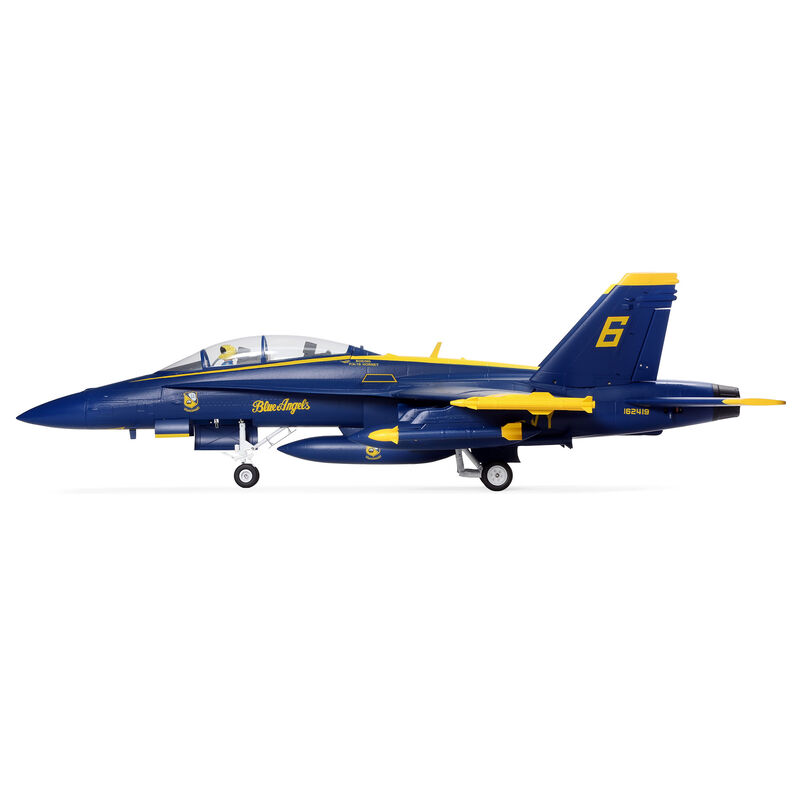 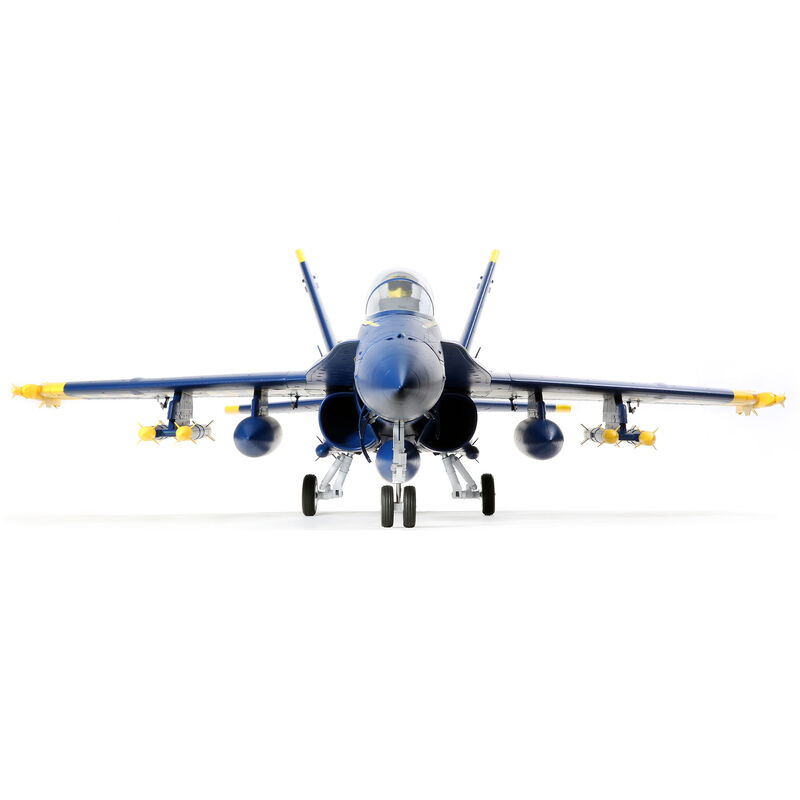 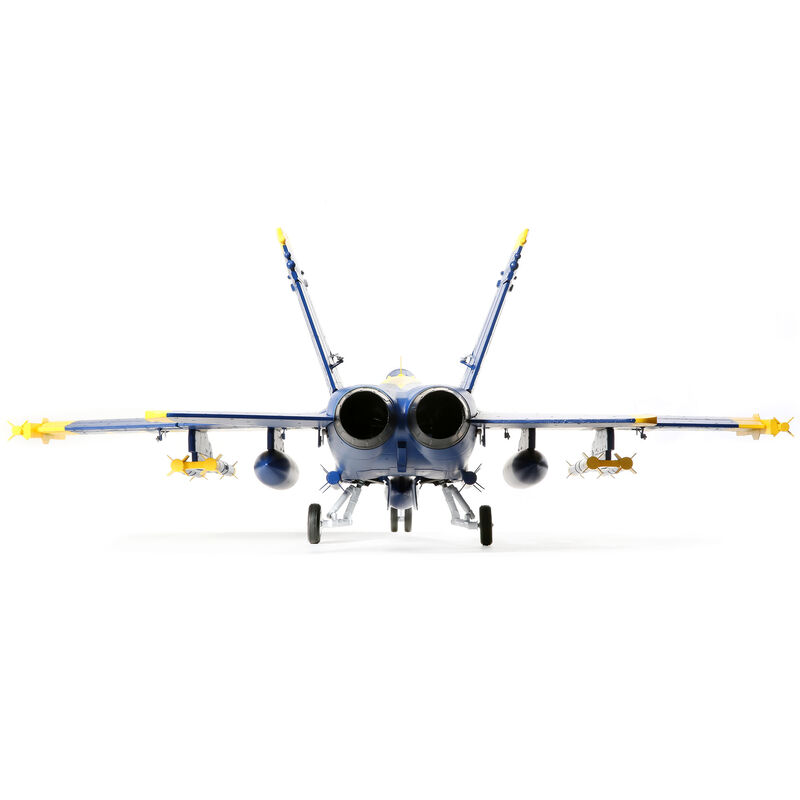 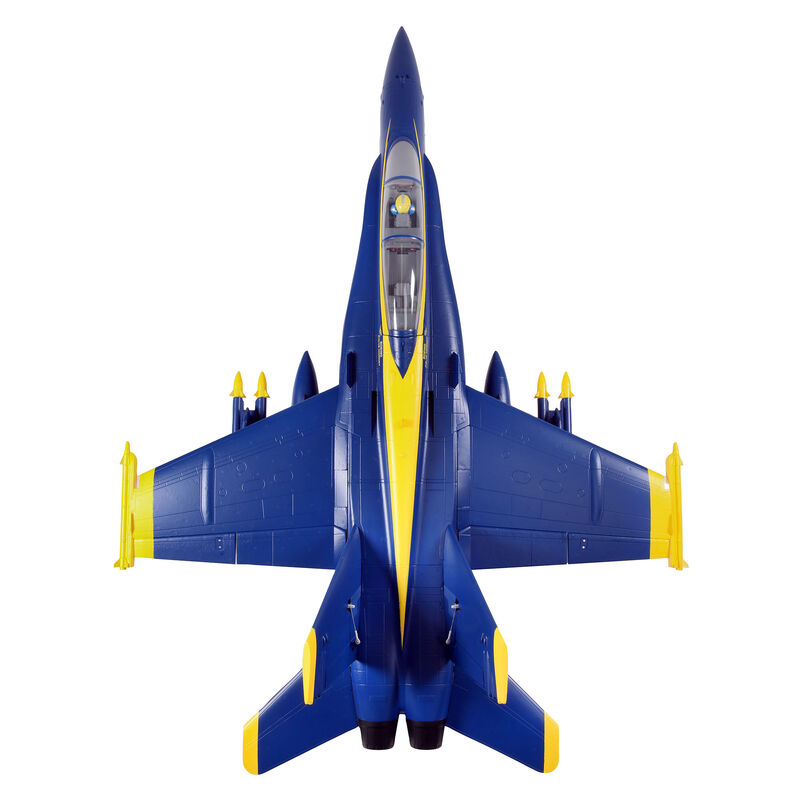 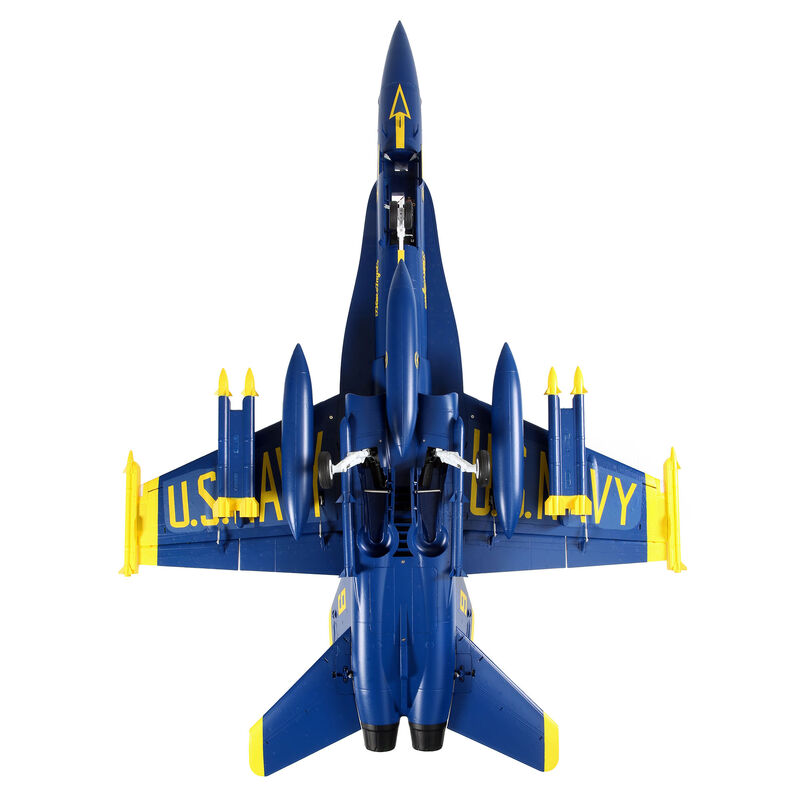 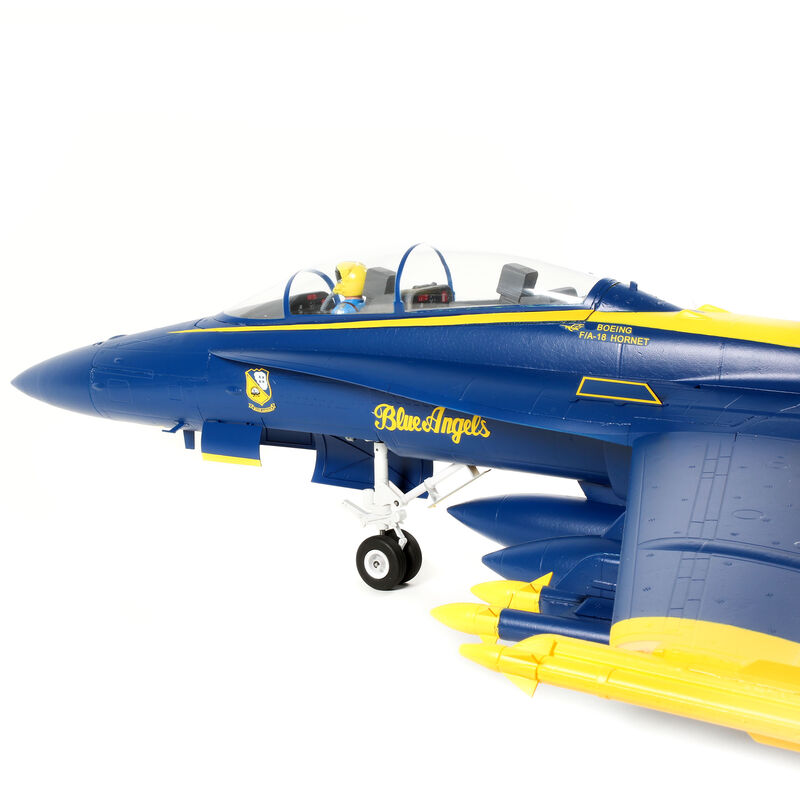 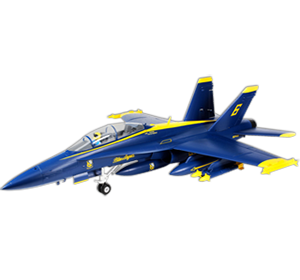 We cannot guarantee that the shops listed below do sell the F-18 Blue Angels in particular but at least we know they do distribute E-flite. 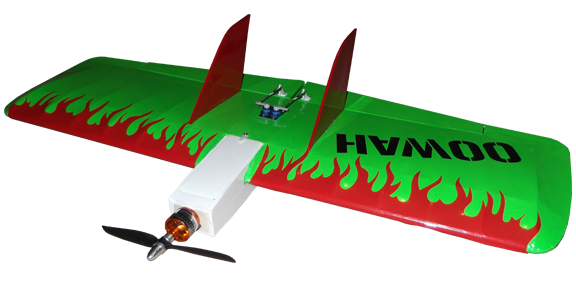 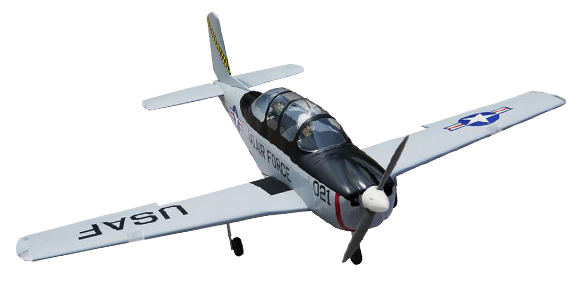 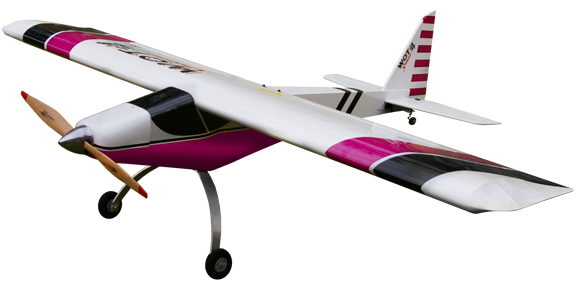