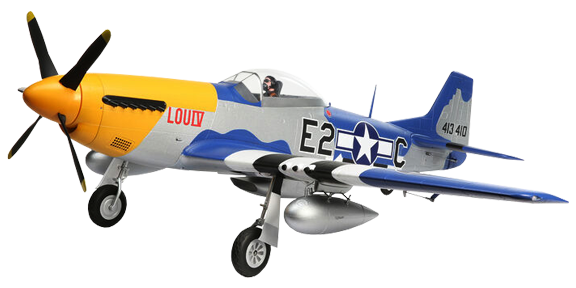 The P-51D Mustang 1.5m is the largest, most detailed and best performing replica of the legendary fighter from E-flite® yet! Along with an accurate outline, it also features an abundance of Extra Scale details including molded in panel lines and hatches, guns and removable drop tanks, plus a striking factory-applied “Lou IV” finish. Functional Extra Scale features include LED navigation lights, sequenced main and tailwheel gear doors, flaps and more. The shock-absorbing struts feature ball-bearing equipped wheels with diamond tread tires for added scale appearance and make it possible to fly from a variety of surfaces including grass, and reliable electric retracts operate the main gear and tailwheel. And at the heart of it all is a factory-installed brushless motor that’s compatible with 6S LiPo power—simply drop in a 6S 3200-7000mAh battery to achieve level flight speeds in excess of 80+ MPH and unlimited vertical performance! Both versions include a 100-amp Spektrum™ Avian™ Smart ESC, and the BNF® Basic version is also equipped with an AR637T receiver that offers full-range telemetry including real-time battery voltage, current, temperature and more to compatible transmitters, plus the advantages of exclusive AS3X® and SAFE® Select technologies to make this one of the easiest to fly Mustangs ever. The unique 3-piece wing design makes transport and storage as convenient as possible because the center section includes the main gear and the outer panels simply snap into place securely without requiring fasteners. It’s also quick and easy to assemble because the factory-finished EPO airframe bolts together—no glue required—in less time than it takes to charge a battery. 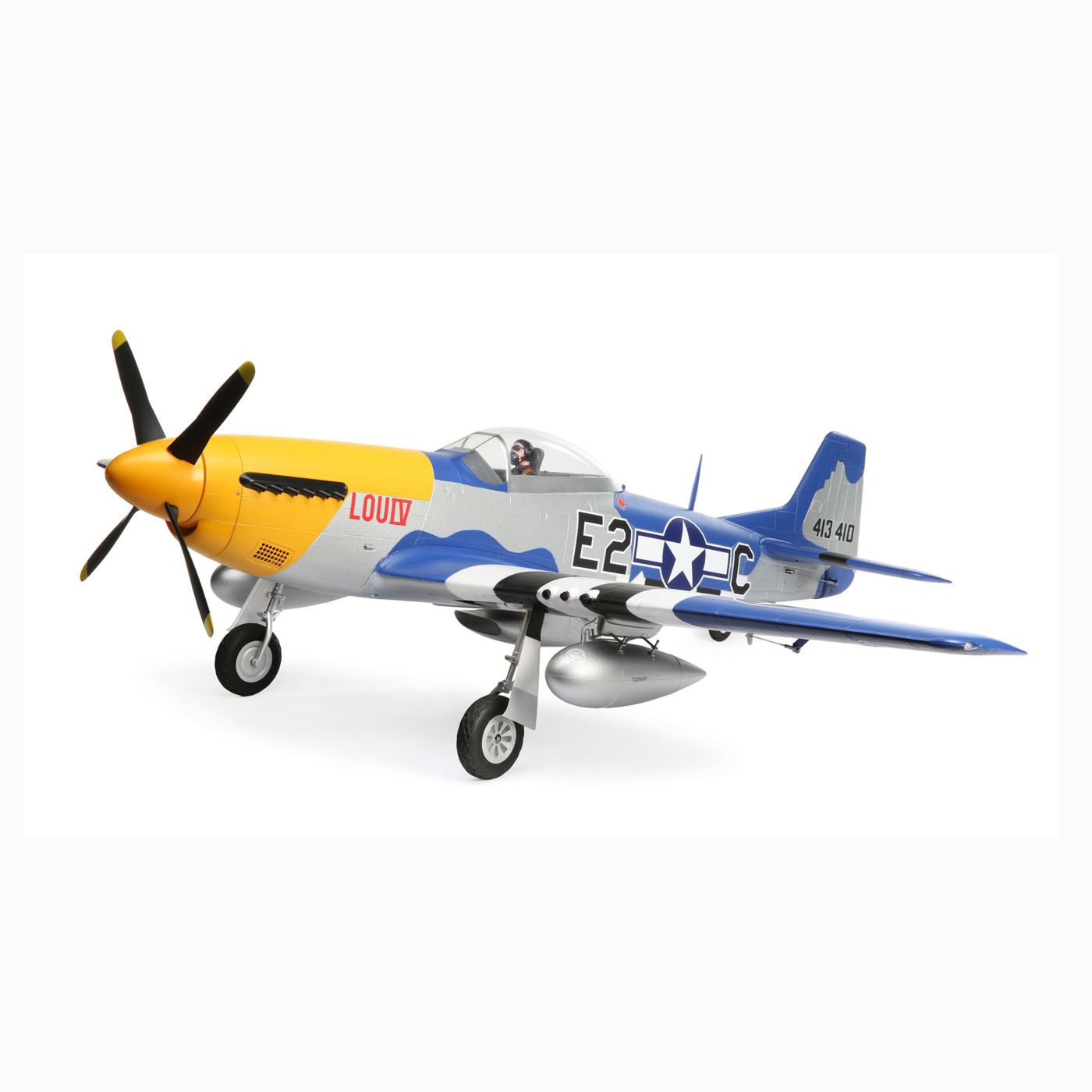 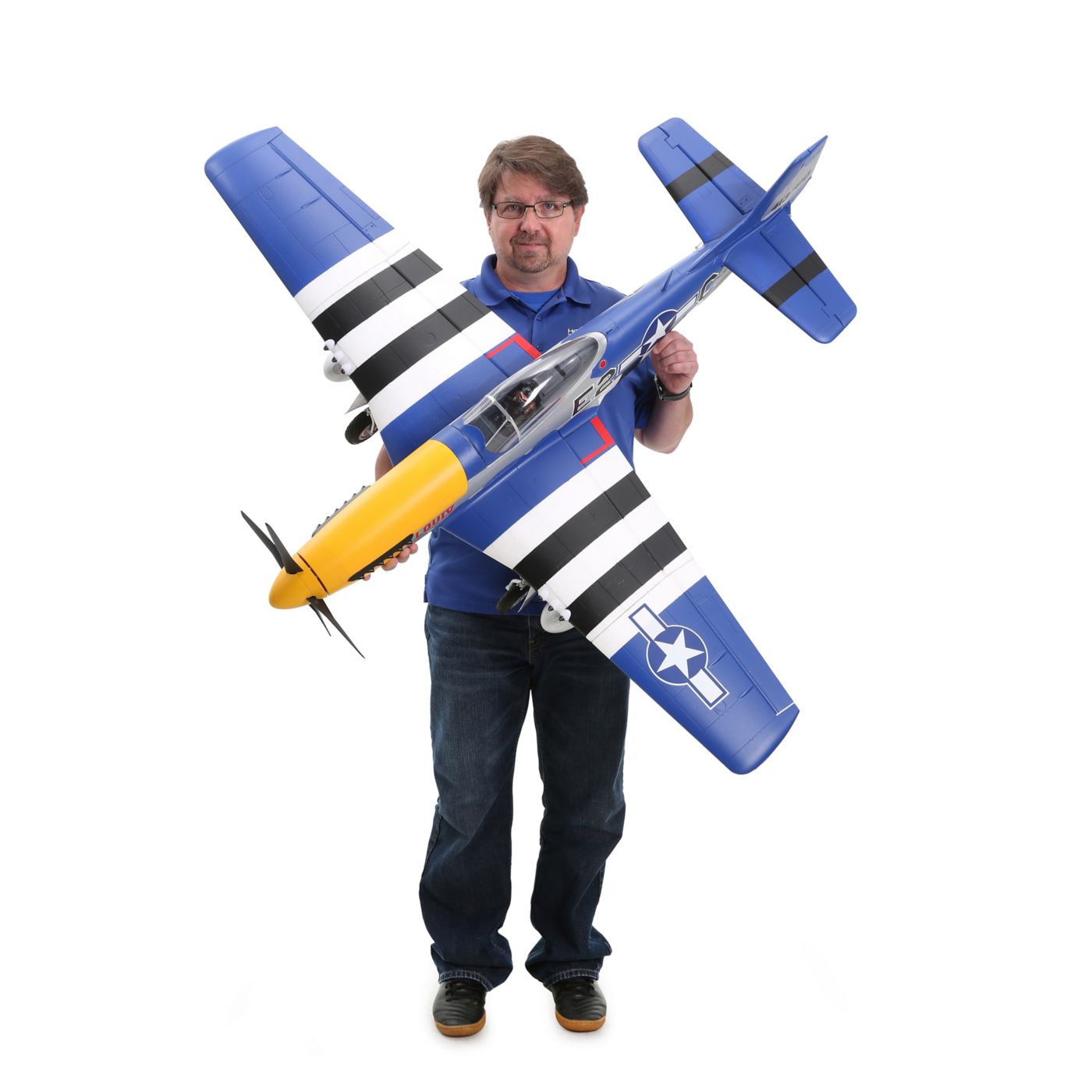 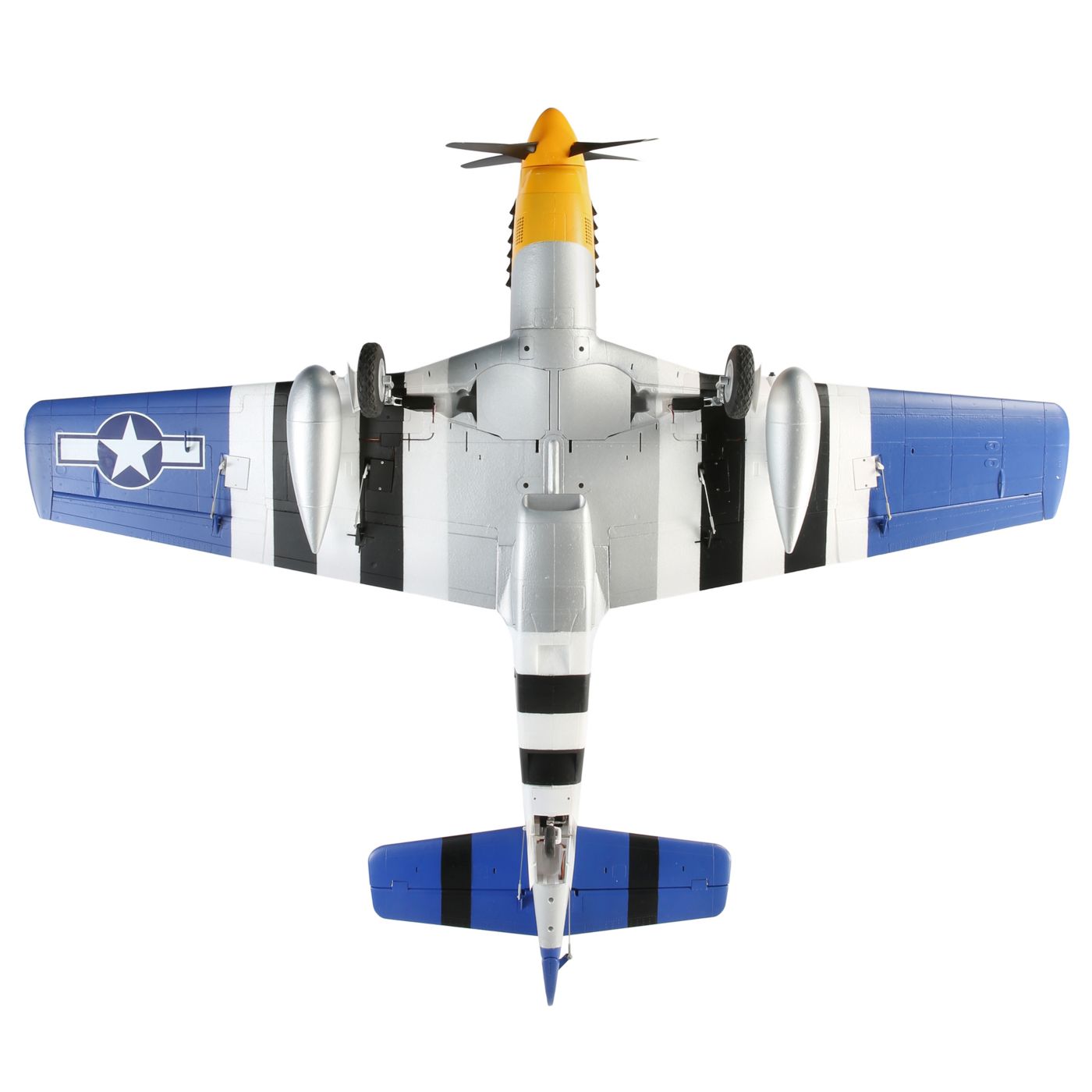 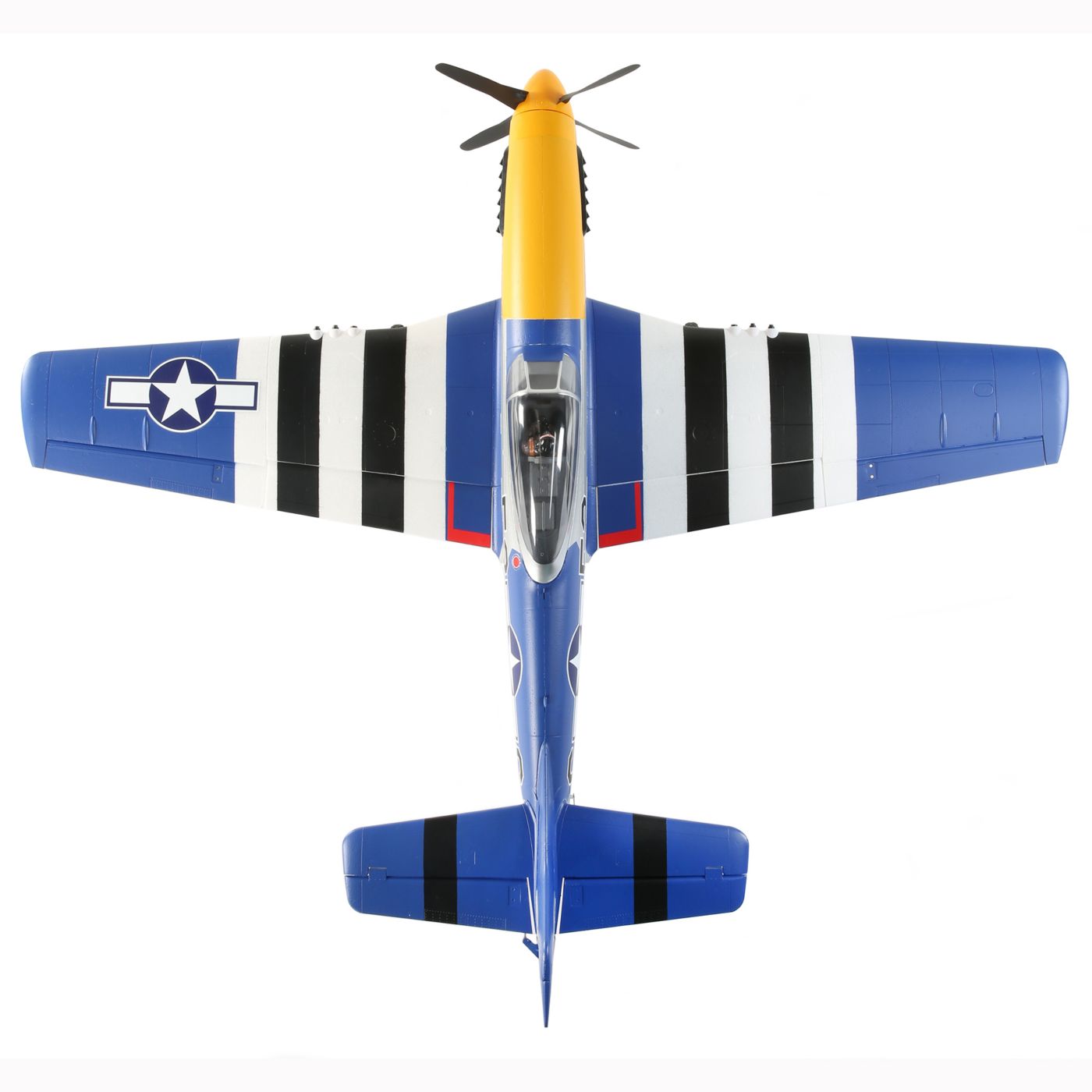 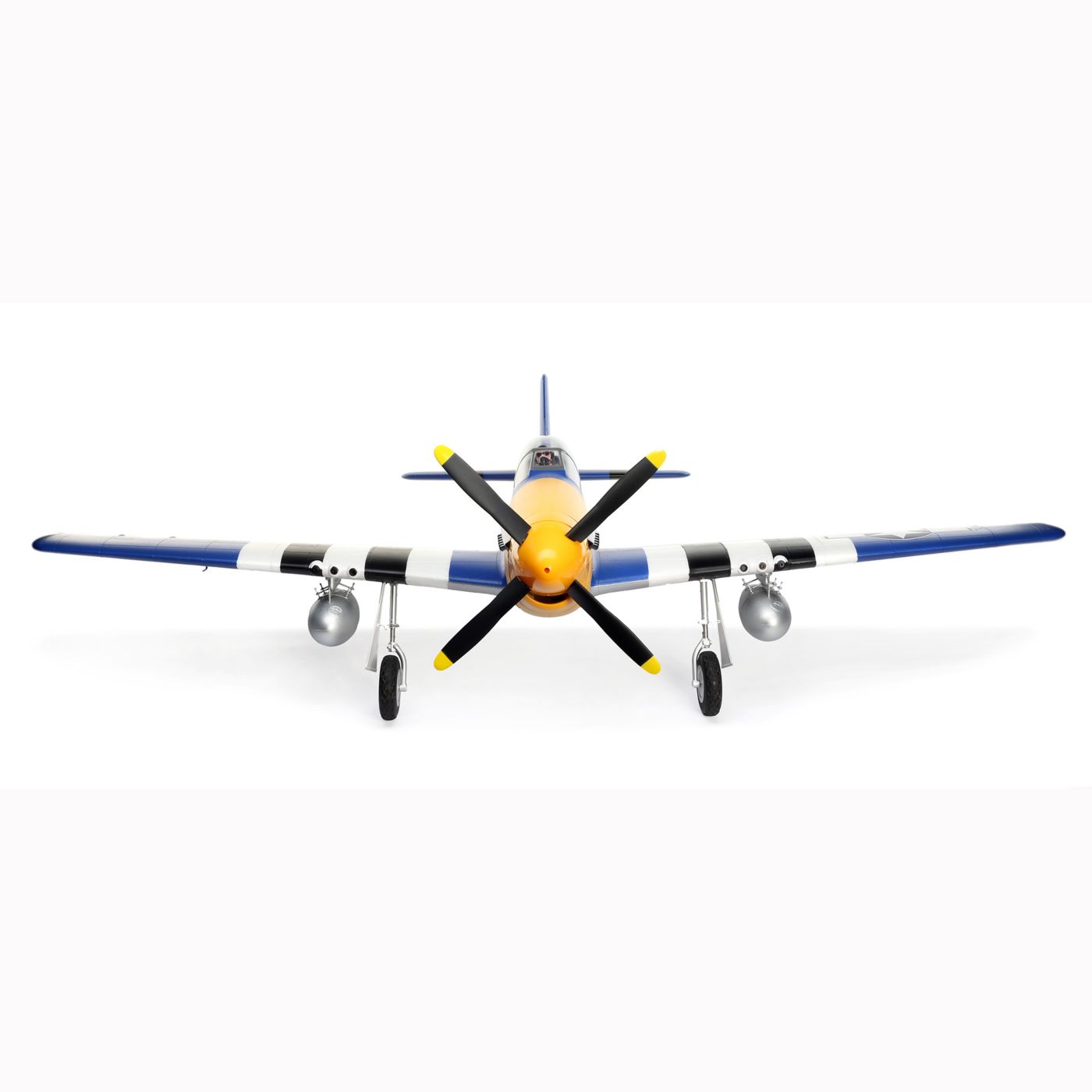 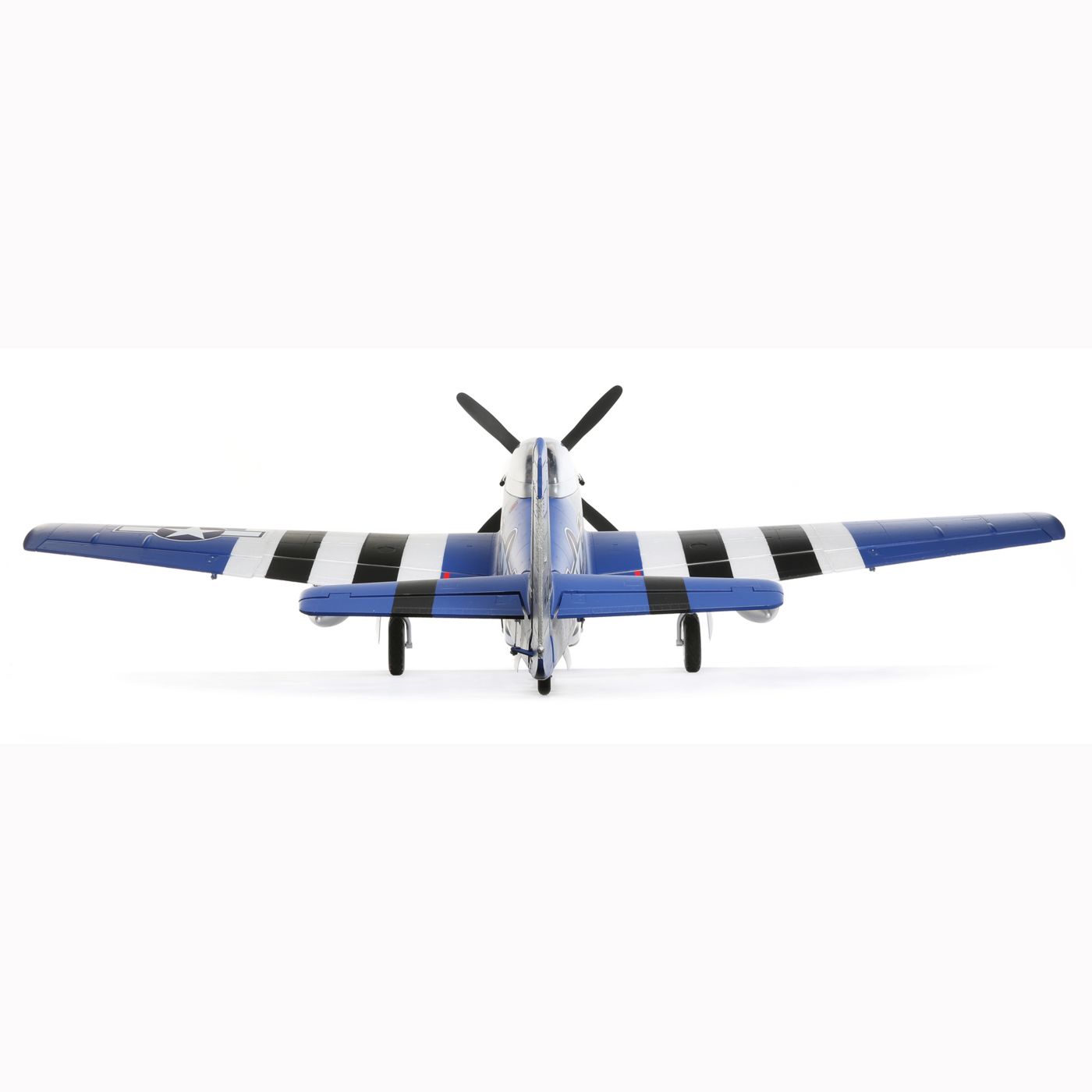 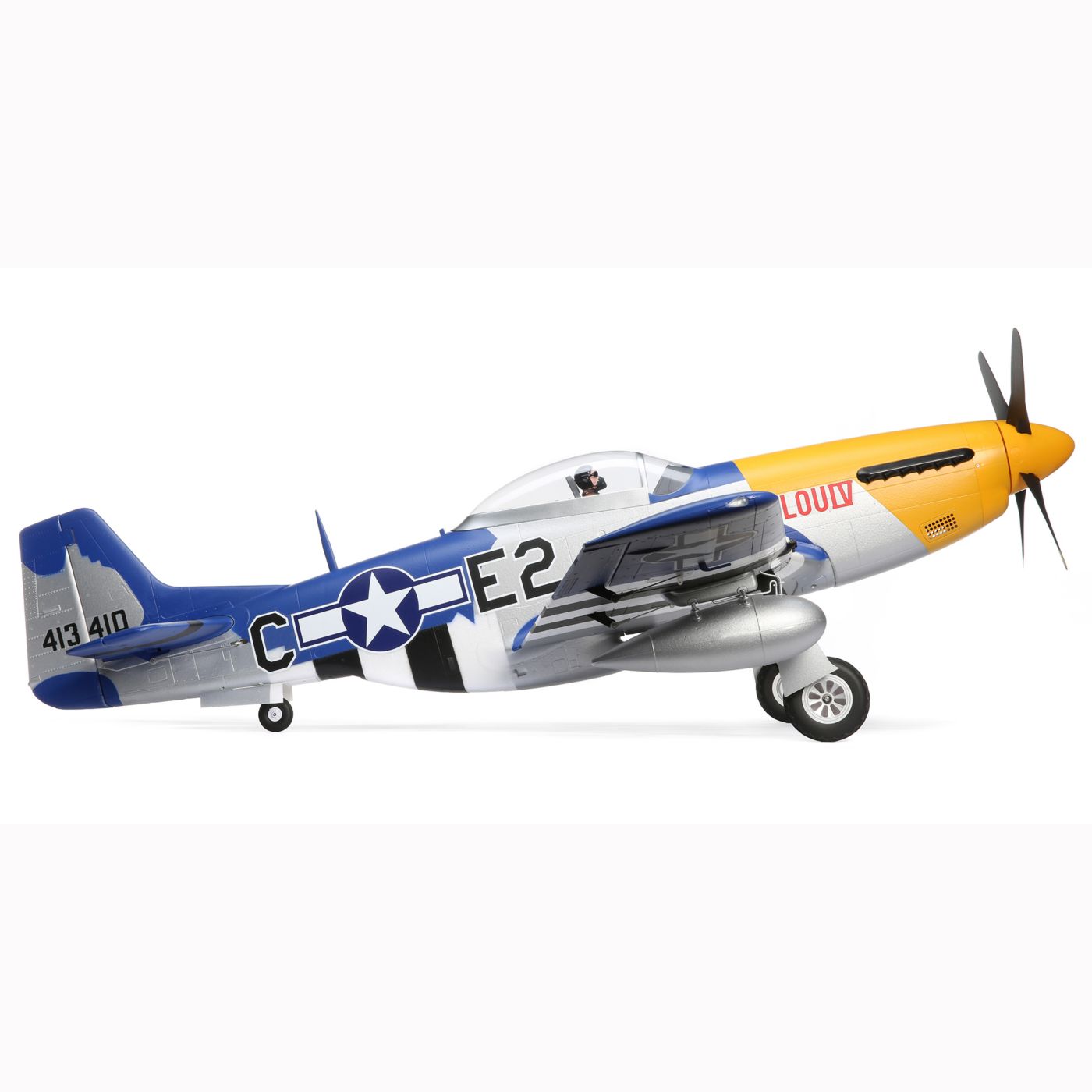 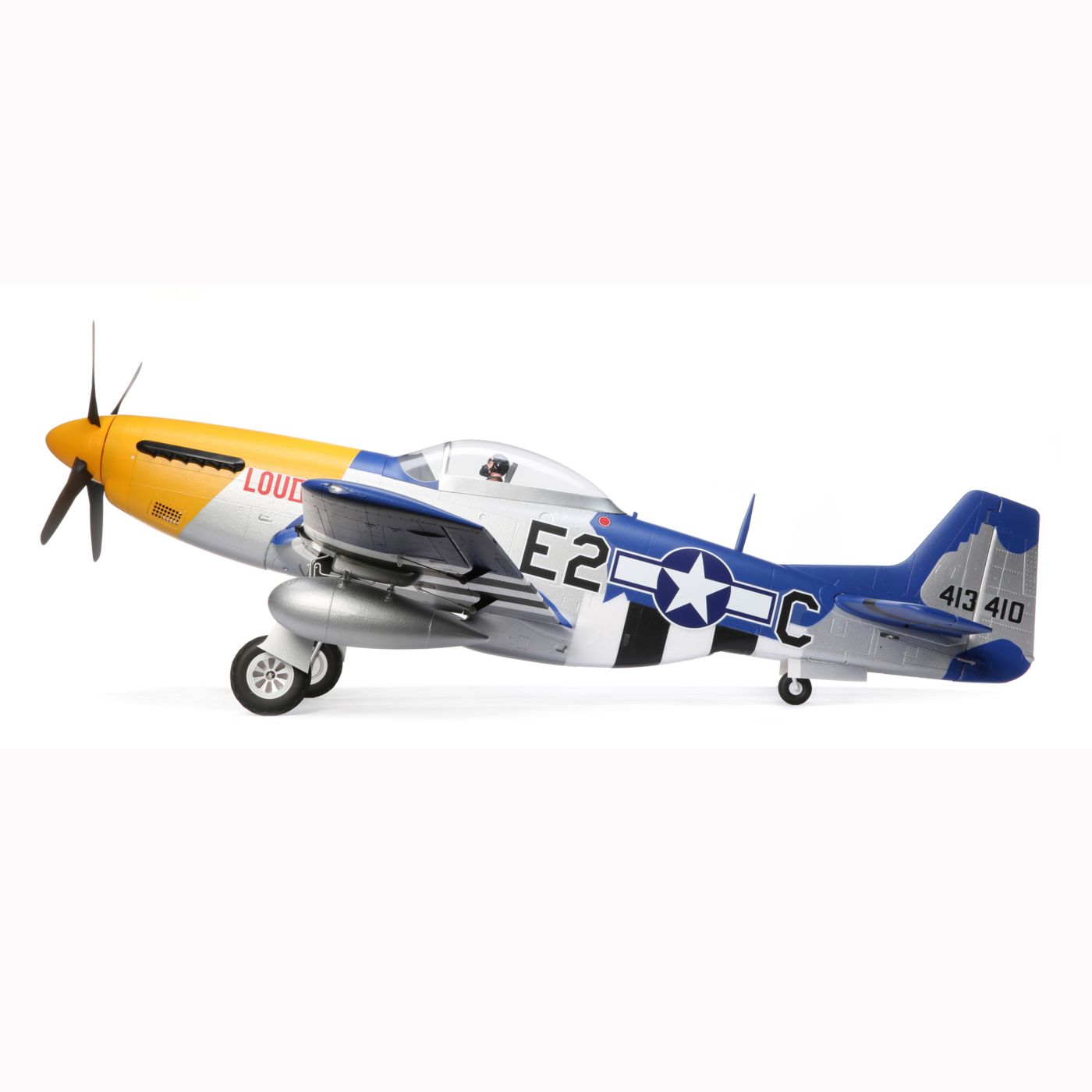 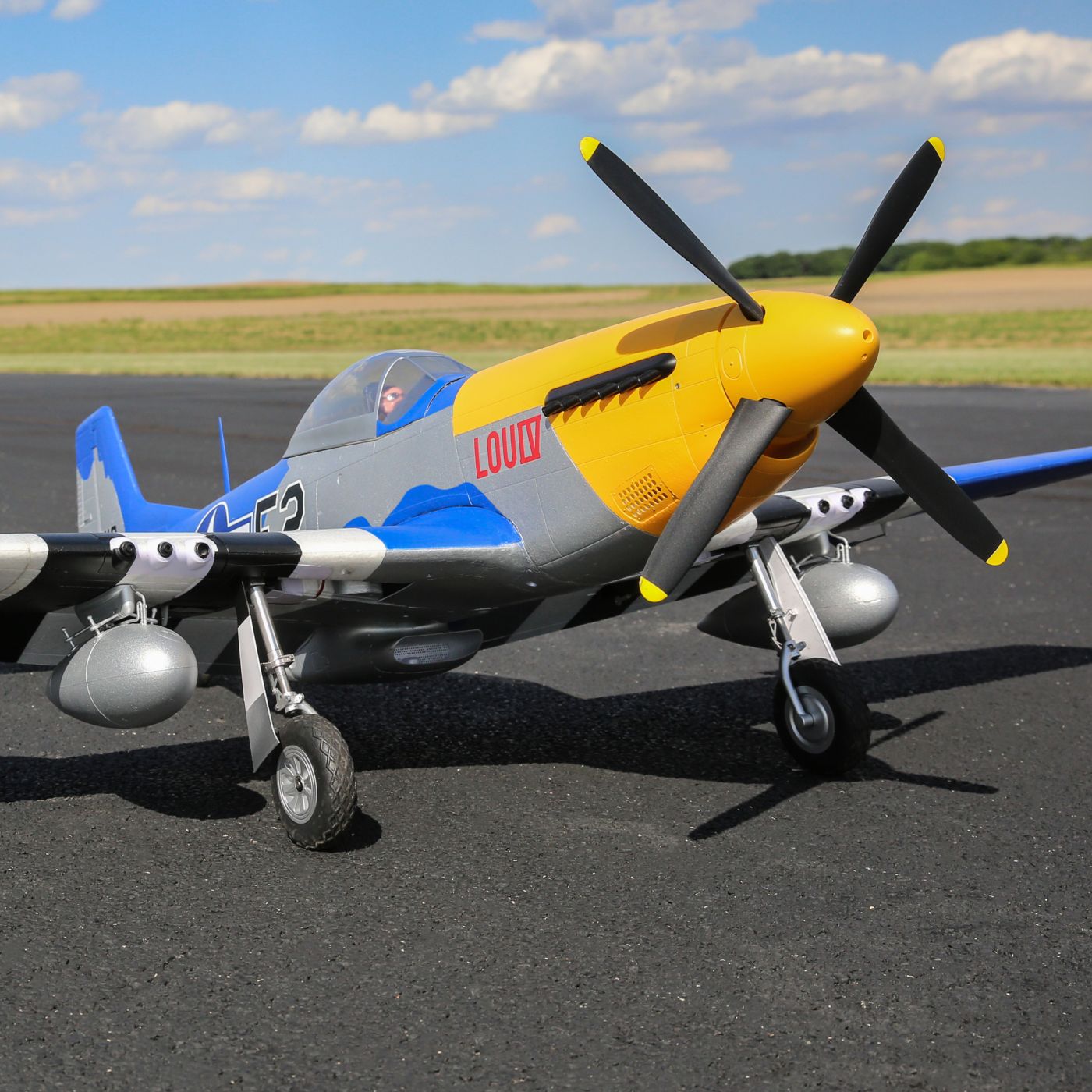 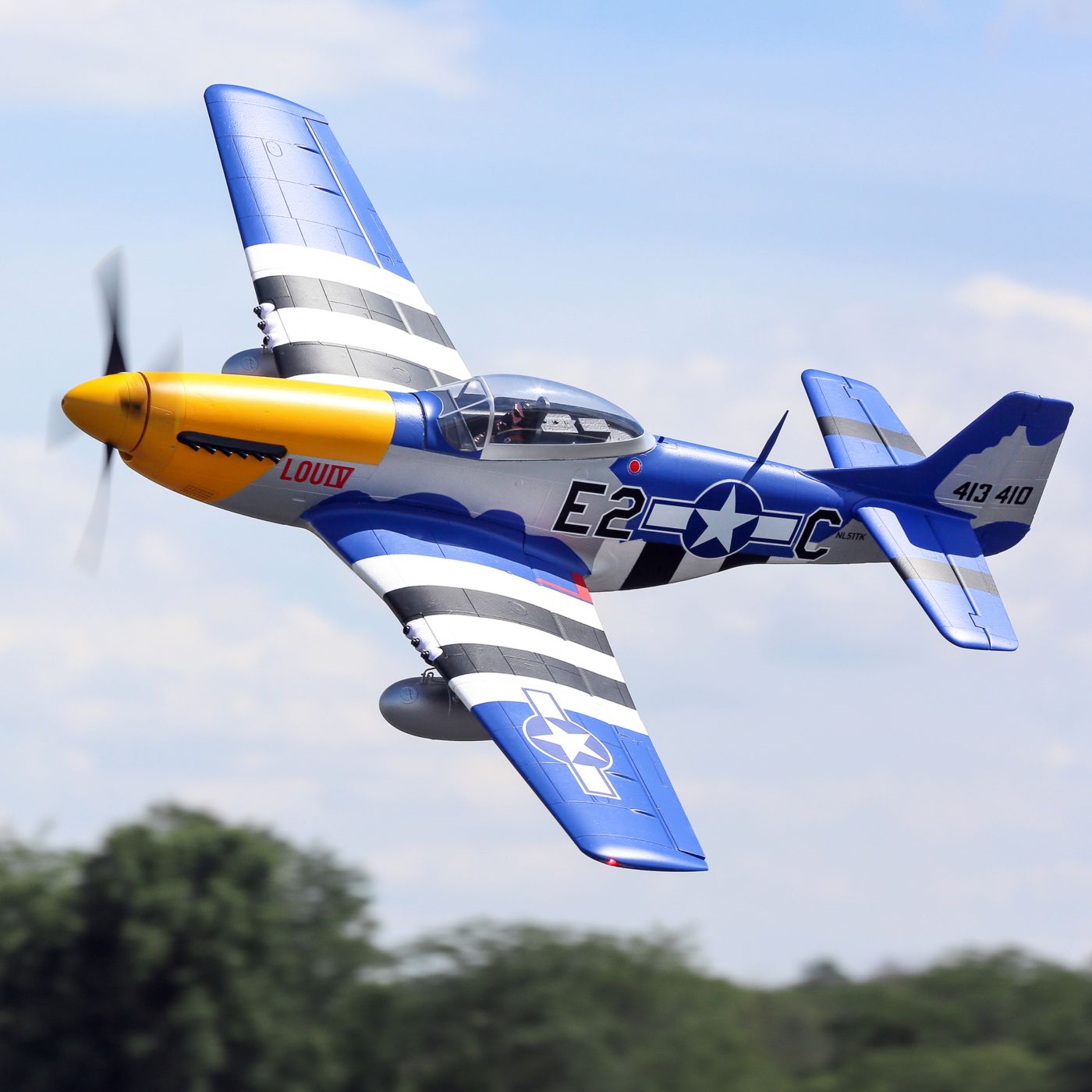 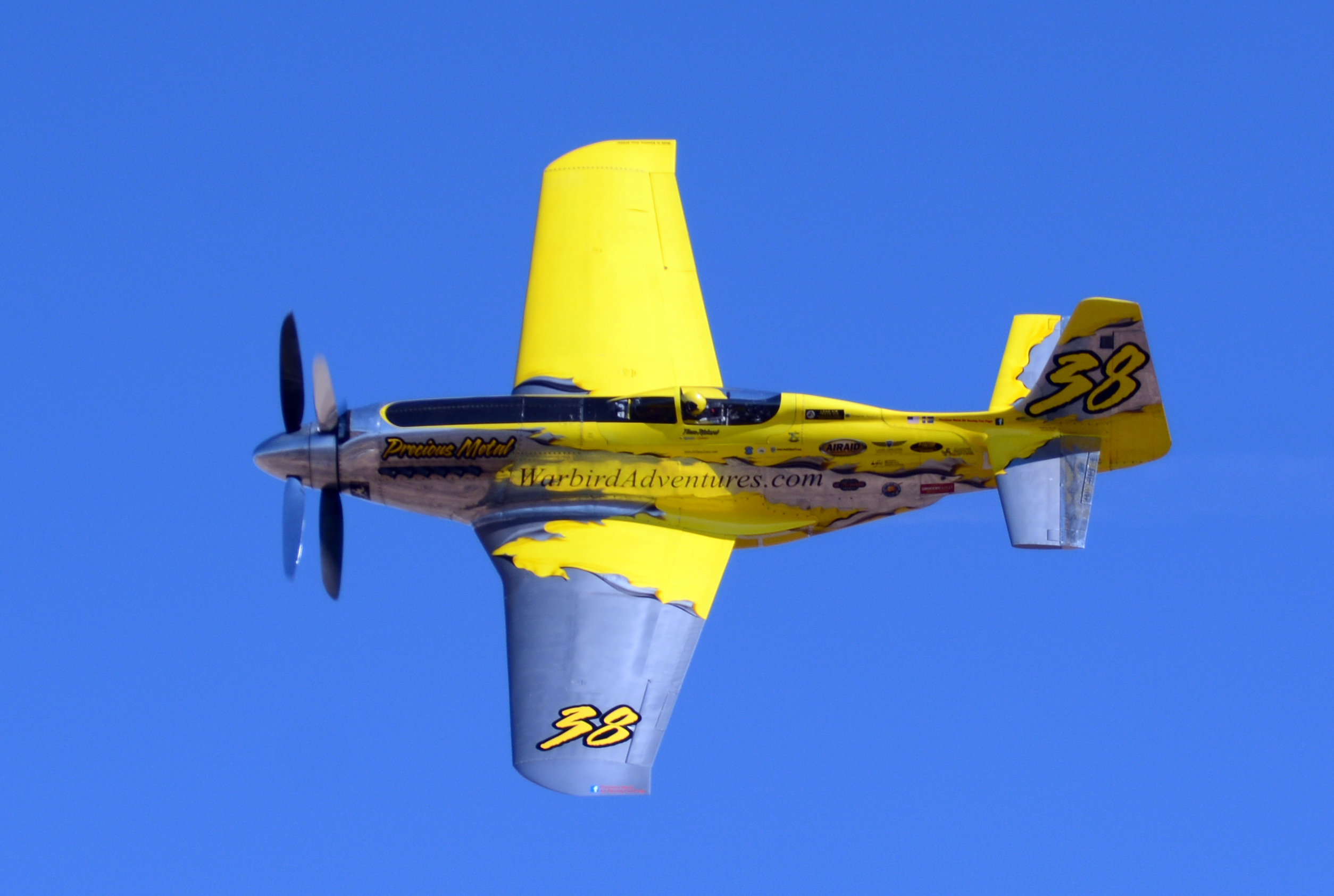 Over twenty variants of the North American P-51 Mustang fighter were produced from 1940, when it first flew, to after the Second World War, some of which were employed also in the Korean War and in several other conflicts. Numerous examples of the aircraft survive to this day, often as heavily modified air racers.

This article is an extract from the Wikipedia article "North American P-51 Mustang variants", which is released under the Creative Commons Attribution-Share-Alike License 3.0 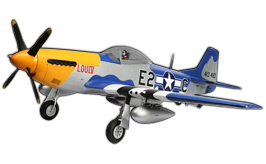 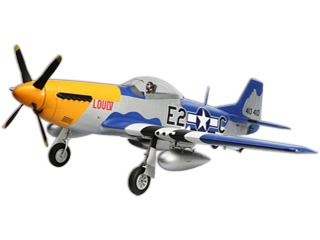 We cannot guarantee that the shops listed below do sell the P-51D Mustang in particular but at least we know they do distribute E-flite.