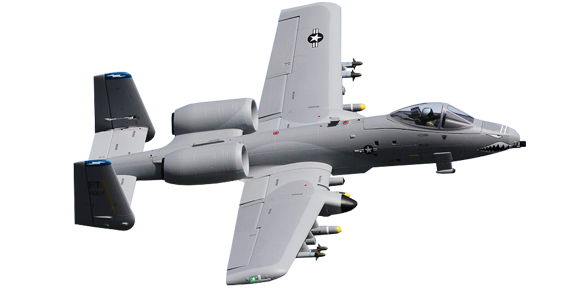 A-10 Thunderbolt II from fms

he Fairchild Republic A-10 Thunderbolt II is a single–seat, twin turbofan engine, straight wing jet aircraft developed by Fairchild-Republic for the United StatesAir Force (USAF).
Commonly referred to by its nicknames Warthog or Hog, its official name comes from the Republic P-47 Thunderbolt, a World War II fighter that was effective at attacking ground targets.

FMS is proud to bring to you this new and highly detailed Twin ducted fan version of the A-10. Incorporating many of the new and advanced construction and assembly features such as the optimized screw based assembly, ball links and a heavy duty wing spar and latest multi-connect technology. The “Hog” will assembly quickly. In addition the A-10 uses our newest locked-rotor mode E-retract system coupled with our refined and oriented CNC-processed metal landing gear set for resisting those not-too-perfect landings. The power system utilizes our new and improved twin 70mm 12-blade EDF V2, KV1850 inner-running motor system provides tremendous power and speed when couple with a 6S battery.

This highly detailed A-10 has to be seen to fully appreciate the detail FMS has undertaken. From all-around rivets and panel lines, detachable bomb and missile sets and pilot figure, the A-10 is an absolute must have for any pilot. 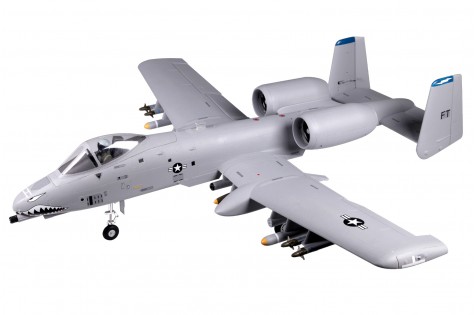 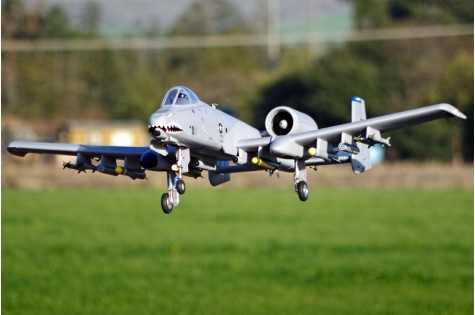 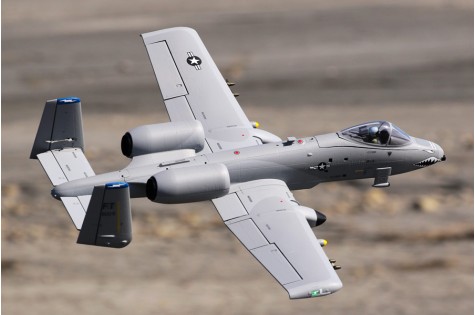 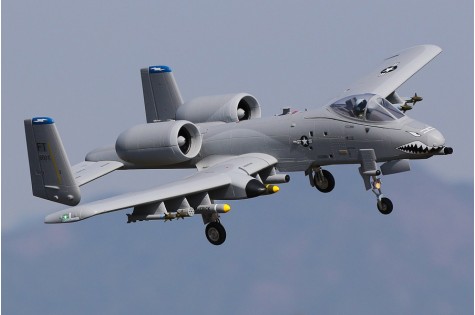 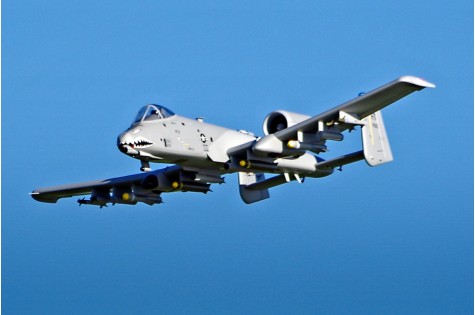 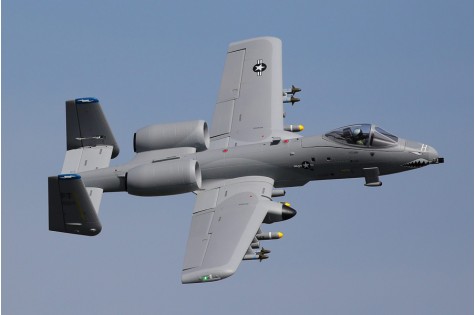 The Fairchild Republic A-10 Thunderbolt II is a single-seat, twin turbofan engine, straight wing jet aircraft developed by Fairchild-Republic for the United States Air Force (USAF). It is commonly referred to by the nicknames "Warthog" or "Hog", although the A-10's official name comes from the Republic P-47 Thunderbolt, a World War II fighter-bomber effective at attacking ground targets. The A-10 was designed for close air support (CAS) of friendly ground troops, attacking armored vehicles and tanks, and providing quick-action support against enemy ground forces. It entered service in 1976 and is the only production-built aircraft that has served in the USAF that was designed solely for CAS. Its secondary mission is to provide forward air controller–airborne support, by directing other aircraft in attacks on ground targets. Aircraft used primarily in this role are designated OA-10.

The A-10 was intended to improve on the performance of the A-1 Skyraider and its lesser firepower. The A-10 was designed around the 30 mm GAU-8 Avenger rotary cannon. Its airframe was designed for durability, with measures such as 1,200 pounds (540 kg) of titanium armor to protect the cockpit and aircraft systems, enabling it to absorb a significant amount of damage and continue flying. Its short takeoff and landing capability permits operation from airstrips close to the front lines, and its simple design enables maintenance with minimal facilities. The A-10 served in the Gulf War (Operation Desert Storm), the American led intervention against Iraq's invasion of Kuwait, where the A-10 distinguished itself. The A-10 also participated in other conflicts such as in Grenada, the Balkans, Afghanistan, Iraq, and against Islamic State in the Middle East.

The A-10A single-seat variant was the only version produced, though one pre-production airframe was modified into the YA-10B twin-seat prototype to test an all-weather night capable version. In 2005, a program was started to upgrade remaining A-10A aircraft to the A-10C configuration, with modern avionics for use with precision weaponry. The U.S. Air Force had stated the F-35 would replace the A-10 as it entered service, but this remains highly contentious within the USAF and in political circles. With a variety of upgrades and wing replacements, the A-10's service life can be extended to 2040; the service has no planned retirement date as of June 2017.

This article is an extract from the Wikipedia article "Fairchild Republic A-10 Thunderbolt II", which is released under the Creative Commons Attribution-Share-Alike License 3.0 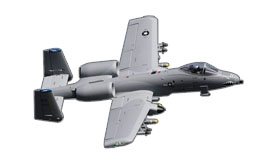 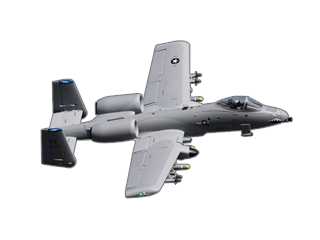 We cannot guarantee that the shops listed below do sell the A-10 Thunderbolt II in particular but at least we know they do distribute fms.

SOURCE: SkyRaccoon
SkyRaccoon and AIR-RC are the largest online databases about RC Model Flying and it's growing...
Each model has description, specifications, photos, video, icons for your radio and links to shops and manufacturers.
We are not selling anything, it's made by RC hobbyists for RC hobbyists. Enjoy !
SKYRACCOON
Copyright SkyRaccoon © 2020