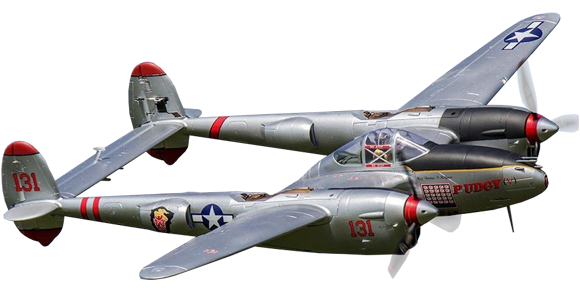 The legendary P-38 “Lightning” revolutionized aviation history in World War II. Designed by a skilled team of engineers led by Clarence Johnson and Hal Hibbard, the P-38 was the only American fighter that was continually produced from before Pearl Harbor in 1941 to after the Japanese surrender in 1945. Over 9,900 P-38s were built, 3,810 of which were the superior P-38L variant. Revered by its foes as the “fork tailed devil”, the P-38 excelled as a fighter, interceptor, reconnaissance platform, long range escort, and as a ground attack aircraft. The aircraft also famously shot down Admiral Isoroku Yamamoto’s aircraft during “Operation Vengeance” on April 18, 1943.

FlightLine’s P-38 represents the pinnacle of engineering for a foam electric P-38. It is the largest mass-produced foam electric P-38 in the world, with a high level of quality and scale fidelity. We know our customers have been waiting for a large P-38 with good size, clean wiring, and scale lines. The wait is over, it’s here!

The Flightline P-38 was designed for easy operation. Its outer wings disassemble with four screws for convenient transportation and allowing the aircraft to sit on all three wheels without the outer wings attached. FlightLine’s P-38 Lightning features durable electronic retractable landing gear, five sequenced servo driven landing gear doors, day-bright LEDs, machine gun details, plastic nose cone and cowls, four flaps, accurate canopy and nacelle shape, and many other scale details. Each rudder is directly controlled by its own servo. The cockpit layout accommodates a wide range of 4S 14.8v Li-Po batteries with ample space for electronics. To ensure a high degree of structural rigidity, the entire model was designed around a special framework of carbon rods and reinforcement points. This framework strengthens the aircraft during high speed maneuvers, while still providing a gentle and forgiving flying behavior.

The stock PNP version is equipped with two 3748 brushless outrunner motors and two 12x7 3-blade counter-rotating propellers for the perfect scale appearance. With the recommended 4S 14.8v 5000mAh (one battery per side or a single battery with your series adapter), the P-38 boasts sufficient power for large consecutive loops and a level top speed of 81mph. An optional “Upgrade Kit” can be purchased separately to obtain a level top speed of 94mph; click the Upgrades tab above. For your convenience, a striking "Bobcat II" livery is professionally pre-applied at the factory. Additional decal sets are available for purchase for pilots wanting to refinish and customize their aircraft with other liveries. 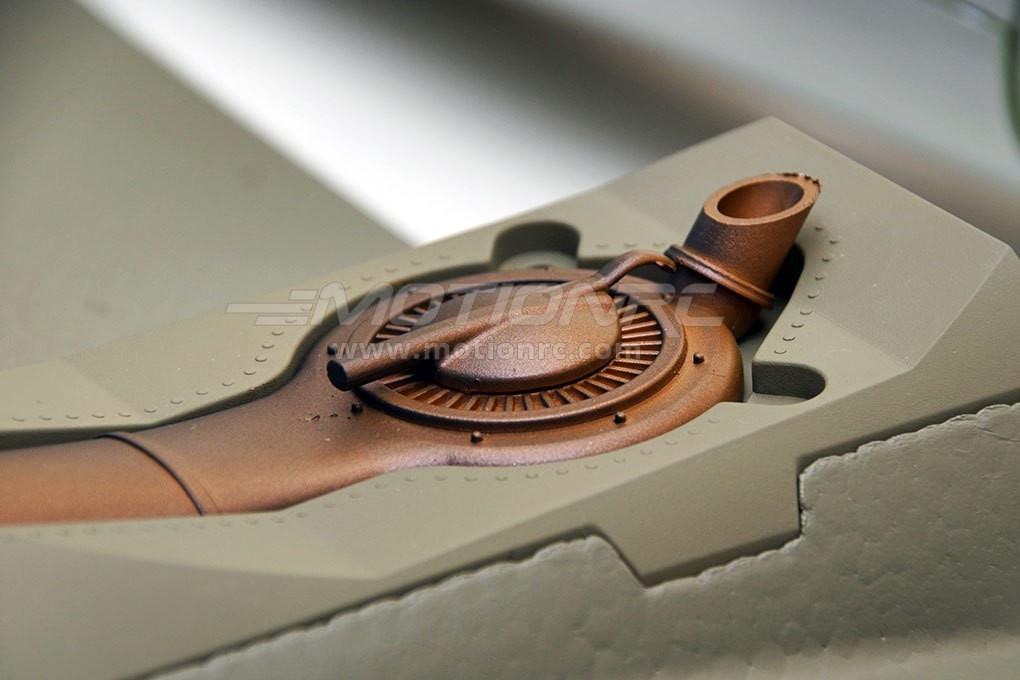 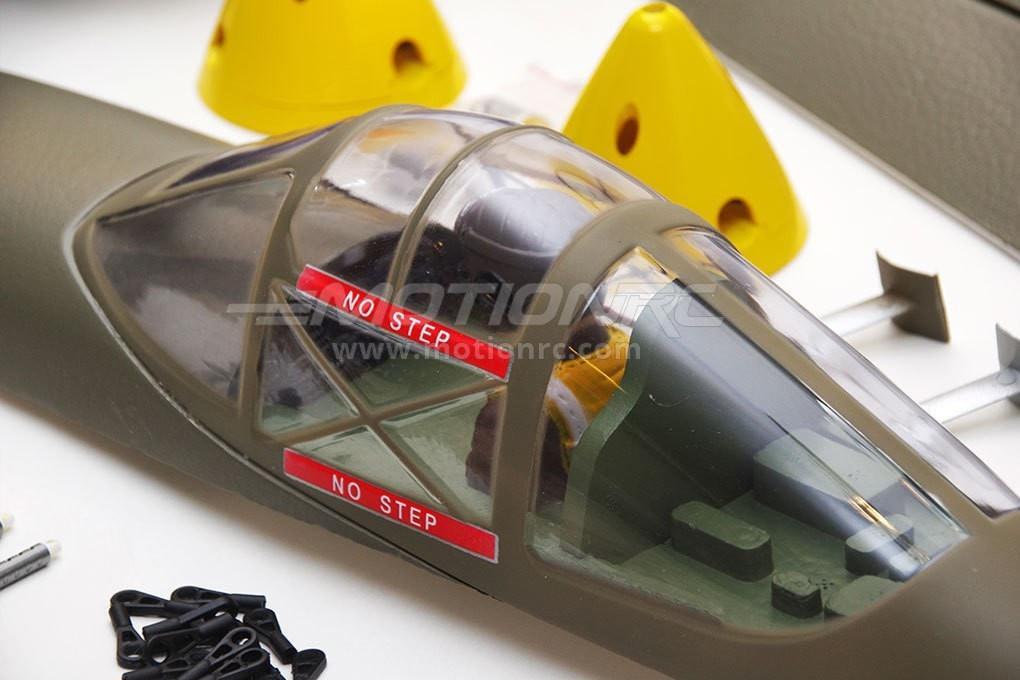 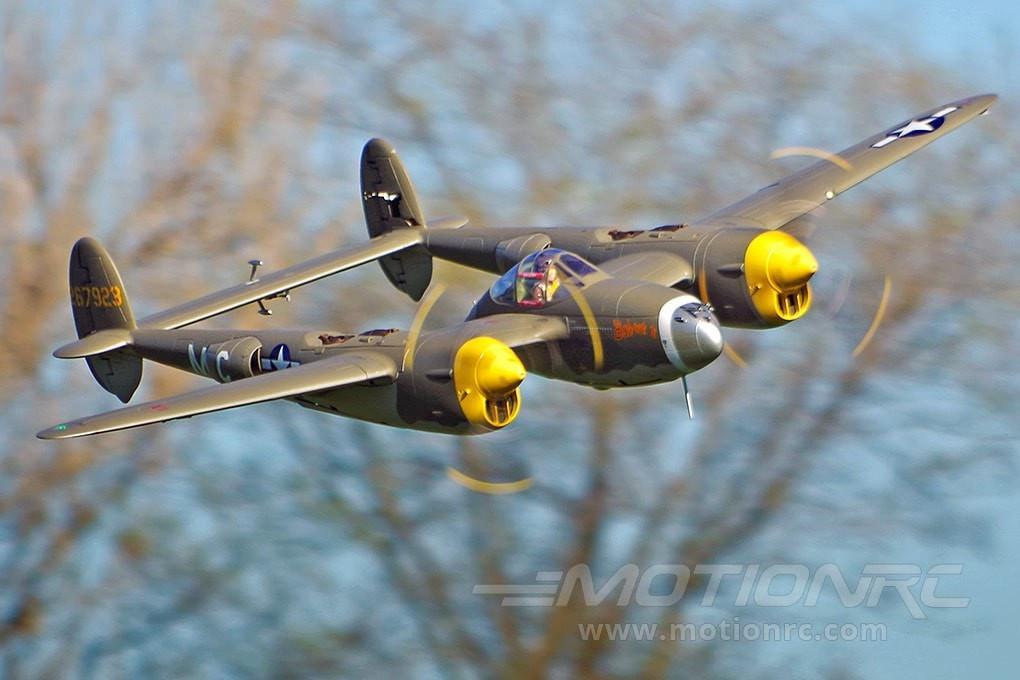 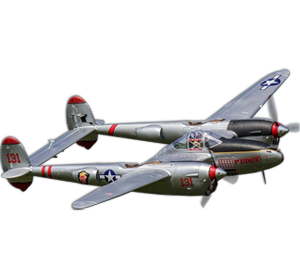 We cannot guarantee that the shops listed below do sell the P-38 Lightning in particular but at least we know they do distribute FlightLine RC.