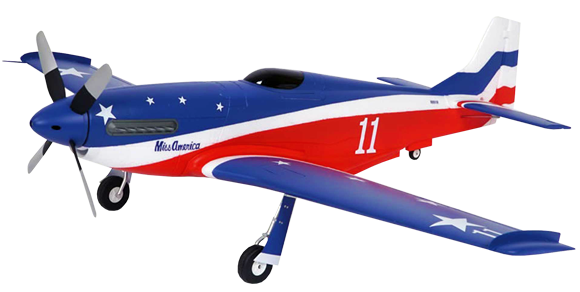 The P-51 comes with numerous scale details such as a realistic tilt landing gear, air intakes, functional flaps, a scale four-blade propeller and many more scale details that make the aircraft look like the real thing.

Powerful engine
The P-51 from FMS is powered by an oversized 900 KV brushless drive, an 80A regulator and a highly efficient 4-blade propeller. The brute power allows the P-51 to reach a top speed of over 140 km/h.

Built-in electronics
The model is made of EPO hard foam and comes with completely installed electronics ready to fly out of the box. Motor, controller, servos for aileron, rudder and elevator as well as the flaps and electronic retractable landing gear are ready installed. All that is needed is a suitable battery, which can fit up to 4,000mAh in the oversized battery compartment, and the remote control system.

FMS Reflex stabilization system included
Included with this model is an FMS Reflex system programmed specifically for this aircraft. This electronic stabilization system is designed to assist, but not interfere with, pilot control commands. The Reflex system works with both PPM and SBUS inputs, and works natively with all common rudder control systems. If the Reflex system is connected to a 3-channel switch, you can choose between 3 different modes:
Stabilized mode: when the control sticks are released, the model is automatically brought into a neutral flight position, which offers beginners and inexperienced pilots in particular a lot of safety in dicey situations.
Optimized mode: The gyro system of the Reflex system counteracts external influences such as gusts of wind or crosswinds and keeps the model precisely in a stable position. 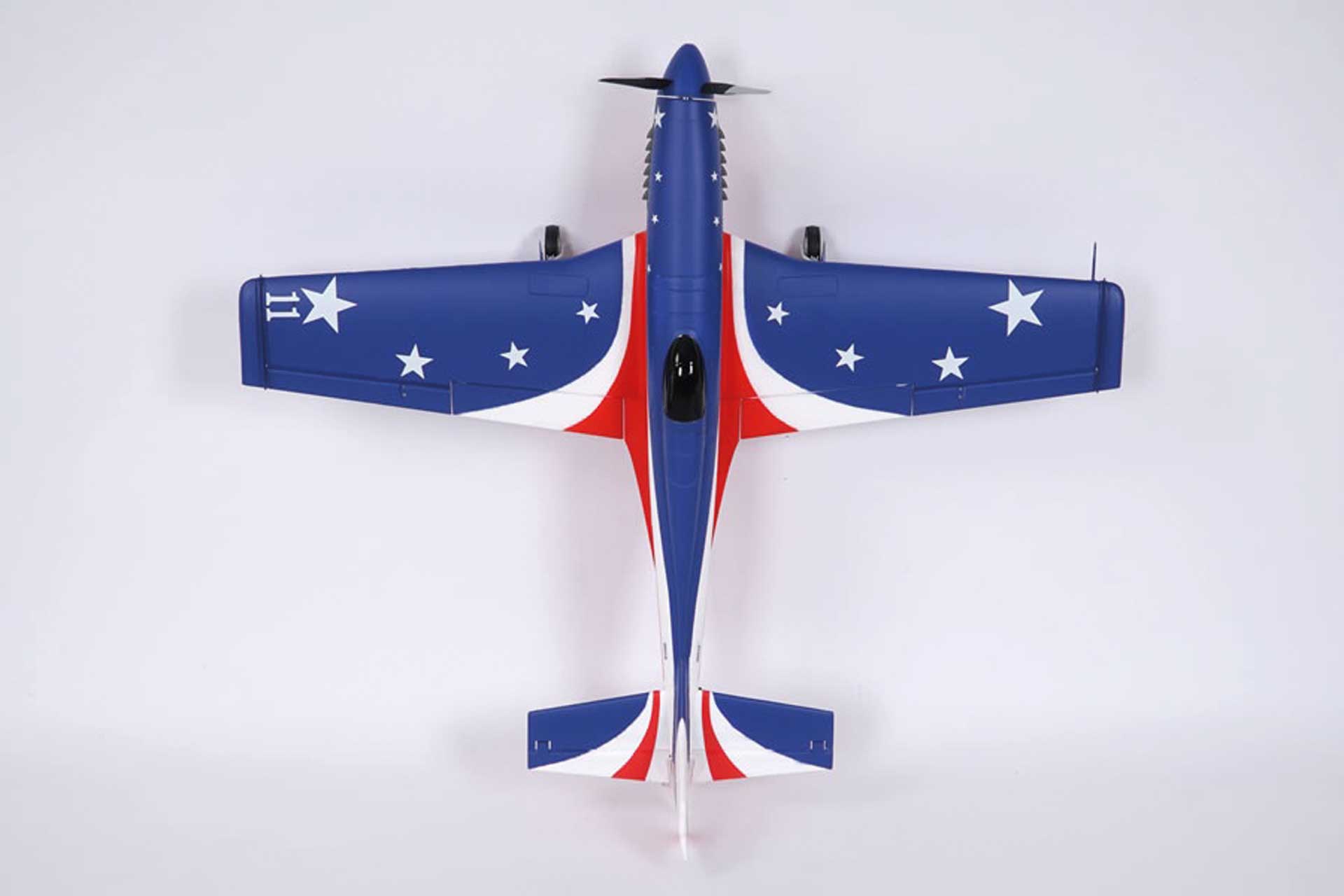 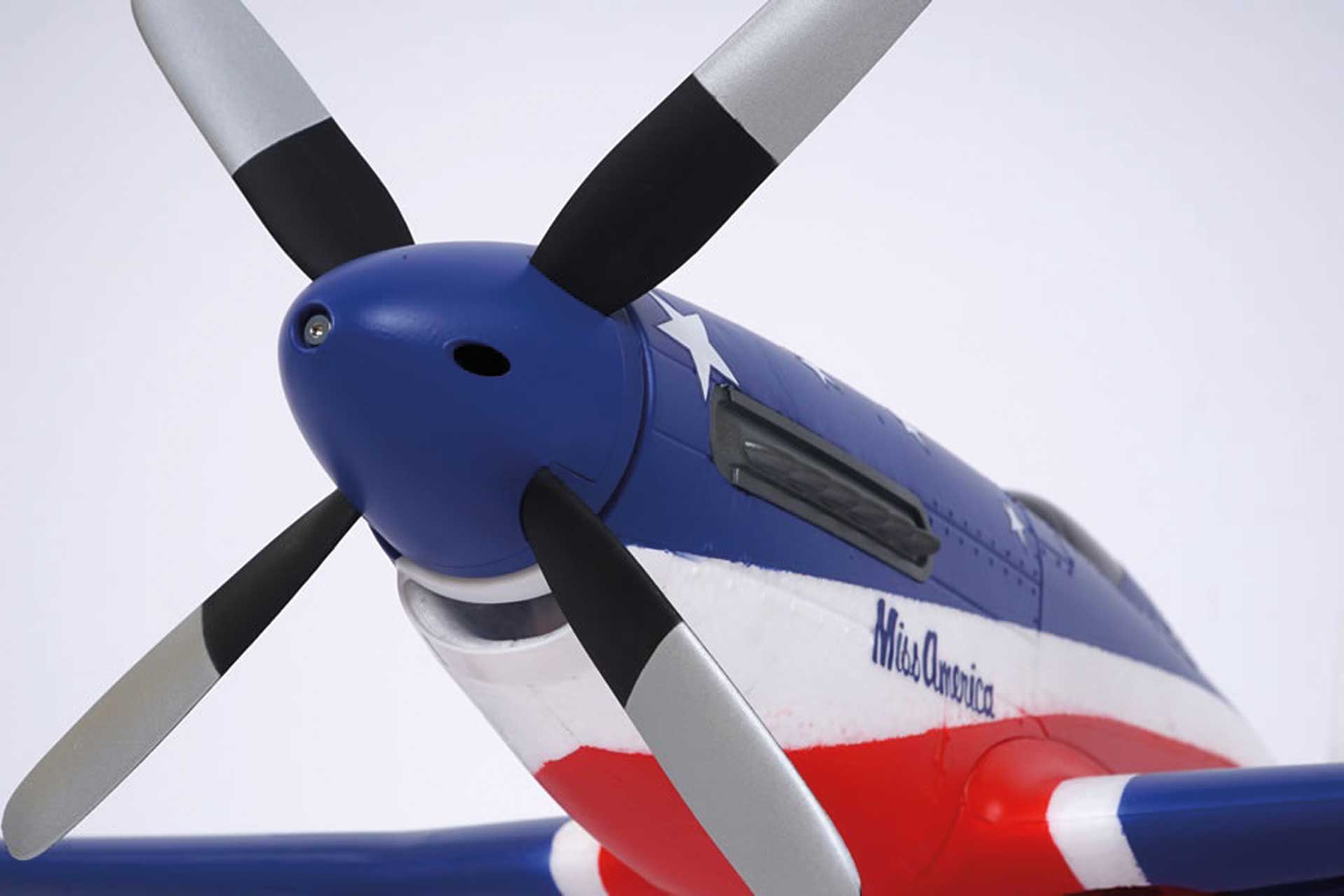 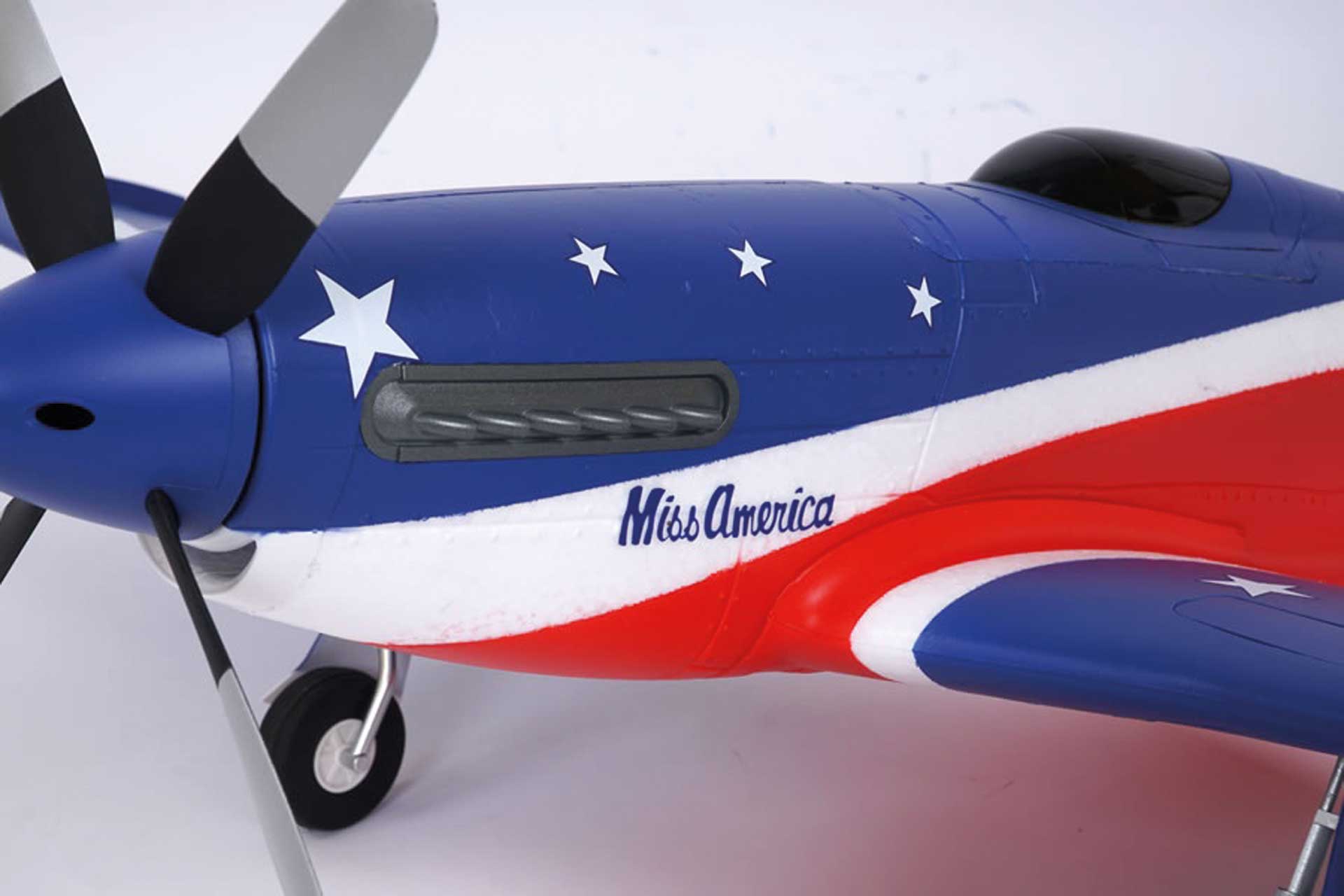 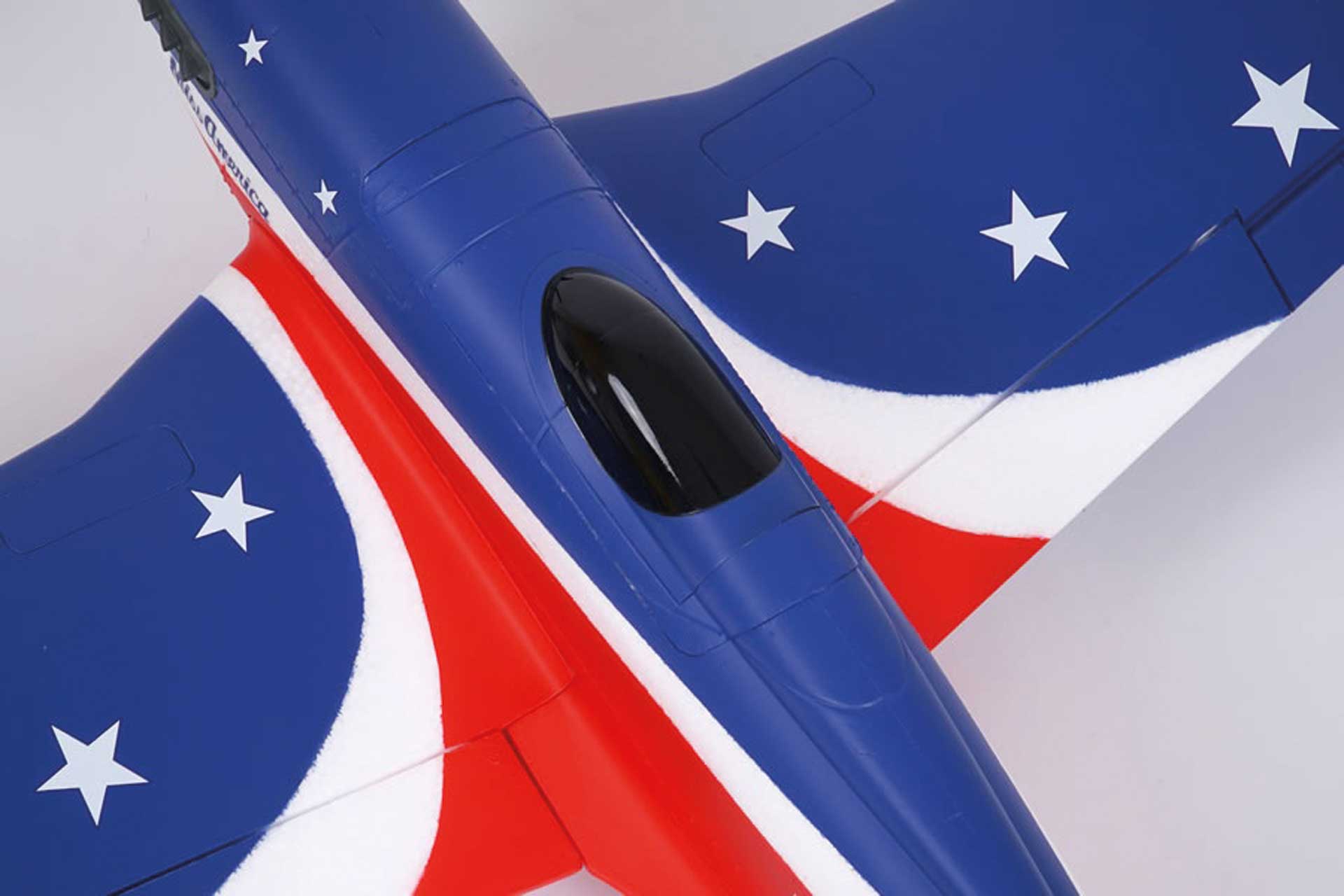 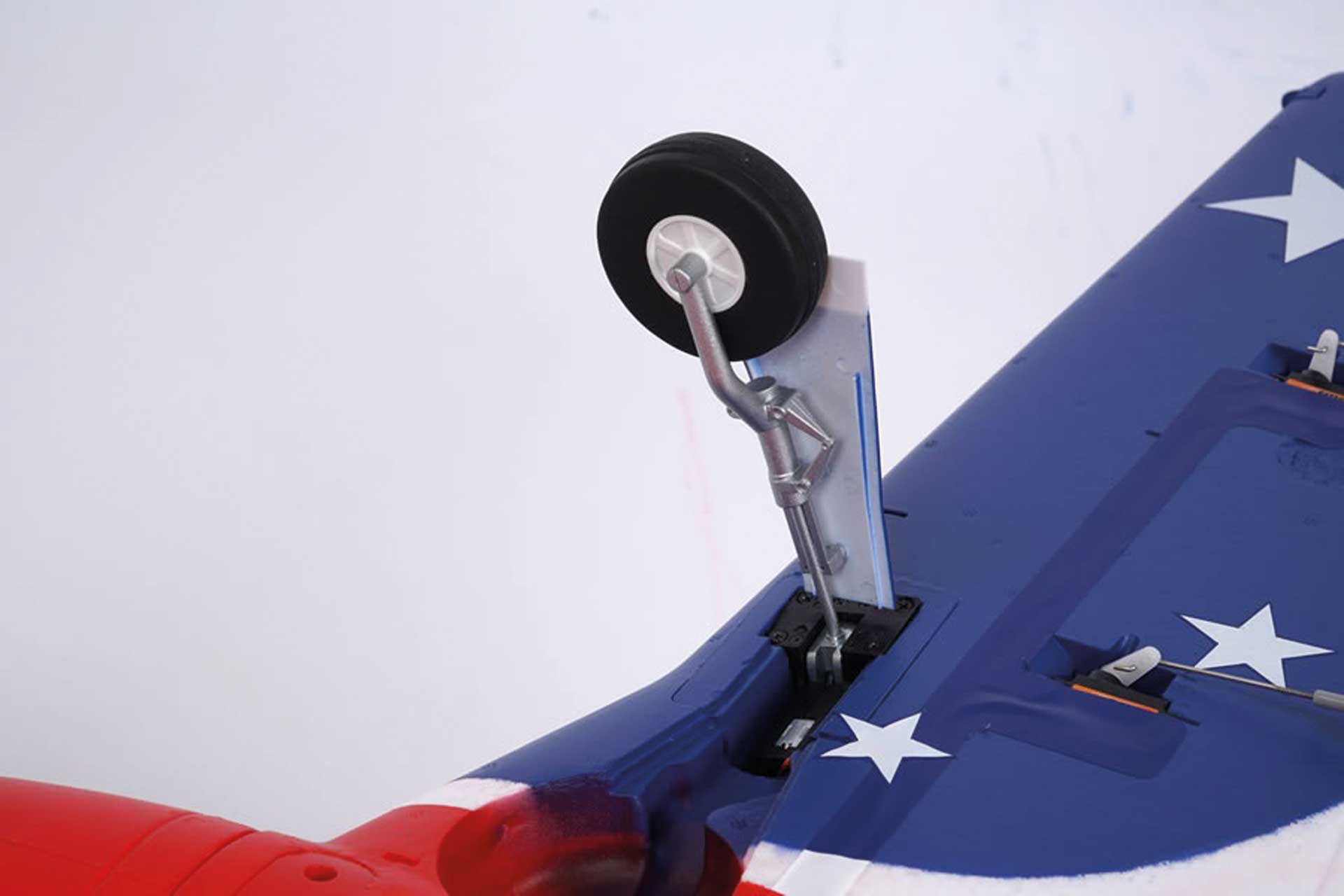 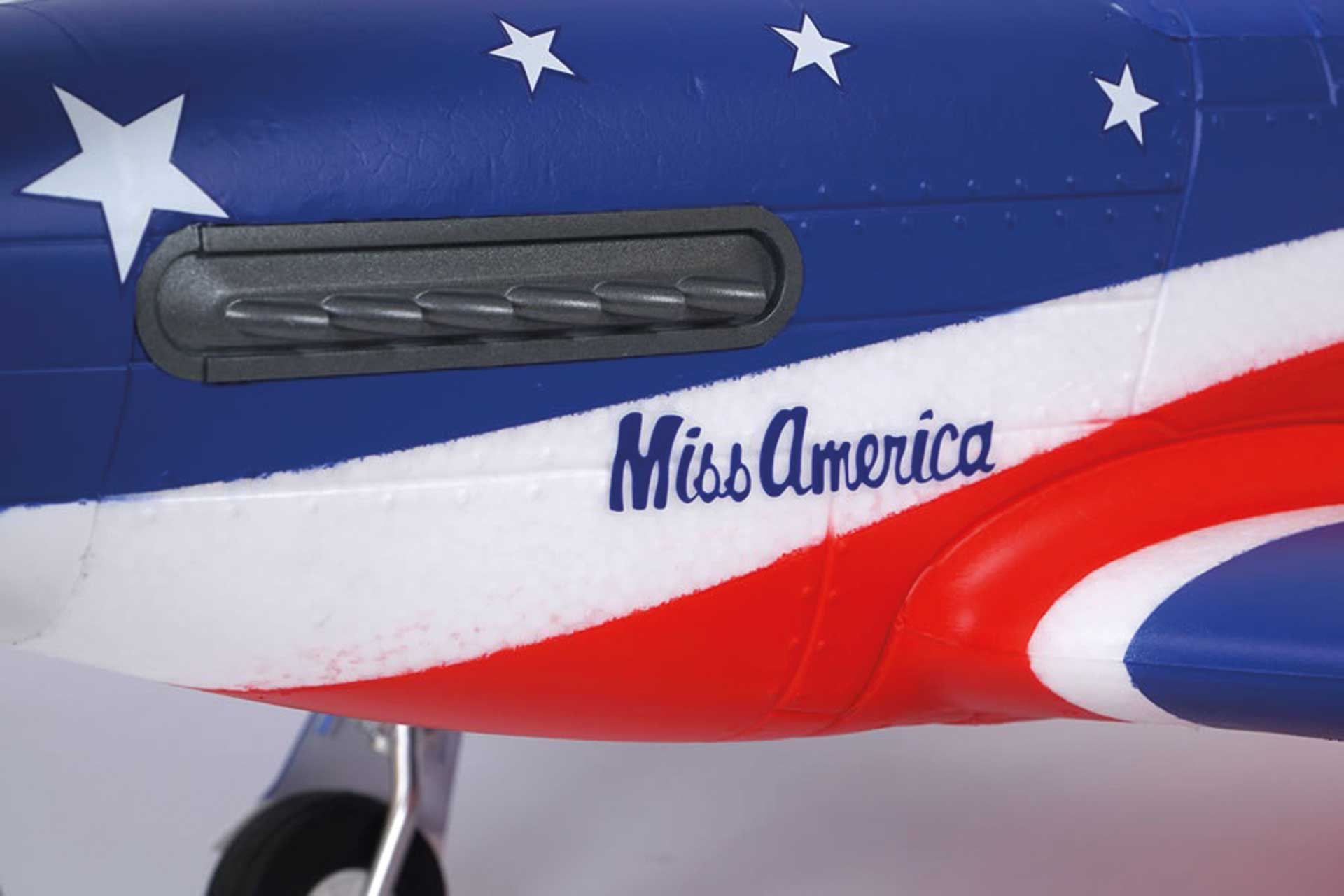 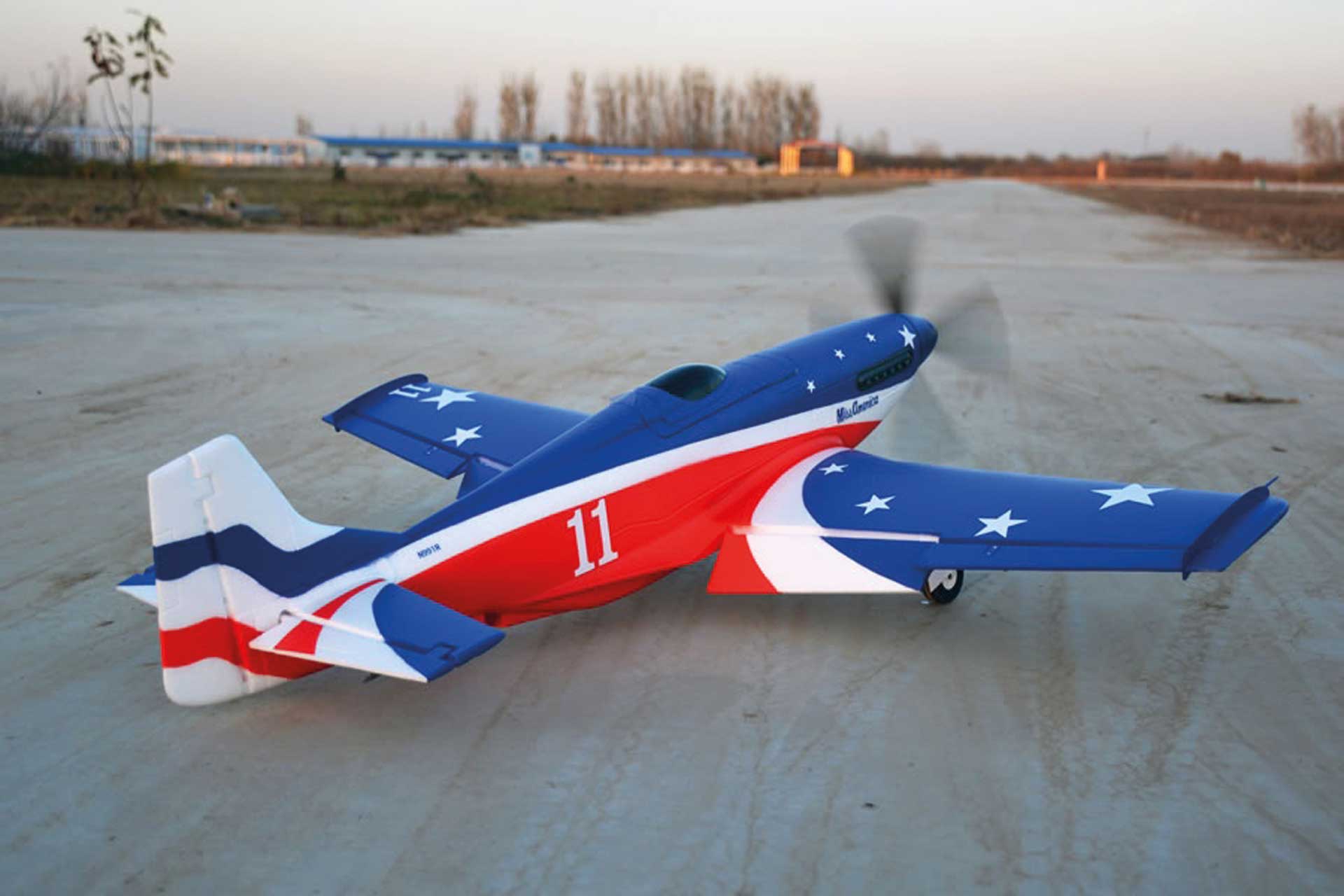 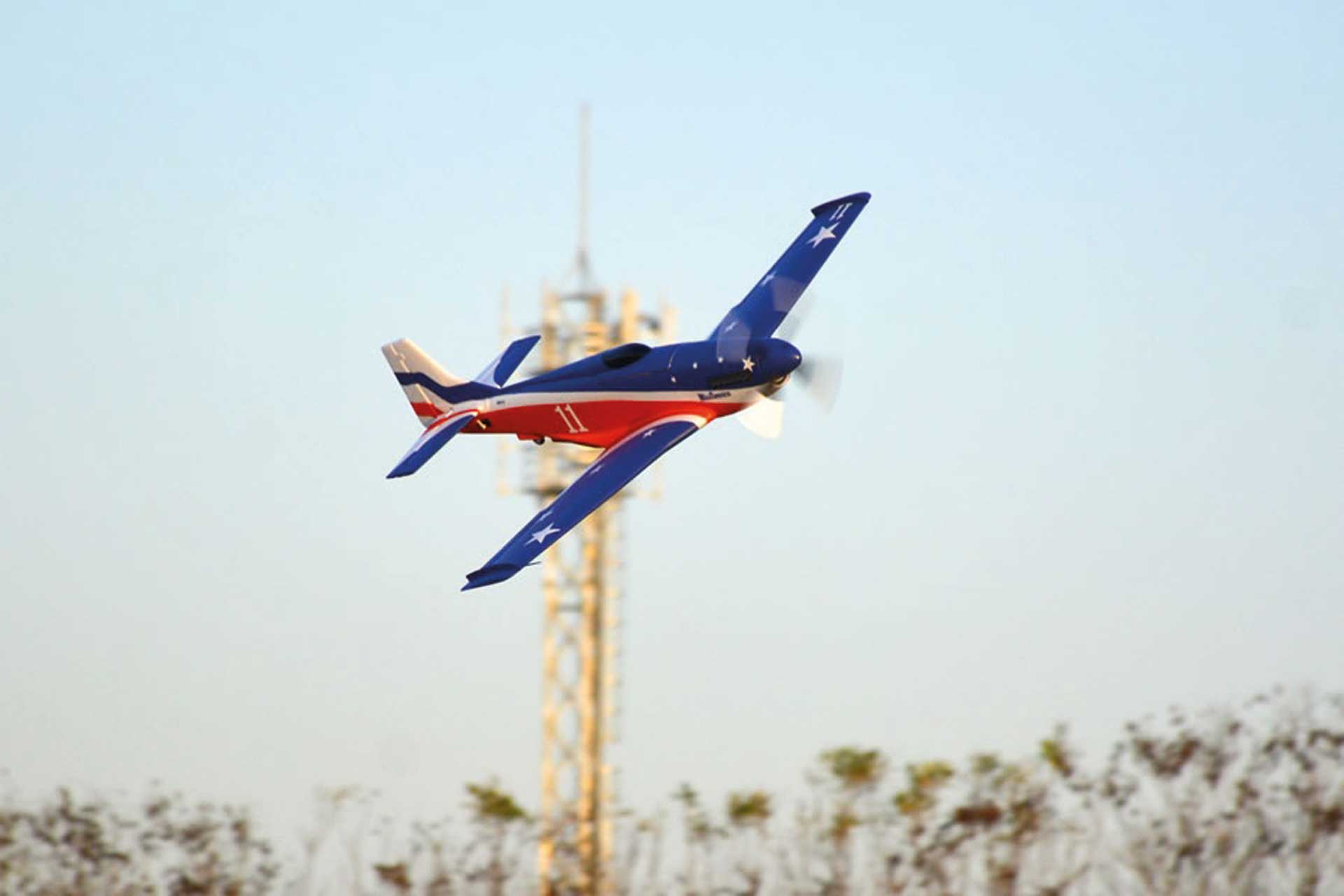 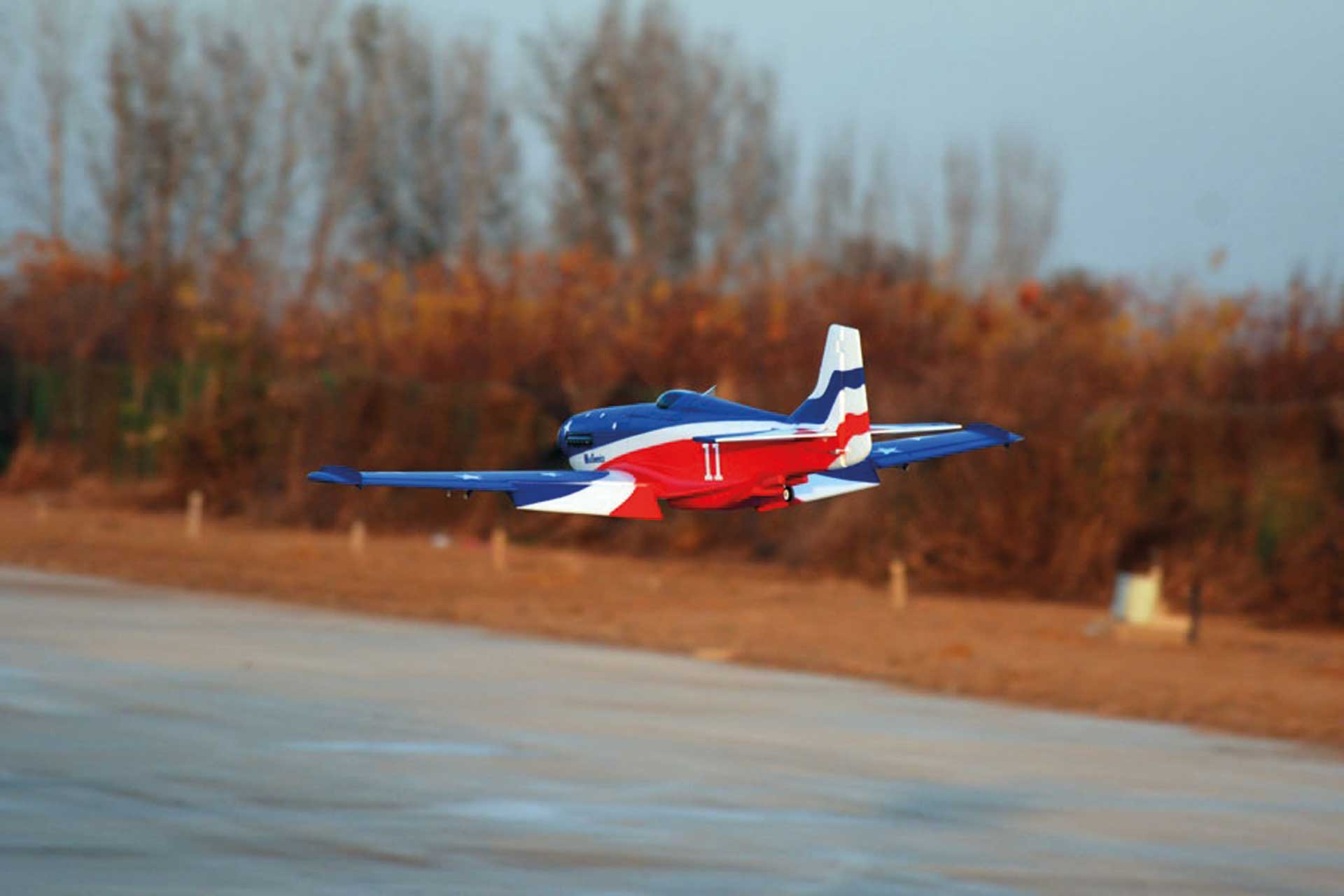 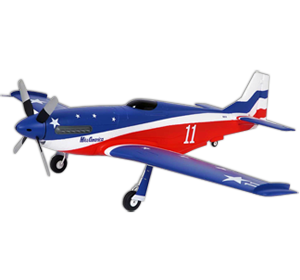 We cannot guarantee that the shops listed below do sell the P-51 Miss America in particular but at least we know they do distribute fms. 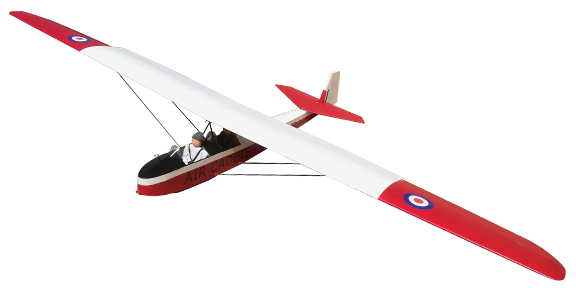 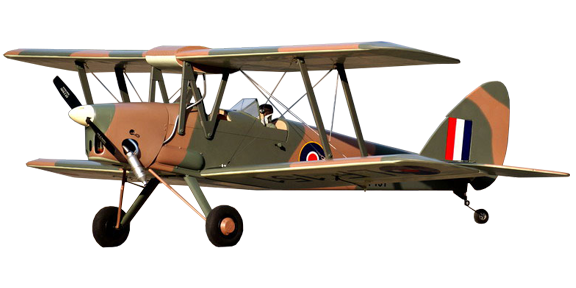 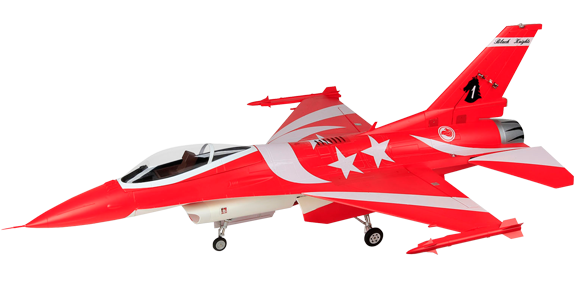